DNA under Force: Mechanics, Electrostatics, and Hydration
Next Article in Special Issue

Synthesis of Upconversion β-NaYF4:Nd3+/Yb3+/Er3+ Particles with Enhanced Luminescent Intensity through Control of Morphology and Phase
Previous Article in Special Issue

Within this work we define structural properties of the silicon carbonitride (SiCN) and silicon oxycarbide (SiOC) ceramics which determine the reversible and irreversible lithium storage capacities, long cycling stability and define the major differences in the lithium storage in SiCN and SiOC. For both ceramics, we correlate the first cycle lithiation or delithiation capacity and cycling stability with the amount of SiCN/SiOC matrix or free carbon phase, respectively. The first cycle lithiation and delithiation capacities of SiOC materials do not depend on the amount of free carbon, while for SiCN the capacity increases with the amount of carbon to reach a threshold value at ~50% of carbon phase. Replacing oxygen with nitrogen renders the mixed bond Si-tetrahedra unable to sequester lithium. Lithium is more attracted by oxygen in the SiOC network due to the more ionic character of Si-O bonds. This brings about very high initial lithiation capacities, even at low carbon content. If oxygen is replaced by nitrogen, the ceramic network becomes less attractive for lithium ions due to the more covalent character of Si-N bonds and lower electron density on the nitrogen atom. This explains the significant difference in electrochemical behavior which is observed for carbon-poor SiCN and SiOC materials. View Full-Text
Keywords: polymer-derived ceramics; lithium-ion battery; SiOC; SiCN; carbon content polymer-derived ceramics; lithium-ion battery; SiOC; SiCN; carbon content
►▼ Show Figures 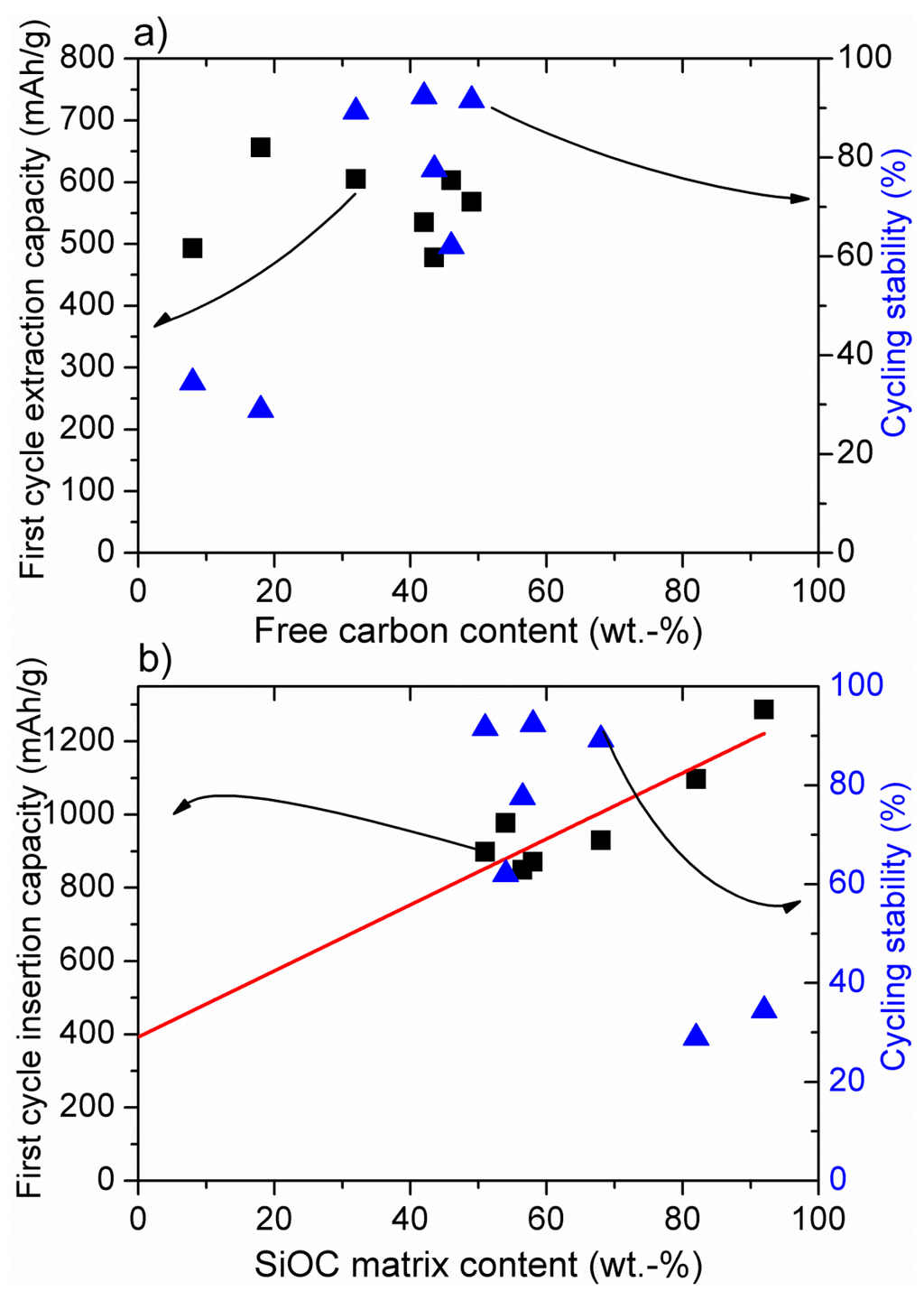