Is the Board of Directors’ Religion Related to Tax Avoidance? Empirical Evidence in South Korea
Previous Article in Journal

Does Religiosity Affect Attitudes toward the Ethics of Tax Evasion? The Case of Turkey

More than 100 articles and book chapters have been published on the ethics of tax evasion in recent decades. Some are theoretical, while others are empirical in nature. The current study aims to do both. A few studies have examined the religious aspects of ethics and taxation. Of those studies, the vast majority have compared the views of various religions on the subject of tax evasion. The current study reviews some of prior studies, but it also examines an aspect of tax evasion that has been relatively neglected in the literature—religiosity.
The literature on the ethics of tax evasion is reviewed in Part 2. Part 3 discusses the methodology, which consists of a survey instrument that was distributed to a wide range of participants in Turkey. The survey included some traditional questions as well as a series of questions on religiosity, which is from past studies. The results of the study are presented in Part 4. Finally, Part 5 presents conclusions and suggestions for further research.

Participants were randomly selected from individual taxpayers in Malatya, a city in Turkey. Out of a total of 500 questionnaire forms distributed to taxpayers, 378 usable responses were obtained. The return rate was 75.60 percent. During the analysis, only 4 questionnaire forms were omitted as invalid. Refer to Table 1 for details.
A majority of the respondents (36.90 percent) had a graduate degree followed by 34.20 percent with a high school diploma. The sample comprised 67.10 percent of males and 32.40 percent females. The sample was separated into three age groups: (1) 18 to 24 (7.50 percent); (2) 25 to 44 (70.30 percent); (3) 45 and above (21.70 percent). Table 1 also indicates 66.00 percent of the respondents were married, while the rest (32.90 percent) were single.

The survey instrument was divided into three parts. The first section included demographic information, such as gender, age, marital status, and level of education. The religiosity scale was placed in the second part. The last part of the survey included the ethics of tax evasion statements.
In this paper, religiosity was measured on the bases of “The Religious Commitment Inventory-10” (now referred to as RCI-10) (Worthington et al. 2003) (5-point Likert scale; 1 = not at all true for me, 5 = totally true to me). RCI-10 was divided into two subscales, namely, intrapersonal (six items; RCI-1, RCI-2, RCI-3, RCI-4, RCI-5, and RCI-6) and interpersonal (four items; RCI-7, RCI-8, RCI-9, and RCI-10). The intrapersonal subscale measures the strength of a person’s faith and the extent of involvement of religion into his or her personal life. On the other side, the interpersonal subscale evaluates participation in organized religious activities, which means a person’s association with religious organizations and working for organizing and supporting their activities (Goel and Misra 2020). RCI-10 also enables us to measure the level of individual religiosity. According to the scale, an individual with a score of 38 or higher would be classified as highly religious (Worthington et al. 2003, p. 94). Therefore, a low level of religiosity was in the range of 0 to 37 and a high level of religiosity was between 38 and 50 (Mohd Ali 2013).
The 18-item ethics of tax evasion questionnaire was used to rate attitudes towards tax evasion. The first 15 statements reflected the major arguments that have been used in the literature for the past 500 years to justify tax evasion (Crowe 1944). The last three statements were added so that more recent human rights issues could be incorporated into the survey (McGee 2012a). By using a five-point Likert scale, respondents were asked to put the most appropriate number in the designated space to indicate the extent of their agreement or disagreement with each statement (1 = strongly agree; 5 = strongly disagree).

4.2. Level of Religiosity and Ethics of Tax Evasion

4.3. Dimensions of Religiosity and the Ethics of Tax Evasion

This empirical study finds that there is an important relationship between both interpersonal and intrapersonal religiosity as well as views on the ethics of tax evasion. The research uncovered that various reasons used to justify tax evasion had been put forward by participants in similar circumstances with strong feelings against the government. This, however, cannot be construed as a conclusive finding to show that those who have deployed justifications throughout the 500 years and in different nations have done so. The strongest assertions to justify tax evasion appeared to be the ones that involve human rights abuses. On the other hand, the weakest justifications were those where the taxpayer benefited from the taxes paid or where the funds were spent intelligently, where the risk of getting caught was low, or where everybody else was doing it.
The relative strength of the various reasons that have been advanced to justify tax evasion over the years remain similar to the findings of other studies based on the McGee (2012a) survey instrument, although the ranking of the 18 arguments may differ slightly from survey to survey. The present study, however, differs in that it has aimed to seek the opinions of a wider segment of the population. Many (not all) of the McGee surveys gathered student opinions, which is a subset of the general population. Thus, the findings of the present survey may be seen as more representative of the general population.
This current research can be replicated and expanded in various ways. Interpersonal and intrapersonal religiosity has thus far been underexplored in the literature. For that reason alone, this topic is ripe for future study. The present study did not attempt to investigate whether differences may exist for some of the demographic variables, such as age, gender, education, or marital status. Some of the McGee studies have explored these variables as part of the various 18-statement surveys but exploring male and female differences or differences based on age, marital status, or education level have not been done in the areas of interpersonal and intrapersonal religiosity.
The present study explored the Turkish opinion. Turkey is more than 98 percent Muslim, mostly Sunni Muslim (Wikipedia 2020). The present study could be replicated in other Sunni Muslim countries as well as Shia Muslim countries and non-Muslim countries to see whether the results are similar or different. Several studies have examined religious differences of opinion on the ethics of tax evasion in general, often using the 18-statement survey, but that survey did not include religiosity questions. Thus, examining the religiosity of other religions, such as Christianity, Buddhism, and Hinduism, among others, might be fruitful. Prior research has found that differences of opinion exist between and among the various religions (Bose 2012; Cohn 1998, 2012; DeMoville 1998; Jalili 2012; McGee 2012a; Mohd Ali 2013; McGee and Benk 2019; Schansberg 1998; Smith and Kimball 1998; Tamari 1998; Worthington et al. 2003) when it comes to tax evasion, but religiosity has not been the focus, therefore largely underexplored. Indeed, it is quite possible that Baptist Christians would have different mean scores than Catholic Christians, for example, or that Buddhists would have different views than Hindus or Muslims. 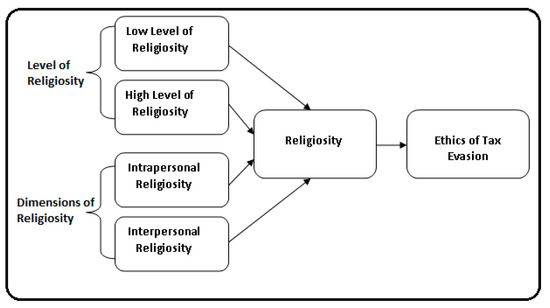 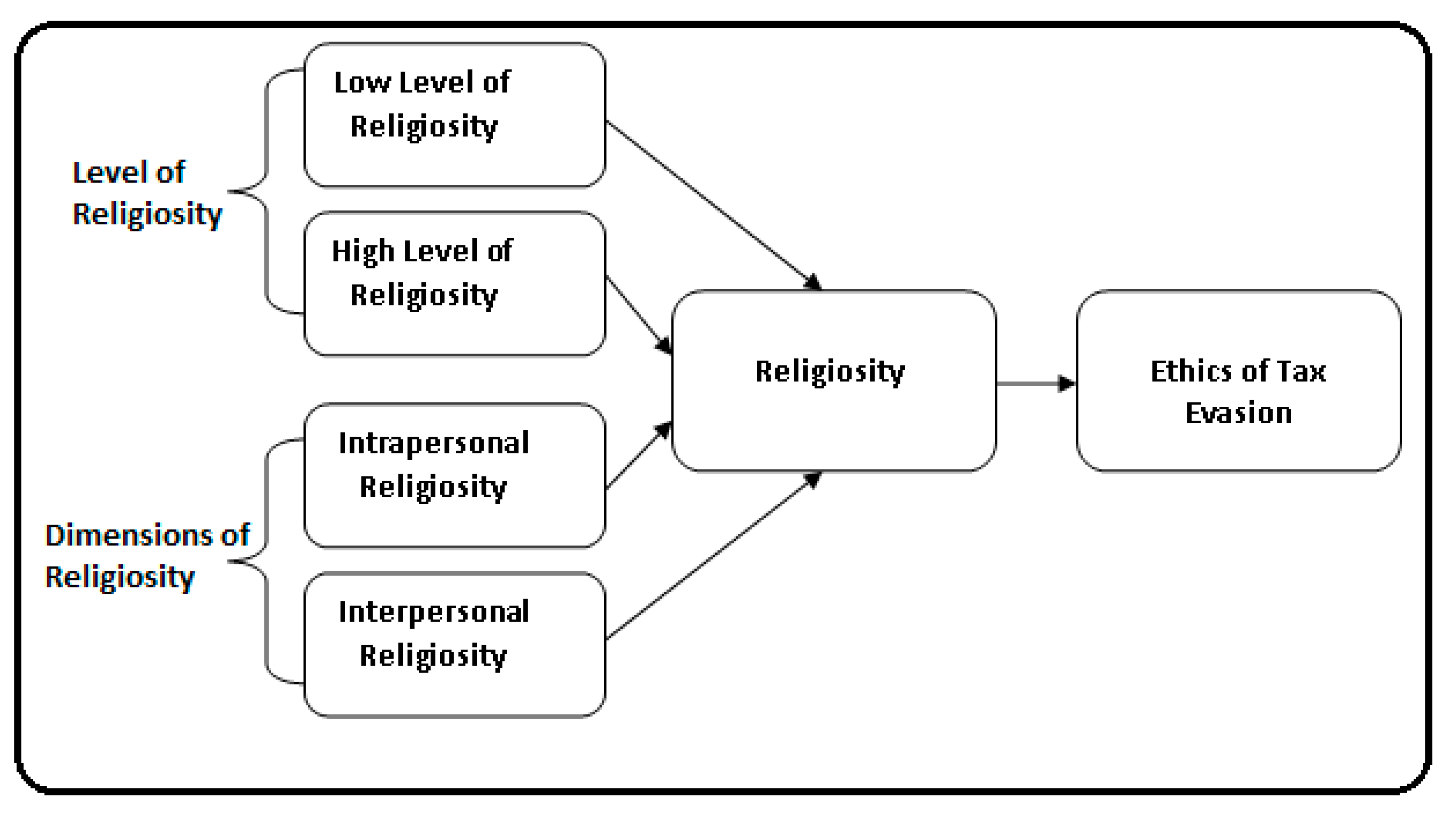 Table 7. Regression Analysis of Model 3.
Table 7. Regression Analysis of Model 3.
*** p < 0.001, ** p < 0.01, * p < 0.05, VIF(variance inflation factors) values are 1 for this model.
© 2020 by the authors. Licensee MDPI, Basel, Switzerland. This article is an open access article distributed under the terms and conditions of the Creative Commons Attribution (CC BY) license (http://creativecommons.org/licenses/by/4.0/).
We use cookies on our website to ensure you get the best experience. Read more about our cookies here.
Accept
We have just recently launched a new version of our website. Help us to further improve by taking part in this short 5 minute survey here. here.
Never show this again