Use of Underwater Acoustics in Marine Conservation and Policy: Previous Advances, Current Status, and Future Needs
Next Article in Special Issue

Changes in Free-Living and Particle-Associated Bacterial Communities Depending on the Growth Phases of Marine Green Algae, Tetraselmis suecica
Previous Article in Special Issue

Estuarine processes play a key role in determining the amount and quality of land-derived dissolved organic matter (DOM) reaching the oceans. Microbial-mediated reactions can affect the concentration, quality, and bioavailability of DOM within an estuary. In this study, we investigated biological DOM removal in a small estuary and its variability in two contrasting seasons (spring and autumn) characterized by natural differences in the concentration and quality of the riverine DOM. Two incubation experiments were carried out using natural DOM and heterotrophic prokaryotes community collected at the estuary in March and September. Dissolved organic carbon (DOC) concentration, DOM fluorescence, and the heterotrophic prokaryotes abundance (HPA) showed marked differences between the two seasons. These parameters were followed through time for up to two months. Despite the marked differences in the initial conditions, the DOC removal rates were surprisingly similar in the two periods (16 µM DOC month−1 in March and 18 µM DOC month−1 in September), with the biggest removal in the first 48 h. The trend of fluorescent DOM (FDOM) during the incubation showed marked differences between the two periods. In March, the net removal of all the FDOM components was observed consistently with the decrease in DOC; whereas, in September, the net production of humic-like substances was observed. View Full-Text
Keywords: DOM; biological lability; FDOM; estuary; Arno River; bacterial growth efficiency DOM; biological lability; FDOM; estuary; Arno River; bacterial growth efficiency
►▼ Show Figures 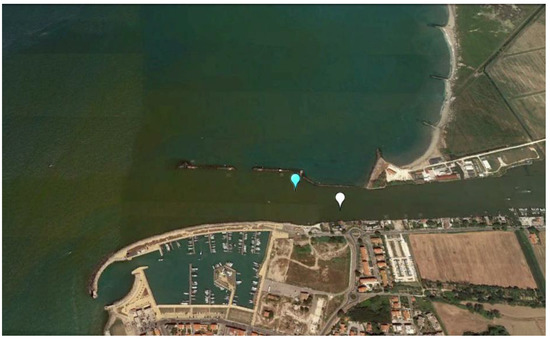