The Role of Latent Heat Flux in Tropical Cyclogenesis over the Western North Pacific: Comparison of Developing versus Non-Developing Disturbances
Next Article in Special Issue

The Snell’s Window Image for Remote Sensing of the Upper Sea Layer: Results of Practical Application
Previous Article in Journal

Long-term ecological monitoring of reef fish populations often requires the simultaneous collection of data on benthic habitats in order to account for the effects of these variables on fish assemblage structure. Here, we described an approach to benthic surveys that uses photogrammetric techniques to facilitate the extraction of quantitative metrics for characterization of benthic habitats from the resulting three-dimensional (3D) reconstruction of coral reefs. Out of 92 sites surveyed in the Northwestern Hawaiian Islands, photographs from 85 sites achieved complete alignment and successfully produced 3D reconstructions and digital elevation models (DEMs). Habitat metrics extracted from the DEMs were generally correlated with one another, with the exception of curvature measures, indicating that complexity and curvature measures should be treated separately when quantifying the habitat structure. Fractal dimension D64, calculated by changing resolutions of the DEMs from 1 cm to 64 cm, had the best correlations with other habitat metrics. Fractal dimension was also less affected by changes in orientations of the models compared to surface complexity or slope. These results showed that fractal dimension can be used as a single measure of complexity for the characterization of coral reef habitats. Further investigations into metrics for 3D characterization of habitats should consider relevant spatial scales and focus on obtaining variables that can complement fractal dimension in the characterization of reef habitats. View Full-Text
Keywords: structure-from-motion photogrammetry; 3D reconstruction; digital elevation model; habitat complexity; coral reef structure-from-motion photogrammetry; 3D reconstruction; digital elevation model; habitat complexity; coral reef
►▼ Show Figures 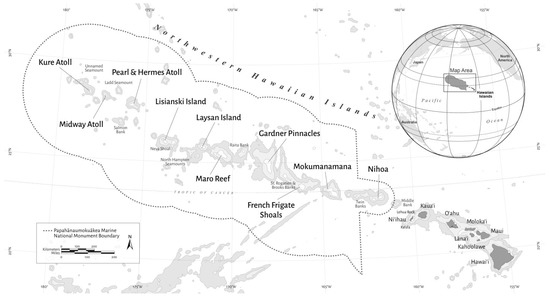