Mooring systems are among the most critical sub-systems for floating marine energy converters (MEC). In particular, the occurrence of peak mooring loads on MEC mooring systems must be carefully evaluated in order to ensure a robust and efficient mooring design. This understanding can be gained through long-term field test measurement campaigns, providing mooring and environmental data for a wide range of conditions. This paper draws on mooring tensions and environmental conditions that have been recorded (1) for several months during the demonstration of an MEC device and (2) over a period of 18 months at a mooring test facility. Both systems were installed in a shallow water depth (45 m and 30 m, respectively) using compliant multi-leg catenary mooring systems. A methodology has been developed to detect peak mooring loads and to relate them to the associated sea states for further investigation. Results indicate that peak mooring loads did not occur for the sea states on the external contour line of the measured sea states, but for the sea states inside the scatter diagram. This result is attributed to the short-term variability associated with the maximum mooring load for the given sea state parameters. During the identified sea states, MEC devices may not be in survival mode, and thus, the power take-off (PTO) and ancillary systems may be prone to damage. In addition, repeated high peak loads will significantly contribute to mooring line fatigue. Consequently, considering sea states inside the scatter diagram during the MEC mooring design potentially yields a more cost-effective mooring system. As such, the presented methodology contributes to the continuous development of specific MEC mooring systems. View Full-Text
Keywords: mooring system; peak mooring load; environmental condition; sea trial; field test; CALM buoy mooring system; peak mooring load; environmental condition; sea trial; field test; CALM buoy
►▼ Show Figures 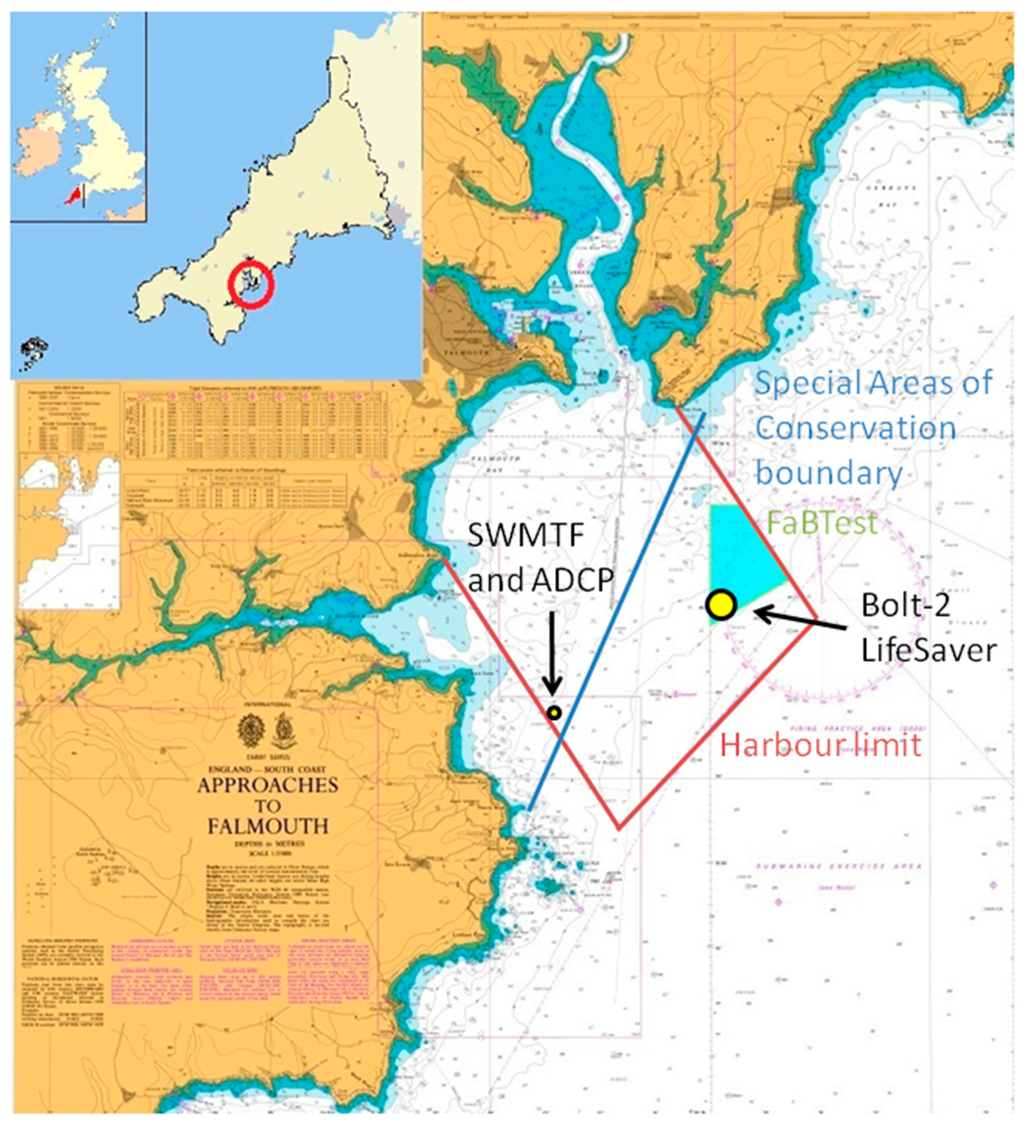