Comparison of Causality of Temperature and Precipitation on Italian Ryegrass (Lolium Multiflorum Lam.) Yield between Cultivation Fields via Multi-Group Structural Equation Model Analysis in the Republic of Korea
Next Article in Special Issue

Influence of Harvest Stage and Rootstock Genotype on Compositional and Sensory Profile of the Elongated Tomato cv. “Sir Elyan”
Previous Article in Journal

Yield and Quality of Faba Bean (Vicia faba L. var. major) Genotypes as a Vegetable for Fresh Consumption: A Comparison between Italian Landraces and Commercial Varieties

Six genotypes of broad beans were used for the experimentation: two commercial varieties (Aguadulce supersimonia and Extra-early purple) and four Puglia landraces (FV5, Cegliese, Iambola, and San Francesco—Table 1).
The six genotypes were cultivated in open field at “La Noria” experimental farm of the Institute of Sciences of Food Production of the Italian National Research Council, located in Mola di Bari (Ba, Italy), 24 m above sea level, 41°03′ N, 17°04′ E. Sowing was carried out on autumn 2017 using 4.16 plants m−2 (80 cm between rows and 30 cm within row). Seeds were sown in pockets using three seeds per pocket. After seedling emergence, thinning was carried out in order to obtain one plant per pocket. Every plot was of 30 plants, although plants on the border rows were not used for sampling. A randomized block design with three replications was adopted in the field. Plants were grown according to the agricultural practices of farmers specialized in the cultivation of local tomato landraces. No fertilization was carried out, while a drip irrigation system was set up to carry out supplemental irrigation between sowing and emergence of seedling. Temperatures and rainfall are reported in Figure 1.
Harvesting was performed according to the progressive ripening of pods for fresh consumption, choosing those which appeared turgid to the touch and with well-formed seeds. Four harvest were carried out between April and May 2018. Harvesting was carried out simultaneously for all genotypes on 12 plants of the sampling area inside each plot. Quality analysis were carried out in triplicate for each plot at second harvest by using a representative portion of the entire plot harvest.
The harvested pods were transported to the laboratory of the Department of Agricultural and Environmental Science, University of Bari Aldo Moro, Italy, for performing both physical and chemical analysis. About 200 g of seeds for each replication were freeze-dried for the chemical analysis.

Before seeding for each genotype, the weight of 1000 dry seeds was measured in triplicate by using an analytical balance (precision 0.001 g). On harvested pods were measured as follows: weight (g), length (cm), number of seeds and seeds weight (g); yield (weigh and number of pods per both plant and area). Length, width, and thickness of the seed were also measured.
According to the Commission Internationale de l’Eclairage (CIE) color parameters (L, a*, b*) were detected by using the colorimeter CR-400 Chroma Meter (Minolta Co., Osaka, Japan). Each measurement was carried out in triplicate on 30 fresh seeds per sample. The colorimeter was calibrated with a standard reference (a white ceramic plate) with values L, a* and b* of 97.55, 1.32 and 1.41, respectively. Hue angle (h° = tan−1 (b*/a*)) and saturation or chroma (C = (a*2 + b*2)1/2) were then calculated from the primary L, a* and b* readings.
Total soluble solids (TSS) content were measured by using the refractometer DBR45 (XS Instruments, Carpi, Modena, Italy) on the liquid seeds extract obtained by homogenizing 100 g of sample in a blender (Sterilmimex lab, International PBI, Milan, Italy), and then filtering the juice; results were expressed in °Brix. For the measurement of dry weight (DW). Fresh seed samples were maintained in a forced draft oven at 70 °C until constant weight was reached.

The titratable acidity (TA) was measured using a pH meter Model 507 (Crison, Milan, Italy) by potentiometric titration of seeds juice (10 mL) to pH 8.1 using NaOH (0.1 M). The results were expressed as percentage of citric acid equivalents in the juice. The pH values were determined with a pH meter Model 507 (Crison, Milan, Italy). The crude proteins content (N × 6.25) of the seeds was determined by Kjeldahl nitrogen, according to the AOAC method 955.04 [18].

Vitamin C was measured according to the method reported by Lee et al. [19] with some modifications. Briefly, 5 g of samples were extracted by 50 mL of 3% (w/v) metaphosphoric acid followed by shaking for 45 min at 4 °C. Then, samples were centrifuged at 4000 r for 10 min and the supernatant (0.5 mL) was filtered with a 0.22 μm Nylon® filter (Fisher ScientificTM, Waltham, MA, USA). The High Performance Liquid Chromatography (HPLC) analysis was performed using an Agilent 1100 quaternary pump and an Agilent 1260 UV detector (Agilent Technologies, Santa Clara, CA, USA), and the absorbance was measured at 210 nm. To determine ascorbic acid content, a calibration curve of authentic L-ascorbic acid was used.

For total phenols (TP) the extraction procedure reported by Renna et al. [20] was used. A 0.45 g sample of lyophilized seeds was homogenized in methanol/water (80:20 v/v) for 1 min and then centrifuged at 6440 r for 5 min at 4 °C. TP were determined using a T60U spectrophotometer (PG Instruments, Woodway lane, Alma park, Leicestershire, UK) and the absorbance was measured at 765 nm; results were expressed as mg of gallic acid equivalents (GAE) per 100 g FW.

Chlorophylls a and b, and total carotenoids content were determined according to the method reported by Albanese et al. [21]. Briefly, 2 g of sample were homogenized in 10 mL of acetone/water (80:20 v/v) and then centrifuged at 4000 r. The absorbance of the extract was measured at 646, 663, and 470 nm using a T60U spectrophotometer (PG Instruments, Leicestershire, UK).

In this study, a quality evaluation as well as the yield response in some landraces of faba bean as a vegetable for fresh consumption was carried out in order to assess and distinguish the landraces also in comparison with two common commercial varieties. Results revealed that, independently of the genotype, it is possible to obtain the same pod yield without affecting the seeds size. The quality evaluation showed that a great part of total variability was due to the genotypes. From a nutritional point of view, all genotypes can be considered to be a good source of vitamin C, although Extra-early purple (commercial variety) and San Francesco (landrace) reveal the highest content. Cegliese showed a high L-dopa content, suggesting the use of this landrace as a natural rich source of L-dopa instead of using synthesized L-dopa. To obtain fava beans as a vegetable for fresh consumption with a low content of vicine (favism-inducing factor), it is very important to make the genotype choice for both landraces and commercial varieties. In conclusion, this study highlight interesting quality traits of faba bean when consumed as fresh vegetable, suggesting its positive role on human health. Moreover, with the aim to produce this high-quality vegetable in a sustainable way, our results suggest the possibility to use local horticultural systems that are skilled in optimizing resource utilization. Future research activities may be aimed to study postharvest strategies to preserve the quality of faba beans as a vegetable for fresh consumption during their shelf life. Finally, our next goals may be directed toward the bioaccessibility assessment of L-dopa and Vitamin C of this vegetable by using an in vitro gastro-intestinal digestion process.

This research was funded by Regione Puglia Administration under Rural Development Program 2014–2020—Project “Biodiversity of vegetable crops in Puglia (BiodiverSO)”, Measure 10, Sub measure 10.2, Operation 1, “Program for the conservation and the valorization of the genetic resources in agriculture.”

The authors thank Nicola Gentile for providing technical assistance during the experiment. The Authors are deeply grateful to Maria Gonnella for his help in making biplot graphic. 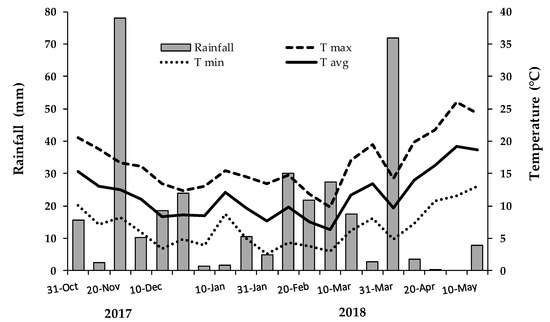 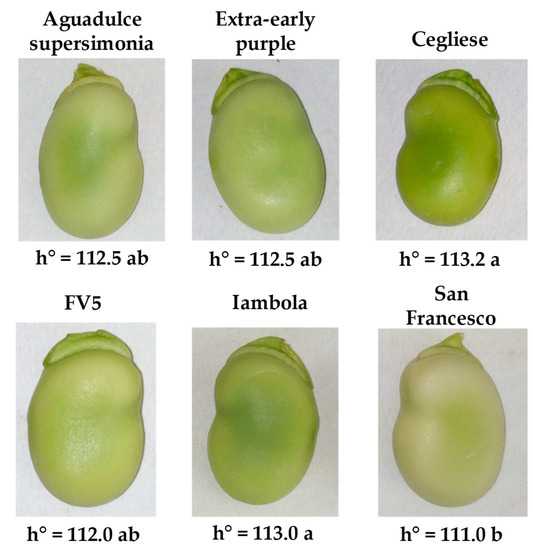