Yield Prediction Modeling for Sorghum–Sudangrass Hybrid Based on Climatic, Soil, and Cultivar Data in the Republic of Korea
Next Article in Special Issue

Evaluation of the Effects of Allelopathic Aqueous Plant Extracts, as Potential Preparations for Seed Dressing, on the Modulation of Cauliflower Seed Germination 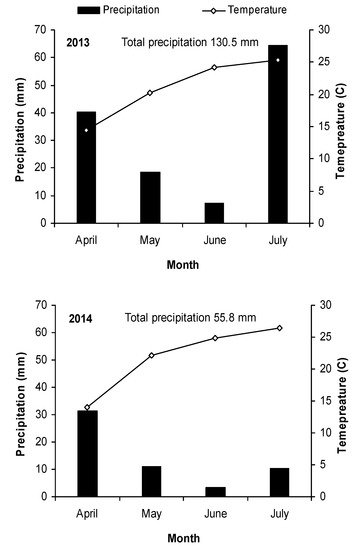