This study was conducted over the period 2017–2019 in Czesławice (central Lublin region, Poland). The aim of the present study was to compare chemical soil quality parameters (soil pH, available P and K, organic carbon, and total nitrogen content) and soil enzymatic activity (dehydrogenase, acid phosphatase, alkaline phosphatase, urease, protease) in organic and conventional farming systems. The experimental design included two crop rotations (organic and conventional) in which identical plant species were grown: sugar beet-spring barley-red clover-winter wheat-oats. The loess soil on which the experiment was conducted was characterized by the grain size distribution of silt loam, and this soil was categorized as good wheat soil complex (soil class II). The experiment was set up as a split-plot design in triplicate in plots with an area of 40 m2. Soil sampling was carried out using a soil auger within an area of 0.20 m2 (from the 0 to 20 cm layer) in each plot during the autumn period. Over the 3-year study period, it was found that the organic system contributed to an increased soil content of organic carbon and total nitrogen. Moreover, a significantly higher soil pH value and a favorable narrow C/N ratio were found under the organic system (regardless of the crop species). Under the conventional system, in turn, a higher soil phosphorus and potassium content was observed. Enzymatic tests of the soil in the five-field crop rotation proved significantly higher activity of all the enzymes studied (in particular that of dehydrogenase, protease, and urease) in the organic system relative to the conventional one, regardless of the crop plant. Among the plants grown in crop rotation, sugar beet, and red clover had the most beneficial effect on the activity of the soil enzymes, followed by oats (especially under the organic system). The activity of the studied enzymes in the organic system was positively correlated (statistically significantly) with favorable soil pH, a higher content of organic C, and total N, and C/N ratio. View Full-Text
Keywords: crop rotation; organic system; conventional system; soil chemical properties; soil enzymatic activity crop rotation; organic system; conventional system; soil chemical properties; soil enzymatic activity
►▼ Show Figures 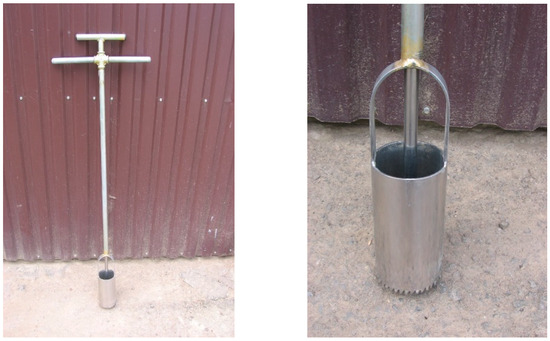