Conyza sumatrensis Resistant to Paraquat, Glyphosate and Chlorimuron: Confirmation and Monitoring the First Case of Multiple Resistance in Paraguay 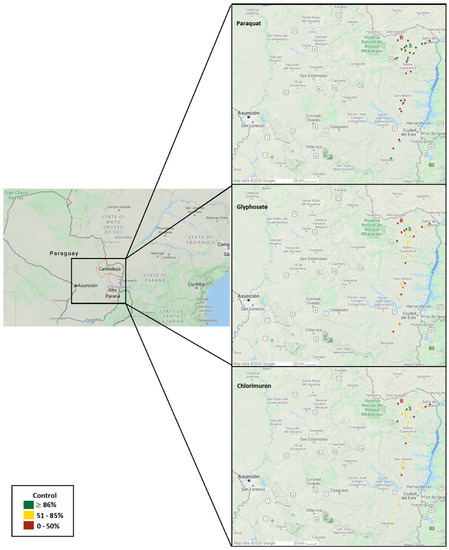