The prognostic impact of hospital-acquired pneumonia (HAP) in acute heart failure (AHF) patients have not been fully elucidated. We evaluated 776 consecutive hospitalized AHF patients. The primary in-hospital outcomes were all-cause death and worsening heart failure (WHF), while the outcome following discharge was all-cause death. The clinical diagnosis of HAP was based on clinical practice guidelines by the Infectious Diseases Society of America and the American Thoracic Society. Patients with HAP had a significantly higher incidence of in-hospital death (12% vs. 1%, p < 0.001), WHF during the hospitalization (28% vs. 7%, p < 0.001), and longer length of hospital stay (p = 0.003) than those without. Among patients who survived at discharge, during a median follow-up period of 741 (interquartile range 422–1000) days, the incidence of all-cause death was significantly higher in patients with HAP than in those without (p < 0.001). In the multivariable Cox regression, HAP development was independently associated with all-cause death after discharge (HR [hazard ratio] 1.86, 95%CI [confidence interval] 1.08–3.19). Furthermore, older age (OR [odds ratio] 1.04, 95%CI 1.01–1.08), male sex (OR 2.21, 95%CI 1.14–4.28), and higher serum white blood cell count (OR 1.18, 95%CI 1.09–1.29) and serum C-reactive protein (OR 1.08, 95%CI 1.01–1.06) were independently associated with HAP development. In hospitalized patients with AHF, HAP development was associated with worse clinical outcomes, suggesting the importance of prevention and early screening for HAP.
Keywords: acute heart failure; hospital-acquired pneumonia; prognosis acute heart failure; hospital-acquired pneumonia; prognosis

Acute heart failure (AHF) is a severe medical condition that requires intensive medical support, and most patients with AHF are elderly and at a high risk of hospital-acquired pneumonia (HAP) [1]. The increase in the prevalence and incidence of heart failure (HF) due to super-aging societies is a major growing public health concern worldwide [2], reflected in the high morbidity and mortality rates [3]. Moreover, HAP development in patients with AHF not only leads to worse clinical outcomes but also heavy economic burden [4].
HAP is a common infection that affects many hospitalized patients and has an unfavorable prognosis, particularly among older hospitalized patients or those with multiple comorbidities [5]. HAP is defined as an inflammatory condition of the lung parenchyma caused by infectious agents not present at least 48 hours or more after admission and does not include those intubated at the time of admission. Approximately half of patients with HAP have serious complications such as respiratory failure, septic shock, and/or acute kidney injury [6]. As patients often need additional care for these complications, the development of HAP is associated with longer length of hospital stay [7].
A recent study demonstrated that pneumonia was associated with increased short- and long-term risks of new-onset cardiovascular disease (CVD) [8]. However, the incidence, determinants, and prognostic implications of HAP in hospitalized patients with AHF have not been well investigated. Moreover, early identification of patients at a higher risk of HAP is important for risk stratification and preventive management in hospitalized patients with AHF. Therefore, the purpose of this study was first to investigate the incidence and the impact of HAP on short- and long-term outcomes, and second to evaluate which factors were independently associated with HAP development in hospitalized patients with AHF.

Data from the National Cerebral and Cardiovascular Center Acute Decompensated Heart Failure (NaDEF) registry, which were obtained between January 2013 and May 2016 at the National Cerebral and Cardiovascular Center, Suita, Japan, were retrospectively analyzed. Details of the NaDEF registry have been described previously [9]. Briefly, the NaDEF registry is a single-center, observational cohort that includes all patients who require hospitalization with a diagnosis of AHF according to the Framingham criteria [10]. The study protocol of this registry was approved by the Institutional Review Board of the National Cerebral and Cardiovascular Center (M22-025 and M29-059) and was registered under the Japanese University Hospital Medical Information Network Clinical Trials Registration (UMIN000017024).
Acute coronary syndrome was defined based on ACCF (American College of Cardiology Foundation)/AHA (American Heart Association) guideline for the management of STEMI (ST-segment-elevation myocardial infarction) [11]. Follow-up was performed at 3, 6, 12, and 24 months after discharge by direct contact with patients or patients’ physicians at the hospital or outpatient clinic, telephone interview of patients, or, if deceased, of family members, and by mail, by dedicated coordinators and investigators which was described our previously study [9].

Venous blood samples were obtained for measurements of routine laboratory parameters on admission. The Controlling Nutritional Status (CONUT) score was calculated by the levels of serum albumin, the total peripheral lymphocyte count, and the total cholesterol concentration, which was found to be useful for risk stratification for AHF patients as well as assessing nutrition status [12]. The CONUT score was defined as the sum of these points based on a previous report that used preoperative serum samples [13].

The clinical diagnosis of HAP was based on the updated guidelines of the Infectious Diseases Society of America and the American Thoracic Society [14]. In brief, the diagnostic criteria included those with abnormal X-ray images indicating shadows in the lungs and the presence of at least two of the following: (i) fever ≥ 38 °C, (ii) white blood cell abnormalities (increase or decrease), and (iii) purulent secretions. HAP was recognized if patients developed pneumonia at least 48 hours or more after admission and were not intubated at the time of admission. Of note, there were 26 diagnosed with pneumonia on admission or within 48 hours from admission. Moreover, 15 patients were intubated on admission. We did not include these subjects as HAP patients. Worsening HF (WHF) was defined as worsening symptoms and signs of HF requiring intensification of intravenous therapy (i.e., a dose increase or re-administration) including loop diuretics, vasodilators, and inotropes or initiation of mechanical support after stabilization with initial treatment during hospitalization as used in major AHF clinical trials [15,16]. We assured the HF condition on the basis of patient’s symptom, physical examination, or imaging such as echocardiography.
Worsening renal failure (WRF) was assessed based on the maximum increase in serum creatinine from admission to any time during hospitalization. We defined it as an increase in serum creatinine of ≥ 0.3 mg/dL, which has been widely used in most prior studies [17,18].

Continuous variables were presented as means ± standard deviations when normally distributed, and as medians and interquartile ranges (IQRs) when non-normally distributed. Parameters were compared between groups with and without HAP using unpaired t-tests or Mann–Whitney U tests for continuous variables and by Chi-squared tests or Fisher’s exact test for dichotomous variables, when appropriate.
The long-term cumulative incidence of all-cause death was estimated using Kaplan–Meier curves, and a log-rank (Mantel-Cox) test was performed to assess differences across these two groups. The association between parameters and all-cause death was assessed by Cox proportional hazards regression analysis. Univariable factors with p < 0.10 were identified. These factors were entered into the multivariable model to assess HAP impact on all-cause death (Model 1), and LVEF (left ventricular ejection fraction) ≥ 50% (categorical value) was entered alternative to continuous LVEF value (Model 2). Moreover, stepwise selection with a p-value of 0.10 for backward elimination was used to select the best predictive model (Model 3). We evaluated discriminative ability of other multivariable models with Harrell’s c-statistics [19]. Multivariable logistic regression analysis was performed based on the variables achieving p < 0.10 in univariable logistic regression analysis to assess the determinants of WHF during hospitalization and HAP development. We selected the covariates referred to by the published risk factors for HAP development [20]. All tests were two tailed, and a value of p < 0.05 was considered statistically significant. All analyses were performed with STATA® 15 (Stata Corp, College Station, TX, USA).

From the 850 consecutive patients with AHF enrolled in the NaDEF registry, those with acute coronary syndrome (n = 38) and those without follow-up data after discharge (n = 36) were excluded. Ultimately, 776 patients were examined. A study diagram is shown in Figure 1.
HAP developed in 59 (8%) patients during hospitalization. Baseline characteristics of the total 776 studied patients are presented in Table 1. Patients with HAP were older in age, predominantly male sex, and had a higher rate of intravenous loop diuretics use, higher serum creatinine, white blood cell (WBC) count, C-reactive protein (CRP), D-dimer, higher CONUT score, and lower serum albumin levels than those without HAP. Moreover, the prevalence of cardiovascular intensive care unit (ICU) admission was significantly higher in patients with HAP than in patients without HAP. There were no significant differences between the two groups in terms of body mass index, New York Heart Association functional class, LVEF, past history, etiology of HF, systolic blood pressure, plasma brain natriuretic peptide (BNP), estimated glomerular filtration rate, blood glucose levels, oral medication before admission, and worsening renal failure during hospitalization.

3.3. Long-Term Clinical Outcomes after Discharge and Determinants of HAP

Among patients who survived at discharge, during a median follow-up period of 741 (IQR 422–1000) days, all-cause death occurred in 152 (20%) study patients. The incidence of all-cause death was significantly higher in patients with HAP than in those without HAP (Figure 3). In the multivariable Cox regression analyzes, HAP development was independently associated with all-cause death after discharge even after adjustment for powerful prognostic AHF variables (Table 3). Interaction analysis revealed that there was no significant interaction on plasma BNP levels and LVEF for the prognostic value of HAP (p for interaction = 0.50, 0.88, respectively).
Regarding determinants of HAP, in a multivariable logistic regression, older age, male sex, serum WBC count, and serum CRP level on admission were independently associated with HAP development (Table 4).

This work was supported by a Grant-in-Aid for Scientific Research from the Japan Society for the Promotion of Science (T.N., 18K08122), and a research grant from the Fukuda Foundation for Medical Technology (K.O.)

The authors would like to thank all investigator contributors, clinical research coordinators, data managers, and laboratory technicians involved in the NaDEF registry.

There is no financial conflict of interest to disclose relating to the present study. 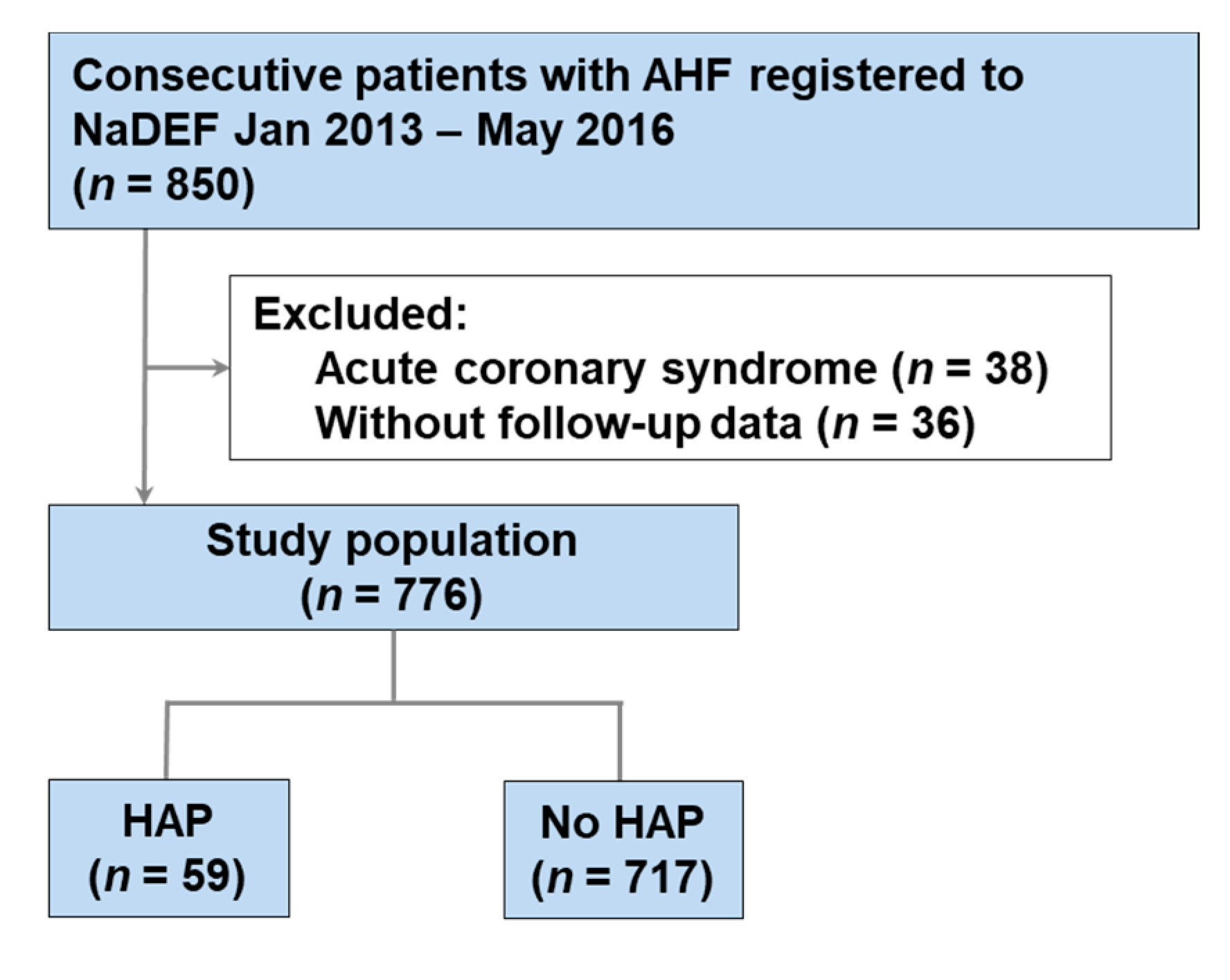 Table 4. Determinants of development of HAP.
Table 4. Determinants of development of HAP.
CI, confidence interval; OR, odds ratio. Other abbreviations as in Table 1.
© 2020 by the authors. Licensee MDPI, Basel, Switzerland. This article is an open access article distributed under the terms and conditions of the Creative Commons Attribution (CC BY) license (http://creativecommons.org/licenses/by/4.0/).
We use cookies on our website to ensure you get the best experience. Read more about our cookies here.
Accept
We have just recently launched a new version of our website. Help us to further improve by taking part in this short 5 minute survey here. here.
Never show this again