Eating Disorders, Heredity and Environmental Activation: Getting Epigenetic Concepts into Practice
Next Article in Special Issue

Nontuberculous mycobacteria (NTM) are ubiquitous organisms that can cause chronic pulmonary disease (PD), and the burden of the disease is rapidly increasing worldwide [1,2,3]. Mycobacterium avium complex (MAC), including M. avium and M. intracellulare, is the major causative organisms of NTM-PD. The risk factors for the development of MAC-PD are believed to be not only existing structural lung disease such as bronchiectasis or post tuberculosis (TB) fibrosis, but also dysregulated host response to MAC infection [4]. However, to date, the basis for vulnerability to MAC-PD from an immunologic perspective has yet to be elucidated.
CD4+ T cells have long been known to play an important role in immune containment of mycobacterial infection such as M. tuberculosis, proven by increased susceptibility to TB in mice lacking CD4+ T cells [5,6,7]. CD4+ T cells differentiate into numerous T cell subpopulation, such as Th1, Th2, Th17, and regulatory T cells (Tregs), a process regulated by specific transcription factors [8,9]. Although the IFN-γ/IL-12 axis, representative of Th1, is central to disseminated MAC-PD susceptibility [10,11,12,13,14,15,16], its role in patients confined to MAC-PD is unclear. In addition to Th1 cells, Th17 cells also play a role in establishing protective immunity against mycobacterial infections by secreting IL-17 which leads to recruitment and activation of neutrophils. Data have also shown that the function of IL-17 can help in controlling MAC-PD, as well as TB or other bacteria. Additionally, data have revealed that Tregs are involved in mycobacterial infection. For example, numbers of CD4+CD25+Foxp3+ T cell, subsets of Tregs, are elevated upon TB infection leading to suppression of T-cell mediated IFN-γ production, and IFN-γ knockout mice infected with M. massiliense showed progressive pulmonary disease and accumulation of Tregs in the lungs. These traits are indicative of T cell dysfunction in NTM infection and raise the possibility of T cell exhaustion in the chronic phase of MAC infection. T cell dysfunction is mediated by several inhibitory pathways including programmed death-1 (PD-1), cytotoxic T-lymphocyte antigen 4 (CTLA-4), and T cell immunoglobulin and mucin domain-containing-3 (TIM-3) pathways, which are widely known targets in cancer immunotherapy [17]. Several models of chronic viral infections, including chronic human immunodeficiency virus (HIV), hepatitis C virus, and hepatitis B virus, have also been linked to high expression of these inhibitory receptors [18,19,20]. Additionally, these receptors play an important role in T cell dysfunction during chronic mycobacteria infections such as TB [21,22,23]. However, there are only a few reports addressing the role of PD-1 and CTLA-4 pathways, especially in MAC-PD [24,25].
In these contexts, however, there are limited data on the characteristics of circulating CD4+ T cell subsets in MAC-PD patients. Therefore, we aimed to characterize T cell immune phenotype and immune inhibitory receptor in MAC-PD patients compared with healthy controls, by investigating levels of cytokines, proportion of T lymphocytes, and expression of immune checkpoint inhibitors, PD-1, CTLA-4, and TIM-3, on T lymphocytes. Our data may partly help to identify vulnerability to developing MAC-PD and targets of further study.

The study included 71 patients with treatment naïve MAC-PD who had visited Samsung Medical Center (Seoul, South Korea) between April 1, 2016 and July 31, 2017. MAC-PD was diagnosed according to American Thoracic Society/Infectious Diseases Society of America criteria based on clinical, radiological, and microbiological findings [1]. Among the enrolled patients, 41 (57.7%) were identified as having M. intracellulare infection, and the remaining 30 (42.3%) were identified as having M. avium infection. Sixteen women and four men were recruited as healthy control individuals (n = 20), who had no history of medical disease such as TB or NTM infection, malignancy, diabetes, viral infection, ongoing treatment prescribed immunosuppressive agents, or pulmonary disease at the time of participation. We tried to select middle-aged to elderly participants as control individuals, because demographic factors can affect immunologic features. All participants provided written informed consent, and the study was approved by the Institutional Review Board of Samsung Medical Center (IRB No. SMC-2008-09-016). Patients with MAC-PD and healthy control subjects provided blood samples at the time of enrolment.
Radiological type of the enrolled patients was evaluated based on chest high-resolution computed tomography at time of MAC-PD diagnosis. The fibro-cavitary form of MAC-PD was defined by presence of cavities and pleural thickening mainly in the upper lobes. The nodular bronchiectatic form was defined by presence of multifocal bronchiectasis and clusters of small nodules, regardless of the presence of small cavities in lungs [26].

Statistical analyses were performed using GraphPad Prism software version 8.0 (GraphPad Software, La Jolla, CA, USA). Analysis of variance and Student’s t-test were used to analyze the data with normal distribution (Tukey’s test for comparisons). The nonparametric Mann–Whitney test was used for variables with non-normal distribution. All tests were two-sided, and a p-value < 0.05 was considered statistically significant.

This study was supported by Chung-Ram Research Grant 2017 from the Korean Association of Internal Medicine, the National Research Foundation of Korea (NRF) funded by the Ministry of Education (NRF-2016R1A6A3A11932695) and the Korean government (MSIT) (NRF-2018R1A2A1A05018309).

The authors would like to express our deepest gratitude for all that Professor Won-Jung Koh has done for this research. The first person who proposed this study was Won-Jung Koh. After helping to initiate, design and organize this study, Won-Jung Koh passed away in August of 2019. In sorrow, we dedicate this work to his memory. He was the best clinician and researcher for nontuberculous mycobacteria pulmonary disease. He was good teacher and mentor of Yousang Ko and Byung Woo Jhun, and more than a research colleague for Sung Jae Shin and Sun Ae Han. It is a singular honor to work with him through this study. 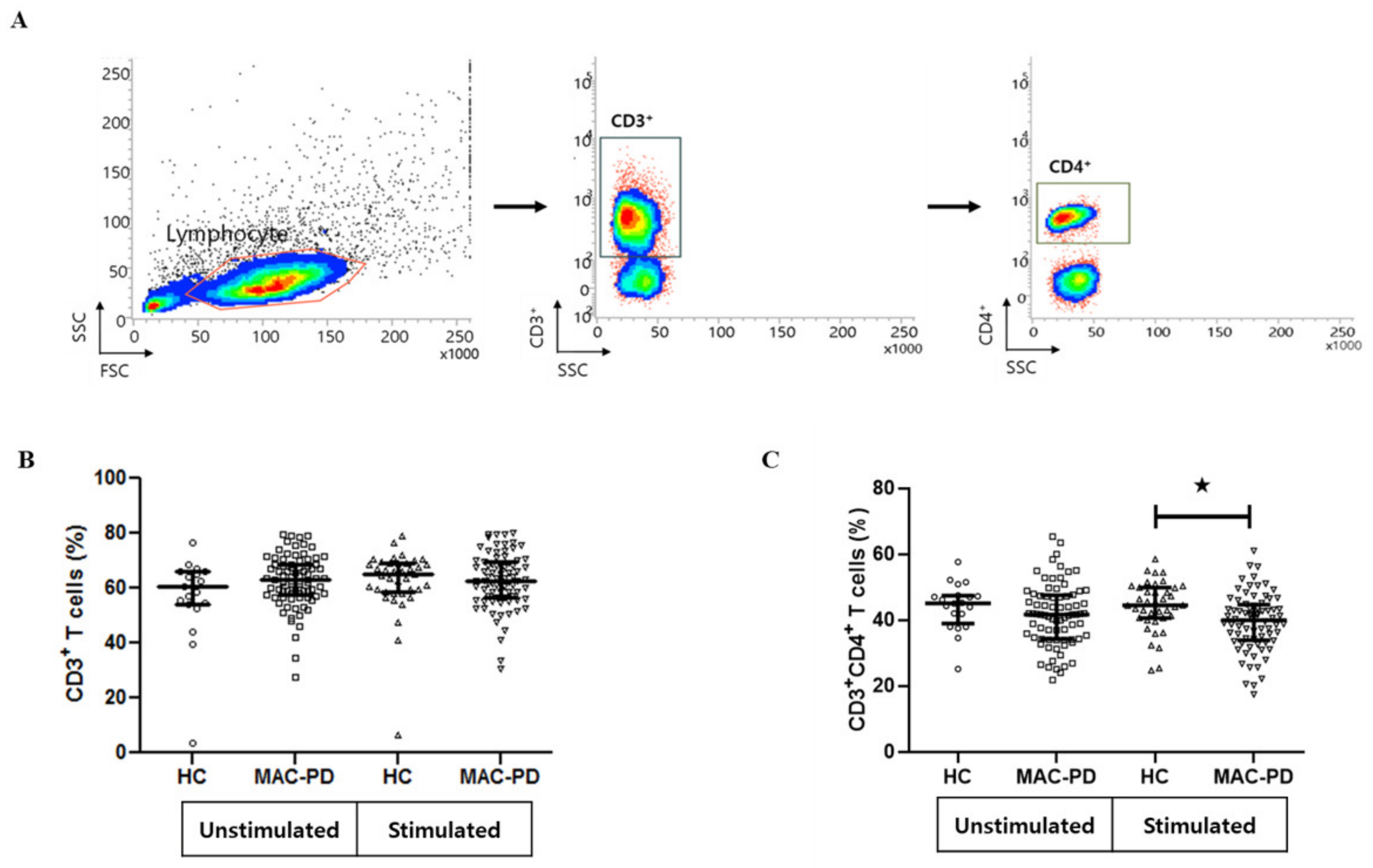 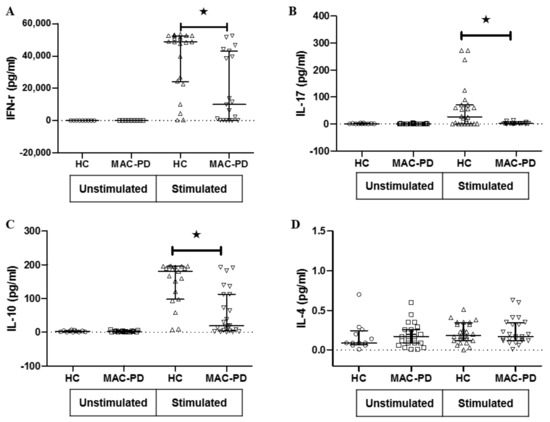 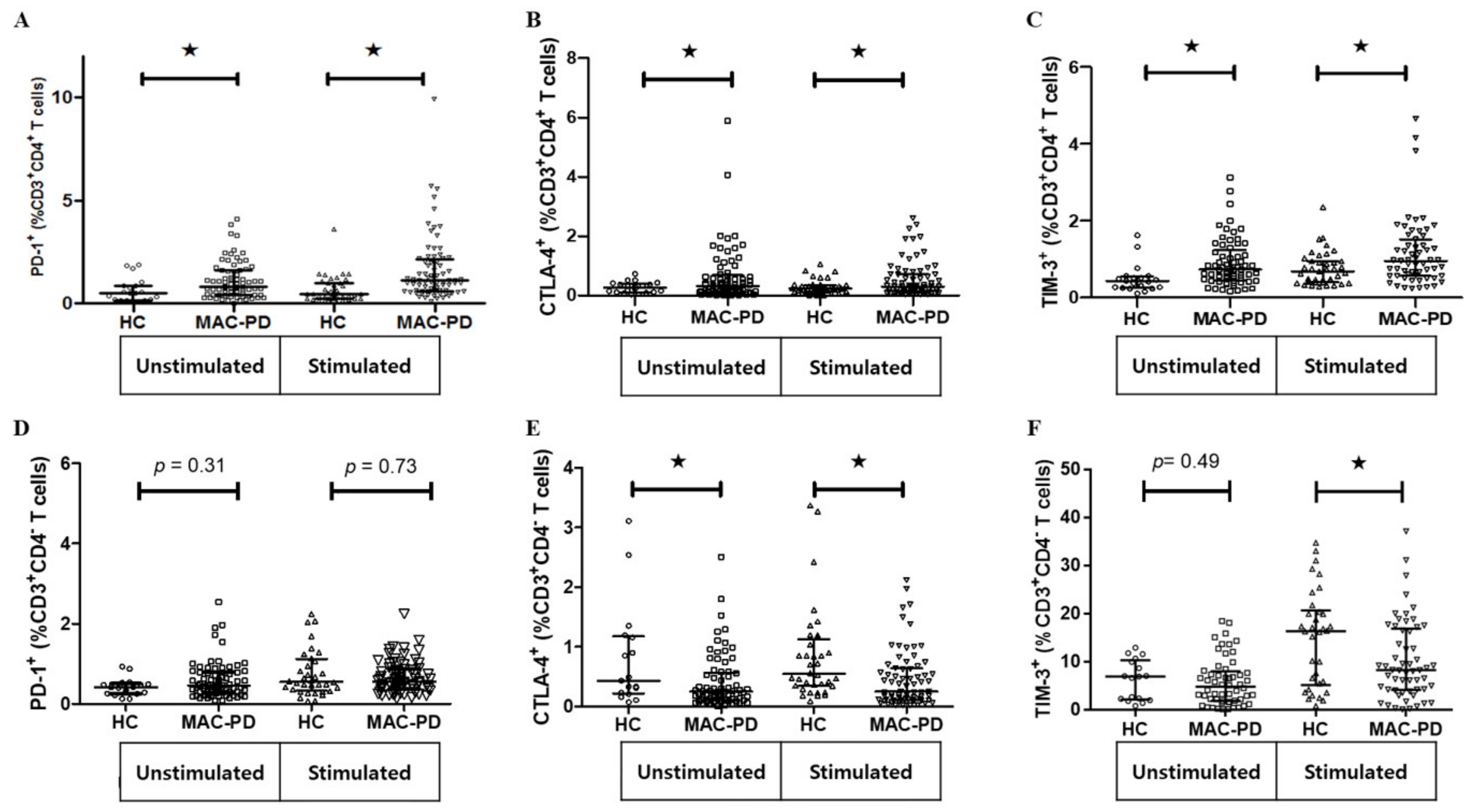 Table 1. Clinical characteristics of the study population.
Table 1. Clinical characteristics of the study population.
Data are presented as n (%) or mean with standard deviation. MAC-PD, Mycobacterium avium complex pulmonary disease; HC, Healthy controls.
© 2020 by the authors. Licensee MDPI, Basel, Switzerland. This article is an open access article distributed under the terms and conditions of the Creative Commons Attribution (CC BY) license (http://creativecommons.org/licenses/by/4.0/).
We use cookies on our website to ensure you get the best experience. Read more about our cookies here.
Accept
We have just recently launched a new version of our website. Help us to further improve by taking part in this short 5 minute survey here. here.
Never show this again