The Reeler Mouse: A Translational Model of Human Neurological Conditions, or Simply a Good Tool for Better Understanding Neurodevelopment?
Previous Article in Journal

Article
Results from the Adverse Event Sedation Reporting Tool: A Global Anthology of 7952 Records Derived from >160,000 Procedural Sedation Encounters
by

:
Background: The incidence of sedation-related adverse events, inclusive of both adults and children, administered by multiple specialty providers from different countries and venues, using standardized definitions, has never been reported on an international level. We are reporting the outcome data of the adverse event sedation reporting tool as an important step toward a more complete risk assessment of sedation-related morbidity, mortality, and etiology. The analysis of the AE sedation reporting data include descriptive measures to evaluate the characteristics of the provider, the patient, sedations performed, adverse events, interventions, and outcomes. The primary outcome was the rate and nature of adverse events. Between 12/14/2010 and 12/11/2018 there were 7952 sedations, from an estimated total of 164,114 sedations administered, of which 622 were reported as adverse events. The mean age of the entire patient population is 33.0 years (0.02–98.7). The providers represented 39 countries across six continents. Oxygen desaturation (75%–90%) for <60 s is the most prevalent adverse event with a rate of 7.8 per 10,000, followed by airway obstruction at a rate of 5.42 per 10,000. Apnea occurred at a rate of 4.75 per 10,000. Significant predictors of adverse events are ≥ ASA score III (p = 0.0003), procedure time (6:00 pm–12:00 am: p < 0.0001, 12:00–6:00 am: p = 0.0003), and non-hospital location (p < 0.0001). The AE sedation reporting tool has demonstrated that the majority of adverse events in children and adults who receive procedural sedation from multi-specialists internationally required minor interventions and had outcomes of minor risk.
Keywords:
adults; pediatrics; safety; sedation; children

Procedural sedation, for both adults and children, encompasses a wide range of patients, procedures, venues, and specialty providers. The collecting of sedation outcomes can be challenging, as it requires vigilant need to identify, report, and document multiple identifiers. To date, there is a paucity of large scale reports of sedation outcome. The large scale studies in the literature are generally limited to a single patient population (adult, pediatric), sedation provider (pediatrician, dentist, emergency medicine, anesthesia, nursing), sedation technique (medication, route, delivery method), venue (academic or non-academic setting, dental office, hospital based, non-hospital based), procedure (endoscopy, magnetic resonance imaging), and country (United States, Europe, Asia) [1,2,3,4,5,6,7,8,9,10,11,12,13,14,15,16,17,18,19,20,21]. The largest scale studies to date have reported outcomes from adults in either Europe or the United States who received procedural sedation for gastrointestinal endoscopic procedures [13,22,23,24].
This report is the first to present the incidence of adverse events, collectively for both adults and children, for sedation delivered by multiple specialty providers performing a wide range of procedures in different countries and venues. The adverse event (AE) sedation reporting tool was published online in 2011 (www.AESedationReporting.com) and published as a manuscript in 2012, as the first tool in existence which would standardize the reporting and tracking of all sedation-related adverse events [25]. It has since been accepted and adopted as a means for sedation providers worldwide to objectively identify sedation-related outcomes [26,27,28,29,30,31,32,33,34]. As a web-based, free-of-charge tool for which each user has his own password to access and log-in his/her data which is void of HIPAA identifiers, the AE sedation reporting tool is a valuable means to collect and track data. By identifying and analyzing important demographics and outcomes from each sedation encounter, this tool can provide a benchmark for defining the occurrence and predictors of adverse events across continents, patient populations, procedures, venues, and providers. We are presenting all of the outcome data entered into the www.AESedationReporting.com website by providers worldwide. This database for sedation-outcome reporting supports the collection and sharing of data. The goal of this manuscript is to evaluate the adverse event sedation reporting data in order to determine whether there are any risk factors or predictors of adverse events. This is the first report of adverse event sedation data collected using this AE reporting tool, with international contributions of multi-specialists providing care of adult and pediatric populations. This report is an important first step toward a more complete risk assessment of sedation-related morbidity, mortality, and etiology that could direct efforts to further future safe sedation.

In 2012, an International Sedation Task Force (ISTF) comprised of physicians from 10 specialties to 11 countries (Australia, Brazil, China, Finland, Germany, Israel, Italy, Japan, South Africa, United Kingdom, and United States) presented the adverse event sedation reporting tool as a consensus document intended to standardize the definitions and terminology of sedation related adverse events [25]. The International Sedation Task Force comprised of members from all the continents and we specifically created a tool which would provide simple English and medical terms for the sedation providers to understand. To date we are under the impression that the tool has been translated in paper form to other languages but for online, it remains in English. The ISTF was comprised of sedation providers with established research, clinical experience, leadership, and expertise in the area of procedural sedation. Members were chosen with diverse backgrounds and from diverse specialties (dental medicine and anesthesia, emergency medicine, nursing, hospital medicine, intensive care medicine, anesthesia (physician and nurse), gastroenterology, pediatric medicine). The tool was intended to present a taxonomy of sedation outcomes which would be objective and reproducible. By adopting this taxonomy worldwide, particularly valuable in areas with neither organized sedation systems nor prior means of collecting and reporting their own outcomes, all sedation providers now have a means of tracking and sharing their outcomes through the AE sedation reporting tool database [26,29,31,34,35,36]. This tool is a repository of sedation-related data inputted from all sedation providers worldwide and is a means to report on sedation demographics and outcomes, with the objective of presenting a hierarchical structure to predict the occurrence, risk, and outcome of adverse events (Figure 1, Table 1, Table 2).

The AE sedation reporting tool requires individual registration prior to utilization, to collect specifics that include the sedation provider’s first and last name, email address, specialty, place and type of practice, educational background, city and country of current practice, phone number and predominant patient population—adult, pediatric, or both. Every time that the registrant logs onto the website to input data, he/she is required to provide an estimate (or update) of the total number of sedations personally performed in a year. The tool consists of contiguous screens, through which the user progresses, each of which requires full completion prior to moving on to the next [25].
The purpose is to identify the occurrence (or non-occurrence) of an adverse event, the urgency of the procedural sedation (emergent versus non-emergent), describe the adverse event using one or more objective, clearly defined descriptors and then in the event an intervention was needed, define what was performed (Figure 2). When entering data, each event and intervention is easily defined for the user, simply by hovering the mouse over the text. Each descriptor is categorized as minimal, minor, or sentinel. The definitions of the interventions performed are standardized and categorized by the risk level of the performed intervention, progressing from minimal (no intervention, antiemetics, antihistamines) to minor (airway repositioning), moderate (mask assisted ventilation), and sentinel (chest compressions). It is not possible to identify which intervention was related to which adverse event when multiple events occurred. Each screen and query must be answered for the user to progress through the reporting tool.
Outcome measures are categorized as minimal (no adverse outcome), moderate (unplanned hospitalization or escalation of care), or sentinel (death, permanent neurological deficit, or pulmonary aspiration). There may be occasions in which there may be more than one outcome, each with different severity (moderate and sentinel, for example). In this circumstance, the overall severity of the adverse event is assigned a rating (minimal, moderate, sentinel) based on the most severe outcome.

The analysis of the AE sedation reporting data included descriptive measures to evaluate the characteristics of the provider, the patients, sedations performed, interventions, outcomes, and their adverse events. The primary outcome was the rate of adverse events. The secondary outcome was to determine predictor variables of adverse events from sedation.
Incidence rates of adverse events were calculated using the number of events and the estimated number of sedations per year by the provider. Their cumulative sum will be representative of the entire sample of sedation related adverse and non-adverse events. A stratified random re-sampling simulation of non-adverse events based on the distribution of non-adverse events reported was performed to enable further analyses. A multivariate logistic regression model was developed to identify predictors of adverse events. Predictor variables were chosen on the basis of the data (patient and provider) collected: American Society Anesthesiologist (ASA) score, age groupings, gender, time of procedure, and location of procedure. Odds ratios (ORs) and 95% confidence intervals (CIs) without adjustment for multiple comparisons were considered. p-value less than 0.05 were considered statistically significant. All statistical analysis was performed using SAS (version 9.4; SAS Institute, Inc., Cary, NC, USA).

The authors acknowledge Kimberly Manning, BA, Department of Anesthesiology, Critical Care and Pain Medicine at Boston Children’s Hospital, Boston, MA for her highly valued assistance in the preparation of this manuscript. 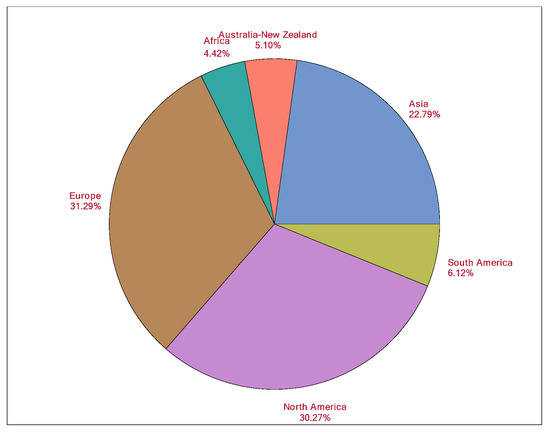 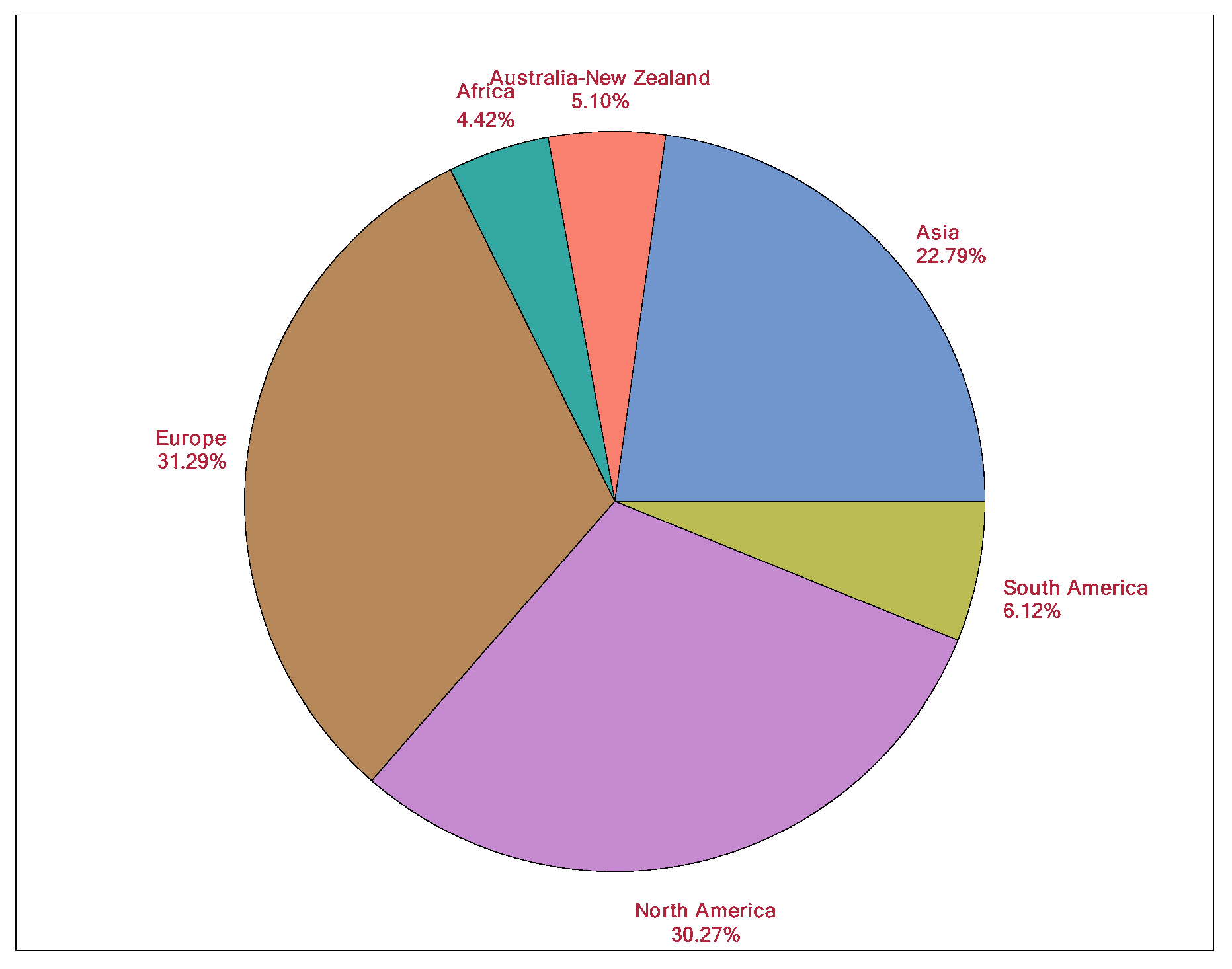 Table 8. Administration of sedatives.
Table 8. Administration of sedatives.
* Other represents the following drugs alone and in combination with other drugs: Albuterol, Atropine, Dexamethasone, Diazepam, Diphenhydramine, Etomidate, Flumazenil, Fosphenytoin, Fospropofol, Meperidine, Morphine, Naloxone, Nitrous oxide, Remifentanil, Scopolamine, Sevoflurane, Sufentanil.
© 2019 by the authors. Licensee MDPI, Basel, Switzerland. This article is an open access article distributed under the terms and conditions of the Creative Commons Attribution (CC BY) license (http://creativecommons.org/licenses/by/4.0/).
We use cookies on our website to ensure you get the best experience. Read more about our cookies here.
Accept
We have just recently launched a new version of our website. Help us to further improve by taking part in this short 5 minute survey here. here.
Never show this again