Management of Status Epilepticus in Children

(1) Objective: To examine the relationship between the choice of second-generation antidepressant drug treatment and long-term weight change; (2) Methods: We conducted a retrospective cohort study to investigate the relationship between choice of antidepressant medication and weight change at two years among adult patients with a new antidepressant treatment episode between January, 2006 and October, 2009 in a large health system in Washington State. Medication use, encounters, diagnoses, height, and weight were collected from electronic databases. We modeled change in weight and BMI at two years after initiation of treatment using inverse probability weighted linear regression models that adjusted for potential confounders. Fluoxetine was the reference treatment; (3) Results: In intent-to-treat analyses, non-smokers who initiated bupropion treatment on average lost 7.1 lbs compared to fluoxetine users who were non-smokers (95% CI: −11.3, −2.8; p-value < 0.01); smokers who initiated bupropion treatment gained on average 2.2 lbs compared to fluoxetine users who were smokers (95% CI: −2.3, 6.8; p-value = 0.33). Changes in weight associated with all other antidepressant medications were not significantly different than fluoxetine, except for sertraline users, who gained an average of 5.9 lbs compared to fluoxetine users (95% CI: 0.8, 10.9; p-value = 0.02); (4) Conclusion: Antidepressant drug therapy is significantly associated with long-term weight change at two years. Bupropion may be considered as the first-line drug of choice for overweight and obese patients unless there are other existing contraindications. View Full-Text
Keywords: obesity; antidepressant; depression; adverse effects; weight gain obesity; antidepressant; depression; adverse effects; weight gain
►▼ Show Figures 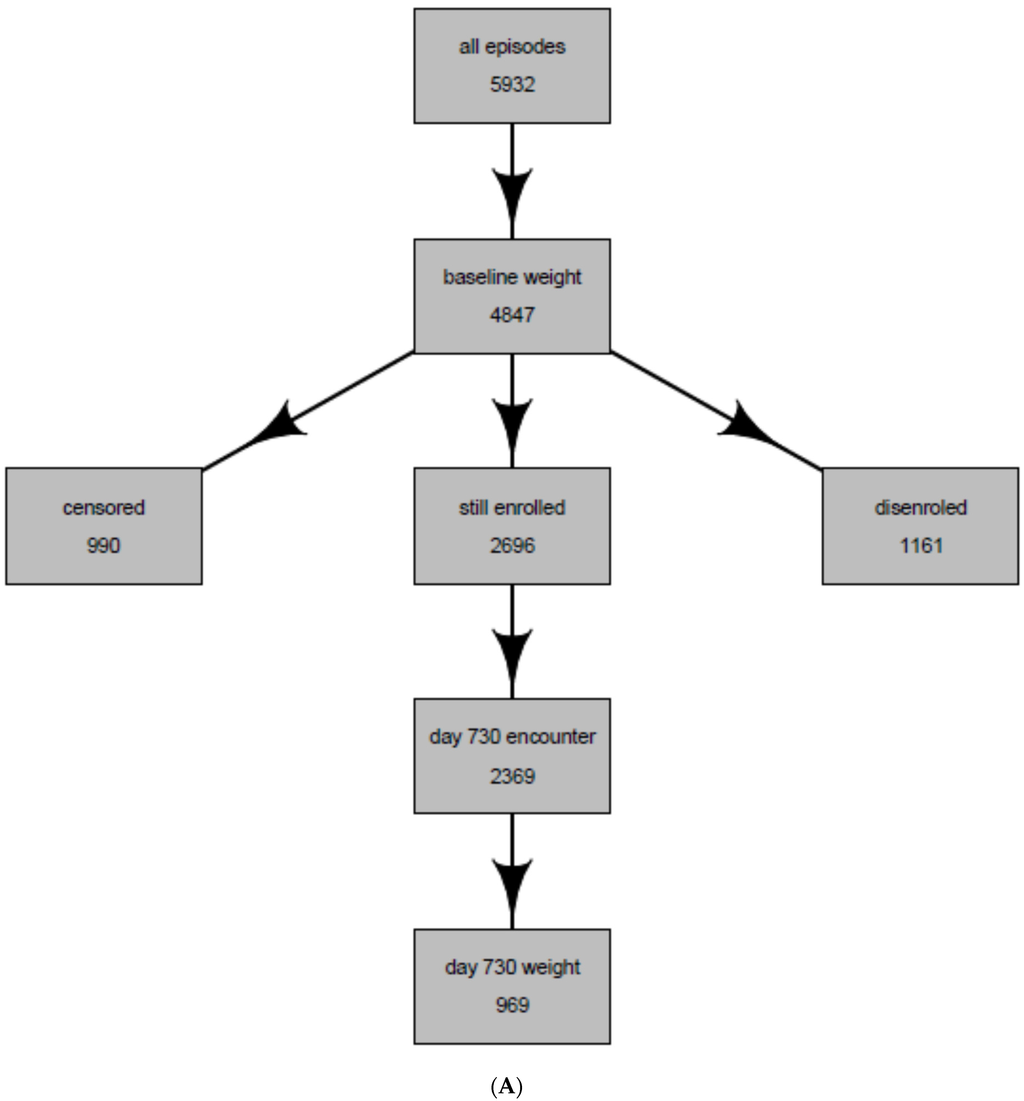