Identification of prognostic and predictive biomarkers in idiopathic pulmonary fibrosis (IPF) could aid assessment of disease severity and prediction of progression and response to treatment. This analysis examined reference ranges for neutrophil–lymphocyte ratio (NLR) and platelet–lymphocyte ratio (PLR) in IPF, and the relationship between NLR or PLR changes and clinical outcomes over 12 months. This post hoc analysis included patients with IPF from the Phase III, double-blind trials of pirfenidone, ASCEND (NCT01366209) and CAPACITY (NCT00287716 and NCT00287729). The relationship between change from baseline to Month 12 in NLR or PLR (divided into quartiles (Q1–Q4)) and outcomes (mortality, respiratory hospitalization, declines in lung function, exercise capacity and quality of life) was assessed. Estimated reference ranges at baseline for all patients analyzed (n = 1334) were 1.1–6.4 for NLR and 56.8–250.5 for PLR. Significant trends were observed across NLR and PLR quartiles for all outcomes in placebo-treated patients, with patients manifesting the greatest NLR or PLR changes experiencing the worst outcomes. These results suggest that the greatest NLR or PLR changes over 12 months were associated with worse clinical outcomes. Further research is needed to determine the utility of NLR and PLR as prognostic biomarkers in IPF.
Keywords: NLR; PLR; idiopathic pulmonary fibrosis; clinical outcomes; biomarker NLR; PLR; idiopathic pulmonary fibrosis; clinical outcomes; biomarker

Idiopathic pulmonary fibrosis (IPF) is a progressive lung disease of unknown etiology that is associated with poor prognosis [1]. Patients with IPF usually experience a progressive worsening of exertional dyspnea and reductions in lung function [1]. Antifibrotic treatment with pirfenidone or nintedanib can slow IPF progression [2,3,4].
Identification of prognostic and predictive biomarkers could have multiple uses in IPF, including the assessment of risk and disease severity, the prediction of progression and response to treatment, and the measurement of treatment responses [5,6]. The neutrophil–lymphocyte ratio (NLR) and platelet–lymphocyte ratio (PLR) have been used as markers of inflammation, with higher values found to be associated with worse outcomes in multiple diseases, including rheumatoid arthritis, pancreatitis, cardiovascular diseases and various cancers [7,8,9,10,11]. NLR and/or PLR have also been evaluated as prognostic markers in chronic obstructive pulmonary disease [12] and IPF [13].
The scope of this analysis was to explore the association between NLR or PLR and clinical outcomes in IPF in order to pave the way for further research into the value of NLR and PLR as potential prognostic or predictive biomarkers in IPF. We investigated reference ranges for NLR and PLR in IPF and the relationship between NLR or PLR and clinical outcomes over 12 months in patients with IPF using data from the ASCEND [2] and CAPACITY [3] studies of pirfenidone and the GIPF-001 and GIPF-007 studies of interferon gamma-1b (IFN-γ-1b) [14,15]. Some of the results of this analysis have been previously reported in the form of an abstract [16].

This post hoc analysis included patients randomized to receive treatment with pirfenidone or placebo in the Phase III, double-blind trials, ASCEND (Study 016; NCT01366209) and CAPACITY (Studies 004 and 006; NCT00287716 and NCT00287729) [2,3]. Patients enrolled in ASCEND and CAPACITY were between 40 and 80 years of age, with a confirmed diagnosis of IPF using high-resolution computed tomography alone or in combination with a surgical lung biopsy [2,3].
Patients with IPF from two independent Phase III, double-blind, placebo-controlled trials of IFN-γ-1b (GIPF-001 (NCT00047645) and GIPF-007 (NCT00075998)) were analyzed and used as a validation cohort [14,15]. Although neither trial showed a beneficial effect of IFN-γ on pulmonary function, progression-free survival, quality of life or mortality [14,15], only patients in the placebo arm were included in this analysis since IFN-γ is known to affect hematopoiesis, which could have impacted the cell types constituting the ratios [17].
ASCEND, CAPACITY, GIPF-001 and GIPF-007 were conducted in accordance with the International Conference on Harmonisation guidelines and the Declaration of Helsinki, and the relevant local legal and regulatory requirements of the countries in which the trials were conducted. All patients provided written informed consent.

NLR was calculated as the absolute neutrophil count divided by the absolute lymphocyte count, and PLR was calculated as the absolute platelet count divided by the absolute lymphocyte count. NLR and PLR were assessed at baseline in patients pooled from the pirfenidone (2403 mg/day and 1197 mg/day) and placebo groups of ASCEND and CAPACITY to calculate reference ranges.
Reference ranges were developed using a distribution-free method. For each ratio, upper and lower limits of the reference range were estimated as the data (or interpolated) values corresponding to the 97.5th and 2.5th percentiles, respectively. Confidence intervals for the upper and lower limits were derived from order statistics that most closely provided 90% confidence for the two population percentiles. To evaluate the appropriateness of reporting a single reference range for all patients, separate estimates (confidence intervals) were obtained for each sex (male, female) and age group (<65 years, ≥65 years), and comparisons between demographic groups were based on two-sample t-tests applied to log-transformed values.

For each treatment arm (pirfenidone 2403 mg/day and placebo), patients were ranked by baseline NLR or PLR and divided into quartiles (Q1–Q4); summary statistics were obtained for each quartile. The relationship between baseline NLR or PLR quartile and clinical outcomes (all-cause mortality, absolute decline in percent predicted forced vital capacity (FVC) ≥10% or death, absolute decline in 6-min walking distance (6MWD) ≥50 m or death, a worsening in University of California San Diego Shortness of Breath Questionnaire (UCSD-SOBQ) score ≥20 points or death, any respiratory hospitalization, and any respiratory hospitalization or death) at Month 12 was assessed separately in patients from the pirfenidone 2403 mg/day and placebo groups of ASCEND and CAPACITY (the pirfenidone 1197 mg/day group was excluded from trend analyses because pirfenidone at the daily dose of 1197 mg is known to be less effective than 2403 mg) [3]. Absolute decline in percent predicted diffusing capacity for carbon monoxide (DLco) ≥15% or death was also an endpoint; however, fewer data points were available for this endpoint because post-baseline percent predicted DLco was only recorded in CAPACITY. The quartiles were not redefined for this subset.
The Cochran–Armitage test (exact version) was used to assess trends across the quartiles, using quartile integers (1, 2, 3 and 4) as scores. Sensitivity analyses were conducted using median changes as scores for the quartiles.

NLR and PLR changes were calculated as the last ratio obtained on or before Month 12 minus the baseline ratio. The percentage change from baseline at Month 12 was calculated for the neutrophil and lymphocyte count (for NLR) and the platelet and lymphocyte count (for PLR) to assess which cell type drives change in the ratios. For patients who died or discontinued prior to Month 12, the last available post-baseline value was used to calculate the ratio.
For each ratio and treatment arm (pirfenidone 2403 mg/day and placebo), patients were ranked by ratio changes over 12 months and divided into quartiles (Q1–Q4); summary statistics were obtained for each quartile. The relationship between changes in NLR or PLR from baseline to Month 12 and clinical outcomes at Month 12 was assessed separately in patients from the pirfenidone 2403 mg/day and placebo groups of ASCEND and CAPACITY. The Cochran–Armitage test and sensitivity analyses were conducted as described previously. Kaplan–Meier plots were constructed to examine time to death from any cause in the placebo group only, comparing Q1–Q3 versus Q4 for the change from baseline to Month 12 in NLR and PLR using the log-rank test. Q1–Q3 were pooled due to the small number of events occurring in these quartiles.

The placebo groups from GIPF-001 and GIPF-007 were used to validate the findings for all-cause mortality. NLR and PLR and changes from baseline to Month 12 were calculated as described previously. Patients from both trials combined were assigned to quartiles based on the changes in each ratio, and the Cochran–Armitage test (exact version) was used to assess trends in all-cause mortality.

Overall, 1334 patients were randomized in ASCEND and CAPACITY (pirfenidone, n = 710; placebo, n = 624). In these patients, the median (Q1, Q3) NLR and PLR values were 2.5 (1.8, 3.3) and 119.3 (93.7, 150.3), respectively. Patient demographics and baseline characteristics have been previously described [2,3] and did not differ considerably in patients categorized by baseline NLR or PLR, or by change in NLR or PLR (data categorized by NLR are shown in Table 1 and Supplementary Materials Tables S1–S3).

Reference ranges were calculated from baseline values of all patients randomized in ASCEND and CAPACITY. At baseline, estimated reference ranges for NLR and PLR were 1.1–6.4 and 56.8–250.5, respectively (Table 2). For NLR, statistically significant differences were observed between sexes and age groups (p = 0.001); although lower limits of the reference ranges were similar, upper limits were lower for females than for males, and for patients <65 versus ≥65 years of age. For PLR, a statistically significant difference was observed between sexes (p = 0.03), but not between age groups (p = 0.17); however, estimated reference range limits were generally similar between groups (<10% difference; Table 2).

This analysis was sponsored by Genentech, Inc. and F. Hoffmann-La Roche, Ltd.

ASCEND, CAPACITY, GIPF-001 and GIPF-007 were conducted in accordance with the International Conference on Harmonisation guidelines and the Declaration of Helsinki, and the relevant local legal and regulatory requirements of the countries in which the trials were conducted. Individual ethic committee approval codes are not available due to the large number of centers and countries involved and the retrospective nature of the analysis.

S.D.N. is a consultant and serves on the speakers’ bureau for F. Hoffmann-La Roche, Ltd. and Boehringer Ingelheim. His institution has received research funding from F. Hoffmann-La Roche, Ltd. and Boehringer Ingelheim. S.D.N. is also a consultant for Bellerophon and United Therapeutics. J.M. and S.B. declare no conflicts of interest relevant to the current publication. J.S., M.Y. and S.L.L. are employees of Genentech, Inc. E.M. is an employee of Genentech, Inc. and stockholder of Roche Holding AG. 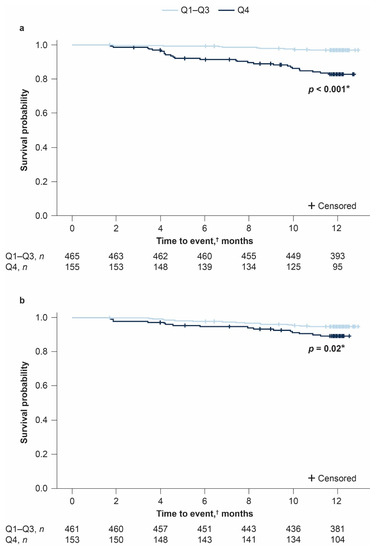 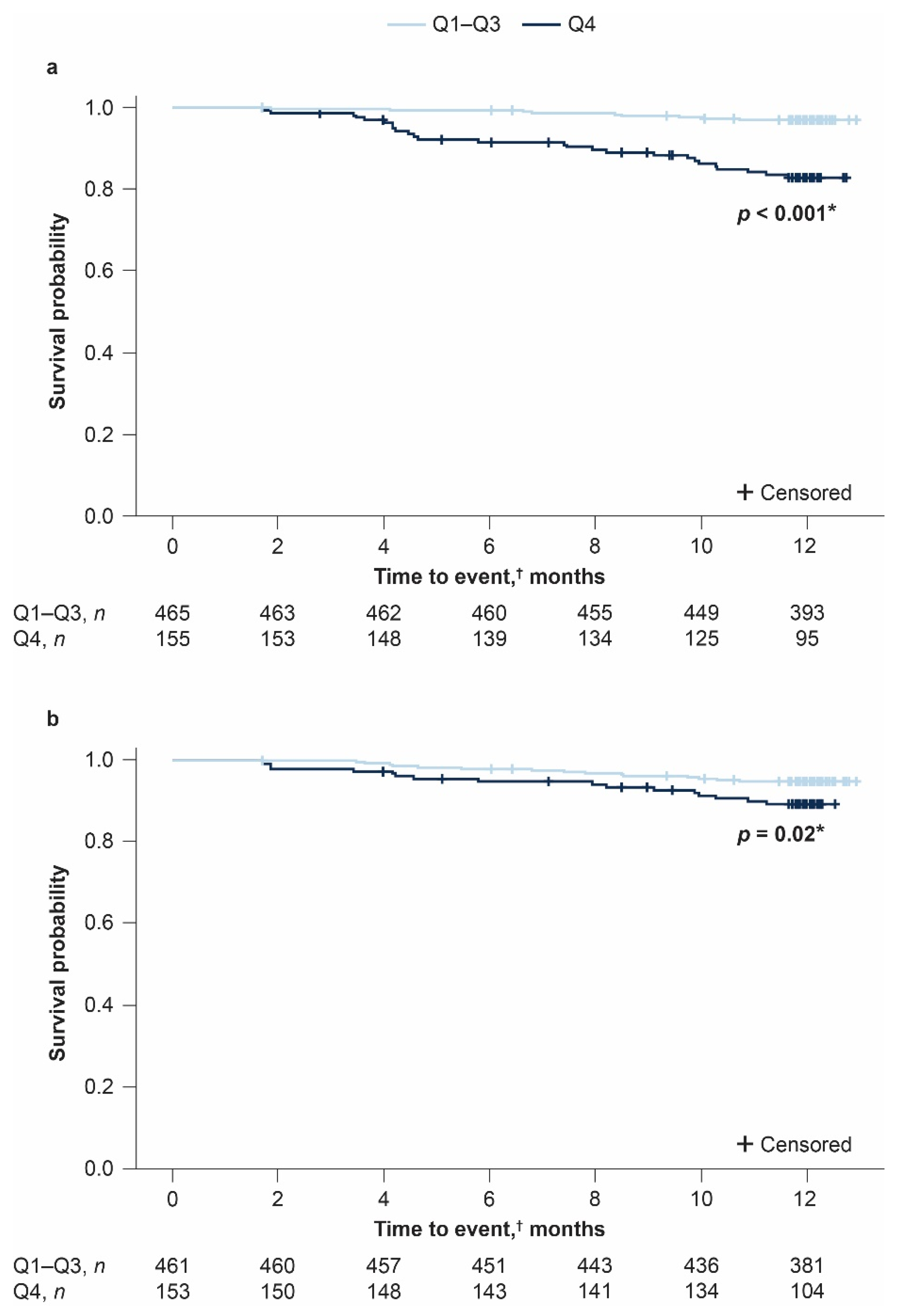