Traumatic brain injury (TBI) is a serious public health problem and major environmental risk factor for the later development of neurodegenerative disease including sporadic Alzheimer’s disease. An estimate of 10–20% of returning Iraq and Afghanistan veterans were found to have suffered at least a mild TBI (mTBI), the majority of which have been associated with exposure to explosive blasts (bTBI) [1]. An estimated 7.5–40% of these veterans have continued to report cognitive and post-concussive symptoms, including memory and cognitive deficits, months or even years after initial symptoms were resolved [2,3,4]. A history of TBI in older veterans was associated with a two-to-three fold increase in the risk of developing dementia among all races [5]. There is increasing concern that veterans with a history of blast traumatic brain injury (bTBI) have increased risk for developing chronic traumatic encephalopathy (CTE), a progressive neurodegenerative disorder affecting individuals exposed to head injuries, such as football players and boxers [6,7,8]. The symptomatology and neuropathology of CTE partially overlap with those of Alzheimer’s disease, as both disorders demonstrate neurological deficits, cognitive deficits, and dementia and are characterized by widespread tau pathologies composed of hyperphosphorylated tau proteins [9]. However, the understanding of the relationship between blast TBI and the development of CTE is still in its infancy, and the significance of tau neuropathology in blast-related mTBI is not currently resolved [6,7,8,10,11]. In addition, much remains to be elucidated about the relationship(s) of blast-induced aberrant phospho-tau expression and other important pathophysiological processes, including oxidative stress signaling, as reported by us and others [12,13,14].
Despite the subtle signs of injury, exposure to even a single mTBI could elicit long-term neuropathological changes many years after initial injury in human brains [15]. Blast TBI involves an axonal injury within 90 days after injury in veterans that remains persistent over 6–12 months [16] and that could be linked to impairment in executive function after TBI [17]. Accumulating case reports have found perivascular neurofibrillary tangles (NFTs) at the depths of the sulci in veterans with a history of blast exposure [18,19,20]. However, one recent study reported no tau pathology in five veterans exposed to a single blast event [21], although the possibility of the involvement of earlier but reversible tau alterations in the brains of these patients during the course of disease could not be ruled out. In vivo imaging technology makes it possible to study tau pathology in living patients, and this has revealed that up to 50% of veterans with a history of multiple blast exposure have shown excess cortical retention of tau ligands, demonstrating that tauopathy is present in a subgroup of veterans with blast TBI [7,22,23]. Clearly, there is an unmet need to understand the biological basis and mechanism of injury underlying blast TBI-induced neuropathological changes and neurological deficits.
Various animal models have been developed to study the effects of blast TBI and its underlying mechanism. Prior studies on the brains of blast TBI animal models found significantly elevated tau phosphorylation accompanying cognitive impairments [12,19,24]. For example, C57BL/6 mice demonstrated increased tau phosphorylation at S202 recognized by the CP-13 antibody and at the T181 site recognized by the AT270 antibody in the mouse brain two weeks after single-blast exposure [19]. Our prior studies also confirmed increased tau phosphorylation in these and additional sites (e.g., S212, T214, T231, and S396), along with increased tau cleavage in various brain areas 24 h after a single-blast that lasted for 30 days [12]. Increased tau phosphorylation at multiple sites was also reported several weeks after double or repetitive blast exposure [25,26]. Some studies have suggested that increased tau phosphorylation at specific sites may, in fact, be specific to the type and severity of blast exposure [27,28]. However, limited studies have been carried out to assess early changes after blast, which we consider to be of particular importance in the understanding of the underlying molecular mechanisms that may inform better intervention to prevent the progression of the disease. In this study, we aimed to determine changes in initial tau phosphorylation after exposure to a single mild blast and the potential contribution of oxidative stress and stress response pathways including the three mitogen-activated protein kinases (MAPK) pathways [i.e., the extracellular signal-regulated kinase (ERK), c-Jun N-terminal kinase (JNK) and p38 pathways] and the glycogen synthase kinase-3 β (GSK3β) pathway.

Three-month-old, male C57Bl/6J mice (n = 42) were used for this study. All mice were socially housed in groups of 3–4 with ad libitum food and water access in an Association for Assessment and Accreditation of Laboratory Animal Care (AAALAC)-accredited specific antigen-free (SPF) facility synchronized to a standard 12/12 h day/night cycle. All experiments were conducted in accordance with the National Institutes of Health Guide for the Care and Use of Laboratory Animals. Experiment group sample sizes, consisting of at least n = 5 blast and n = 5 sham for each timepoint examined in the study, were based on our prior work examining the development of nascent tauopathy [12]. Our established murine mild blast TBI model was previously characterized and reported [12]. Briefly, animal anesthesia was induced with brief 5% isoflurane exposure in oxygen at a rate of 1 L/min using a nonrebreathing apparatus. The induced mice were then maintained with 2.5% isoflurane anesthesia using a flexible custom nosecone while they were positioned with their dorsal aspect lying against a rigid gurney such that their ventral aspect (e.g., abdomen) was oriented towards the oncoming overpressure wave. Head and body motions caused by exposure to blast overpressure were minimized by the secure mounting of arms and legs above the wrist and ankle joints, respectively, as well as the torso using plastic ties to immobilize the mice against the support gurney. Non-blasted sham control mice were yoked with blast mice, similarly mounted into the shock tube, and held under anesthesia for the same amount of time.The blast overpressure waves used in these experiments had a peak static pressure of 19 ± 0.4 pounds per square inch (p.s.i.), a positive phase duration of 6.2 ± 0.08 msec (mean ± SEM, each), and a resulting impulse of ~32.6 psi * milliseconds. All animals survived for the duration of their respective study timepoint. At the conclusion of study timepoints, animals were euthanized by lethal sodium pentobarbital injection and dissected. Tissues were immediately frozen in liquid nitrogen and kept at −80 °C until used.

Western blot images were captured using either a GE Amersham Imager 600 (GE Amersham, Boston, MA, USA) or film, and they were quantified with Image J 2.0.0 (National Institutes of Health, Bethesda, MD, USA). Images were converted to 8-bit, and the background was subtracted. Measurements were set as follows: pick area, mean grey value, and integrated density, and images inverted. Using a freehand tool, the area encompassing the bands was outlined and values were obtained. Specifically, densitometric values were obtained for all phosphorylated tau bands detected by each antibody, which were quantified relative to total tau level for each individual mouse (tau-5). One major band was detected for both HO-1 and 4-HNE, but multiple bands were detected for 3-NT (see Supplementary Materials). All bands labeled for 3-NT from 31 kDa to the top of the blot were detected with Image J using the gel tool function, and the sum of the peaks was measured. The levels of 3-NT, 4-HNE, and HO-1 were quantified relative to actin. All bands specific for phosphorylated GSK3β, JNK, ERK, and p38 were compared to total GSK3β, JNK, ERK, and p38, respectively. Statistical analysis was performed using GraphPad Prism 8 software 8.4.0(455) (GraphPad Software, Inc. San Diego, CA, USA). Data were analyzed by a Student’s t-test to compare the difference between the bTBI and sham mice. All the data were expressed as means  ±  SEM, and are shown relative to the mean of the sham 1 h group. p values are indicated by asterisks (*** p < 0.001; ** p < 0.01; * p < 0.05).

3.1. Effects of a Single Mild BOP Exposure on Tau Phosphorylation

We previously reported that 24 h after exposure to a single mild blast overpressure (BOP), wild-type C57BL/6 mice demonstrated increased tau phosphorylation in the brain that lasted for 30 days [12]. To investigate the mechanism underlying increased tau phosphorylation, we focused on short-term changes in the cortex of exposed mice in the current study. Cortical tissues from BOP and sham controls were examined at 1, 4, and 24 h post exposure for tau phosphorylation by western blot using several well-characterized tau antibodies (Figure 1A). Significantly increased tau phosphorylation at Ser202/Thr205 detected by the AT8 antibody was found 1 h post-exposure, which lasted until 24 h in the BOP mice (Figure 1B). Significantly increased phosphorylation at S262 and Ser396/Ser404 detected by PHF1 antibody was also found at 4 h post-exposure in BOP mice (Figure 1D,E). Interestingly, the significantly increased immunoreactivity of Alz50 was also found in the brain of BOP mice at 4 h post-exposure and lasted until 24 h (Figure 1C). Through Western blot, Alz50 has been shown to be increased in various neuropathological conditions [29,30], and it is considered specific for pathological tau conformation in Alzheimer’s disease [31].

3.2. Effects of a Single Mild BOP Exposure on Oxidative Stress

3.3. Effects of a Single Mild BOP Exposure on Tau Kinases

All procedures involving animals were approved by the VA Puget Sound Health Care System Institutional Animal Care and Use Committee (MIRB: 00704, Protocol: 0851) and conducted in accordance with the National Institutes of Health Guide for the Care and Use of Laboratory Animals. 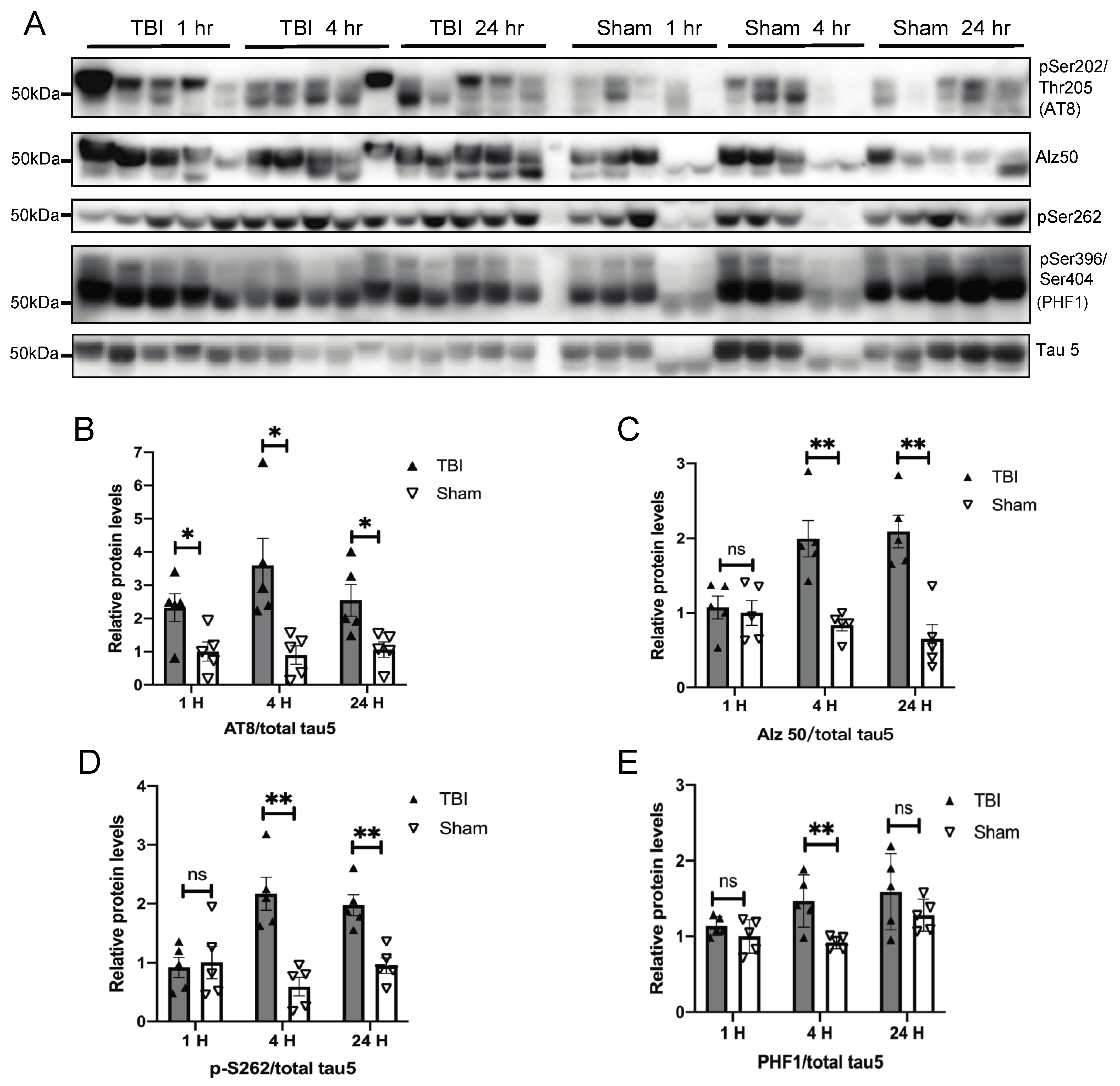 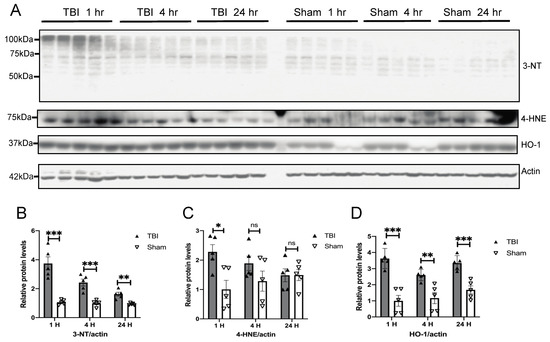 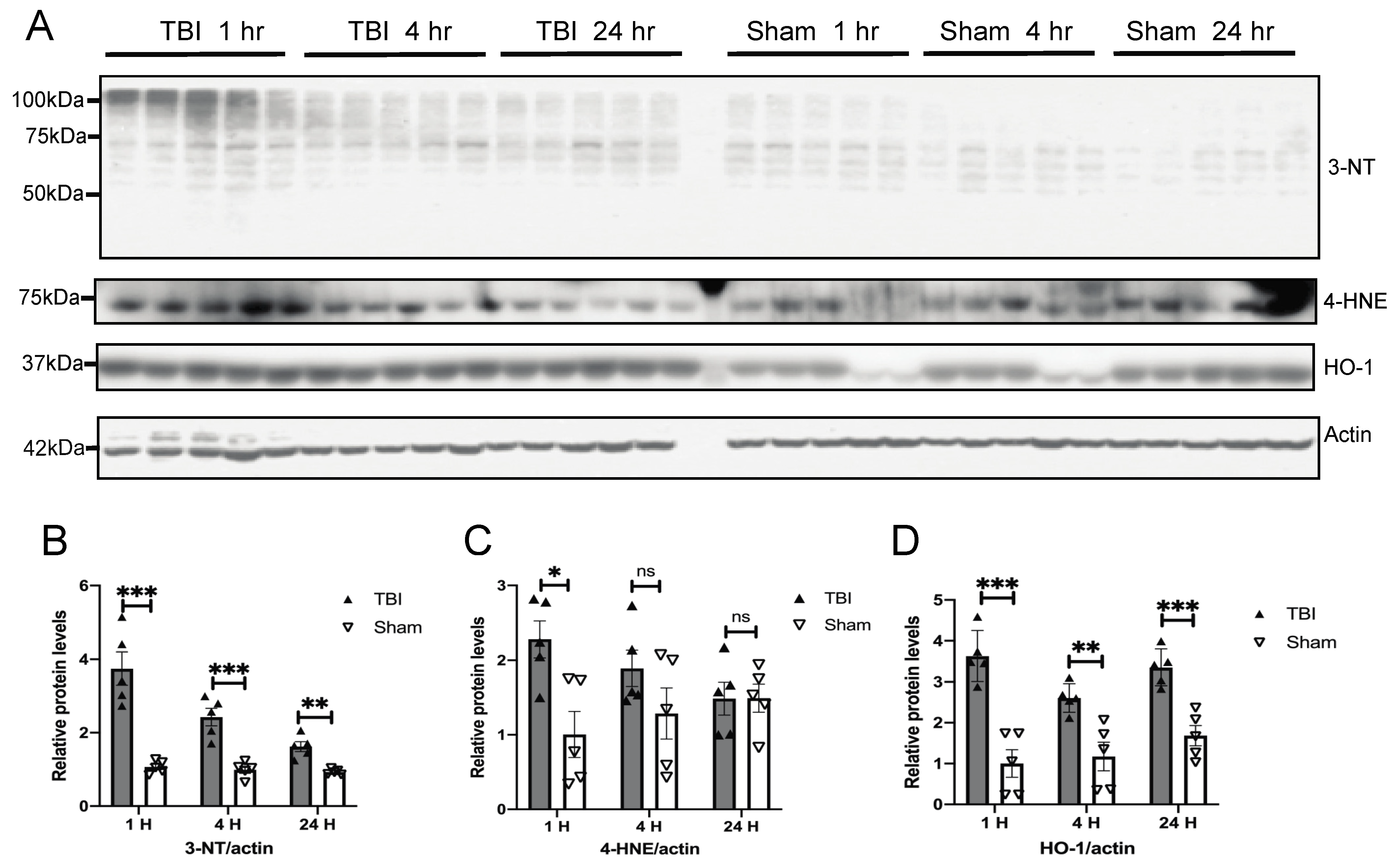 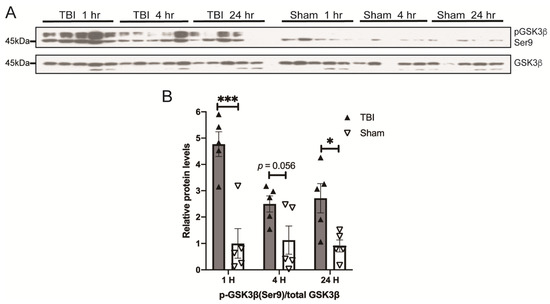 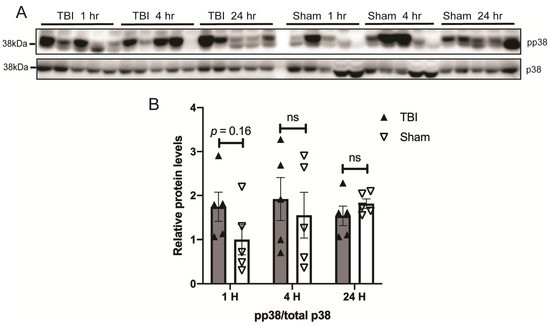