The Architect Who Lost the Ability to Imagine: The Cerebral Basis of Visual Imagery
Previous Article in Journal

Dubious Claims about Simplicity and Likelihood: Comment on Pinna and Conti (2019)

On the Role of Contrast Polarity: In Response to van der Helm’s Comments

In this work, we discussed and counter-commented van der Helm’s comments on our previous paper (Pinna and Conti, Brain Sci., 2019, 9, 149), where we demonstrated unique and relevant visual properties imparted by contrast polarity in eliciting amodal completion. The main question we addressed was: “What is the role of shape formation and perceptual organization in inducing amodal completion?” To answer this question, novel stimuli were studied through Gestalt experimental phenomenology. The results demonstrated the domination of the contrast polarity against good continuation, T-junctions, and regularity. Moreover, the limiting conditions explored revealed a new kind of junction next to the T- and Y-junctions, respectively responsible for amodal completion and tessellation. We called them I-junctions. The results were theoretically discussed in relation to the previous approaches and in the light of the phenomenal salience imparted by contrast polarity. In counter-commenting van der Helm’s comments we went into detail of his critiques and rejected all of them point-by-point. We proceeded by summarizing hypotheses and discussion of the previous work, then commenting on each critique through old and new phenomena and clarifying the meaning of our previous conclusions. View Full-Text
Keywords: amodal completion; contrast polarity; simplicity principle; likelihood principle; Bayes’ framework amodal completion; contrast polarity; simplicity principle; likelihood principle; Bayes’ framework
►▼ Show Figures 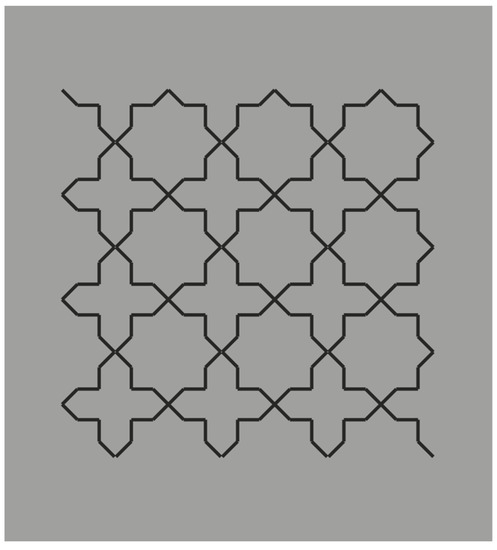