Since the establishment of the first induced pluripotent stem cell line, many research groups have attempted to use the self-renewal ability and pluripotency of differentiated neural stem cells (NSCs) for the treatment of neurodegenerative diseases, including Alzheimer’s disease, amyotrophic lateral sclerosis, and Parkinson’s disease [1,2,3,4], and to prevent secondary degeneration in spinal cord injury [5,6]. The most common approach is to transplant NSCs into affected tissues [7,8]; therefore, it is necessary to accurately confirm their differentiation status at the single-cell level both before and after transplantation [9]. Conventionally, NSC differentiation status is determined by examining the shape of the cells by using bright-field microscopy or fluorescent markers of neural differentiation [10,11]; however, these approaches are not ideal: using cell shape as an indication of differentiation status has low reproducibility due to differences in technician experience, and the fluorophores used in fluorescent markers can have lethal effects in patients [12]. Thus, a method for discriminating differentiated from undifferentiated NSCs that has high reproducibility and is non-invasive is needed.
Various machine learning-based approaches that use photomicrographs or other images to accomplish biological and medical tasks, including the differentiation status of NSCs, have been proposed [13,14]. These methods are automatic, have high reproducibility, and are non-invasive to cells because fluorescent markers are not needed [15]. Convolutional neural networks (CNNs), which are deep learning-based networks, are capable can achieve extraordinary outcomes when applied to image analysis and identification tasks [16,17]. For example, for the identification of differentiated and undifferentiated endothelial cells, Kusumoto et al. have developed a CNN-based algorithm that has an accuracy of 91.3% and an F-measure (weighted harmonic mean of the precision and the recall of the classification) of 80.9%. However, they did not optimize the hyper-parameters of their neural network, and the algorithm was applied at the cell-population level, not the single-cell level.
Here, we developed a CNN-based algorithm that uses phase-contrast photomicrographs of single NSCs to non-invasively determine differentiation status at the single-cell level (Figure 1).

2.1. Cell Culture and Induction of Neural Differentiation in SH-SY5Y Cells

SH-SY5Y cells, which are a subline thrice-cloned from the human bone marrow biopsy-derived cell line SK-N-SH from the European Collection of Cell Cultures Cell Bank (Cat. No. is 94030304), were obtained. SH-SY5Y cells were cultured in a 1:1 mixture of Dulbecco’s modified Eagle’s medium/Ham’s F-12 Nutrient Mixture (DMEMF-12; Life Technologies, Tokyo, Japan) supplemented with 15% (vol/vol) heat-inactivated fetal bovine serum in a 5% CO incubator at 37 C. For all experiments, cells were subcultured in a 35-mm glass-based dish (Iwaki, Tokyo, Japan) coated with collagen (Cellmatrix Type IV; Nitta Gelatin, Osaka, Japan). To induce neural differentiation, all-trans retinoic acid (Sigma-Aldrich, St. Louis, MO, USA) was added to the SH-SY5Y cells at a final concentration of 10 M in DMEMF-12 with 15% fetal bovine serum (day 0 after induction of differentiation) every two days for 5 days (0, 2, 4 days), after which the cells were incubated with 50 ng/mL brain-derived neurotrophic factor (Sigma-Aldrich) in DMEMF-12 (without serum) [18]. The cells were incubated in DMEMF-12 for a total of 0, 5, 9, 13, 17, or 21 days.

2.6. Architecture of the CNN-Based Model

Our model was trained and evaluated by using four-fold cross-validation and our compiled dataset (training:test = 3:1). The intensity values of the phase-contrast photomicrographs were normalized to the median [23]. In the training phase, the batch size was set to two, and the training data (phase-contrast photomicrographs and labels) were input as two batches. The objective function of our model, cross-entropy loss function, was defined as where denotes the label as a one-hot vector corresponding to the nth image in the batch, denotes the output of the nth image, and N denotes the batch size. We used the Adam optimization algorithm in order to avoid local minimum solutions [24]. We used HeNormal [25] to initialize the weights. To prevent over-learning, which is a problem when the number of training samples is small, the data were increased by rotating each training image 90, 180, and 270. We also added Dropout to the first fully connected layer to prevent overfitting [26]. For training, the number of epochs was fixed at 100.

We used the SigOpt optimization platform to optimize the hyperparameters of our CNN model [28]. The best value during 30 epochs was used for each parameter (Table 1).

2.10. Visualization of the Informative Features Learned by Our Model

2.11. Visualization of the Training Progress

Dimension reduction is a practical means of understanding how a complex model such as a neural network executes a given classification task. We conducted dimension reduction for the feature map obtained from our trained model. The number of dimensions of the feature map was reduced to two by means of t-distributed stochastic neighbor embedding (t-SNE) [31]. To check the global distribution of the data labeled ‘differentiated’ or ‘undifferentiated’, we input the test data from the four-fold cross-validation to the trained model, and the dimensions of the feature map output from the third max pooling layer and the fully connected layer were reduced.

2.12. Observation of Differentiation Ratio over Time

3.1. Training and Evaluation of the Classification

Training and evaluation were conducted by using four-fold cross-validation. The highest mean (± standard deviation) ACA obtained for the four cross-validations was 94.3 ± 2.1%. Similarly the best values for recall, precision, specificity, and F-measure were 93.8 ± 2.2%, 94.9 ± 3.3%, 94.9 ± 3.0%, and 94.3 ± 2.1%, respectively. When we compared these evaluation metric values with those of the model developed by Kusumoto et al. [16] (Table 2, ‘Baseline’), which used the same training and evaluation methods and was trained using dataset that we used in the present study, all four of our model’s evaluation metrics exceeded those of the model of Kusumoto et al.
Our model achieved a high ACA of 94.3%, which suggested that our trained neural network could be used to determine the informative features of neural differentiation. To determine whether the misprediction of differentiated cells as undifferentiated cells (FN) was more frequent than that of undifferentiated cells as differentiated cells (FP), a confusion matrix was created using the CNN model with the highest cross-validated ACA (Figure 3). The resultant numbers of FP and FN were 1 and 2, respectively, demonstrating that our model was more inclined to interpret differentiated cells as undifferentiated cells.
To do this, we first analyzed the feature maps in our trained model. The distributions of the feature maps output from the third max pooling layer and the fully connected layer for all of the phase-contrast photomicrographs were visualized in the two-dimensional space by using t-SNE (Figure 4). The result from the distribution output from the third max pooling layer revealed two distinct clusters, one each for ‘differentiated’ and ‘undifferentiated’ (Figure 4a). The result obtained from the fully connected layer showed that the two clusters could be separated linearly (Figure 4b).
We compared the model complexity between the baseline and our model. Previous research showed that model complexity could be evaluated by the number of multiply-accumulations (MACC). We calculated the MACC of the baseline model as 249,380,864 operations, whereas the MACC of our model was 5,611,902,462. This result indicates that the MACC of our model was approximately 20 times higher than that of the baseline model. The higher MACC of our models, and therefore, the higher model complexity, could be one of the reasons why the classification accuracy of our model was superior than that of the baseline model. We also confirmed that the execution of classification by our model took much more time than by the baseline model, and considered that this could be related to the increase of model complexity for our model.

This research was funded by Japan Society for the Promotion of Science KAKENHI grant number JP16H04731, JP19K22625.

We are grateful to Nigel Mongan and Jennifer Lothion-Roy (The University of Nottingham) for English proofreading. Computations were performed mainly at the computer facilities at The University of Tokyo, Tokyo, Japan (Reedbush-H). Bayesian optimization was performed by using SigOpt (https://sigopt.com). We thank Takumi Hiraiwa from the Department of Biosciences and Informatics at Keio University, Tokyo, Japan, for his assistance with the experiments. 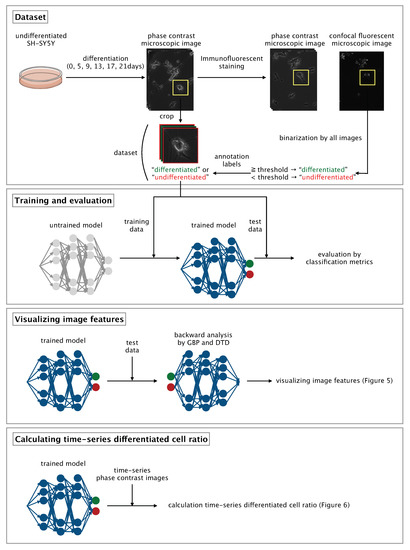 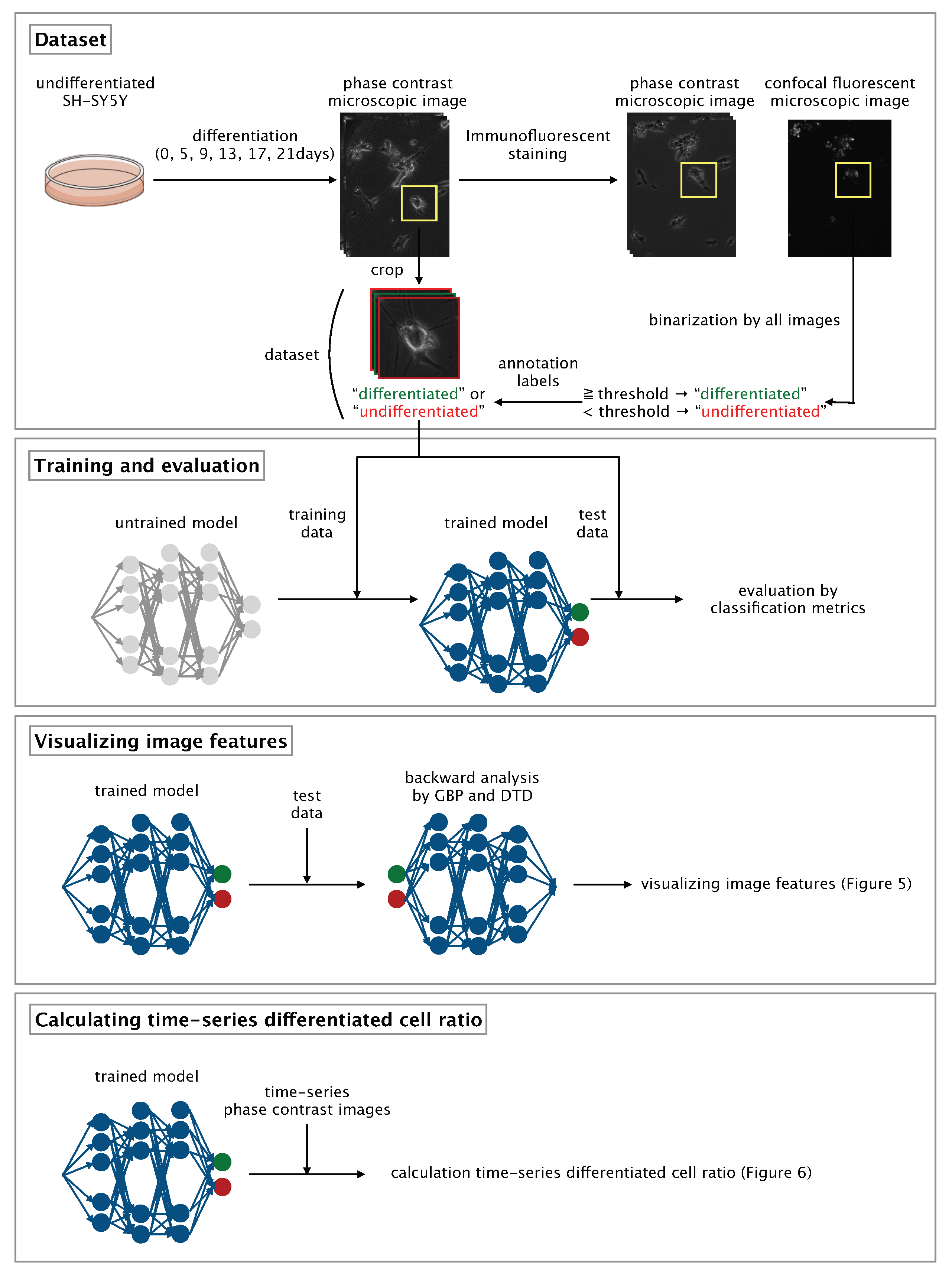 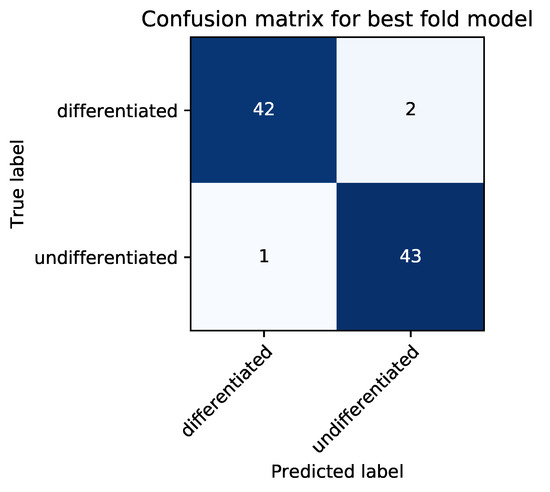 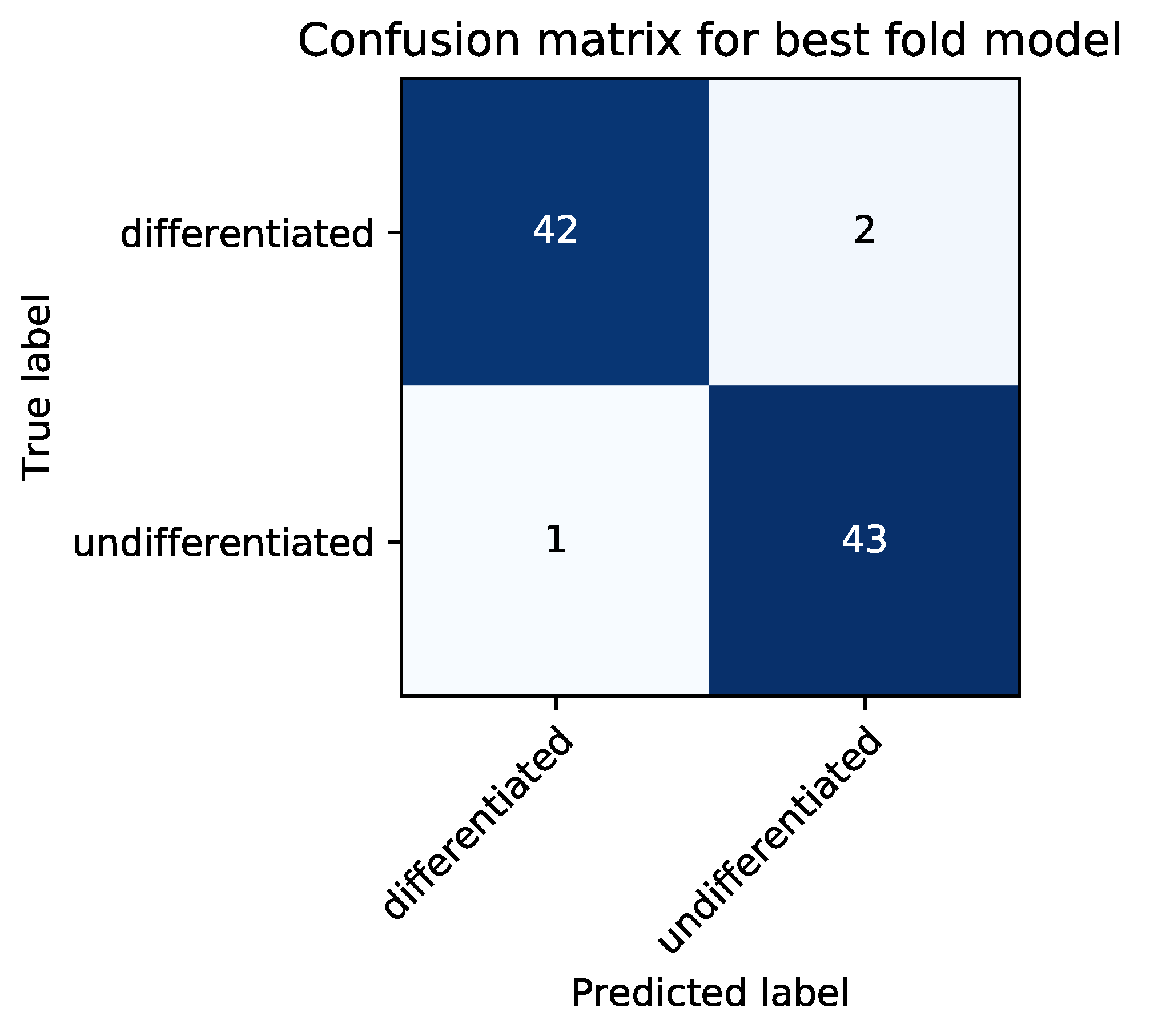 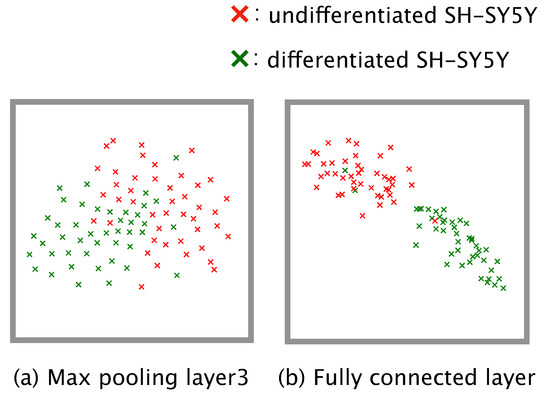 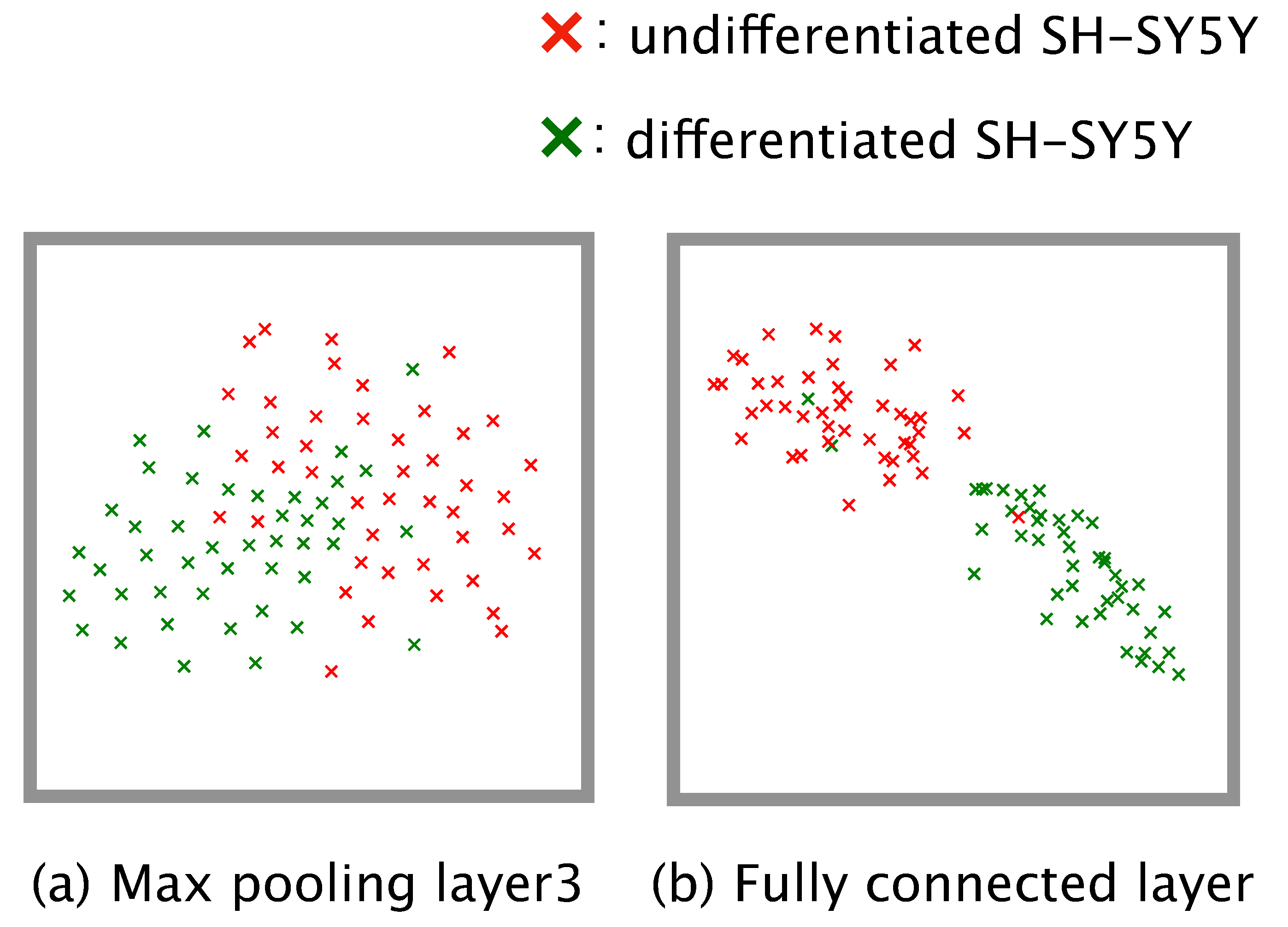 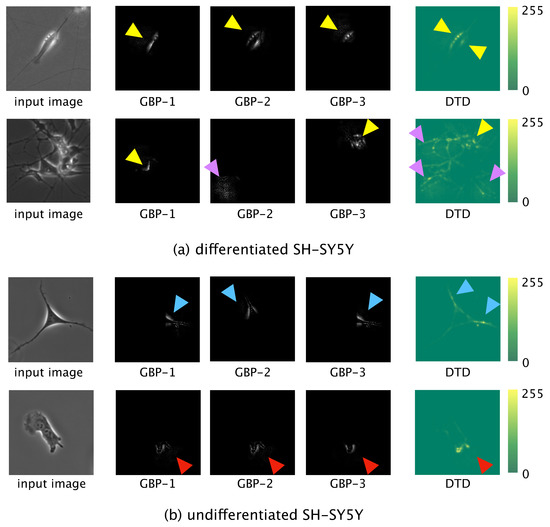 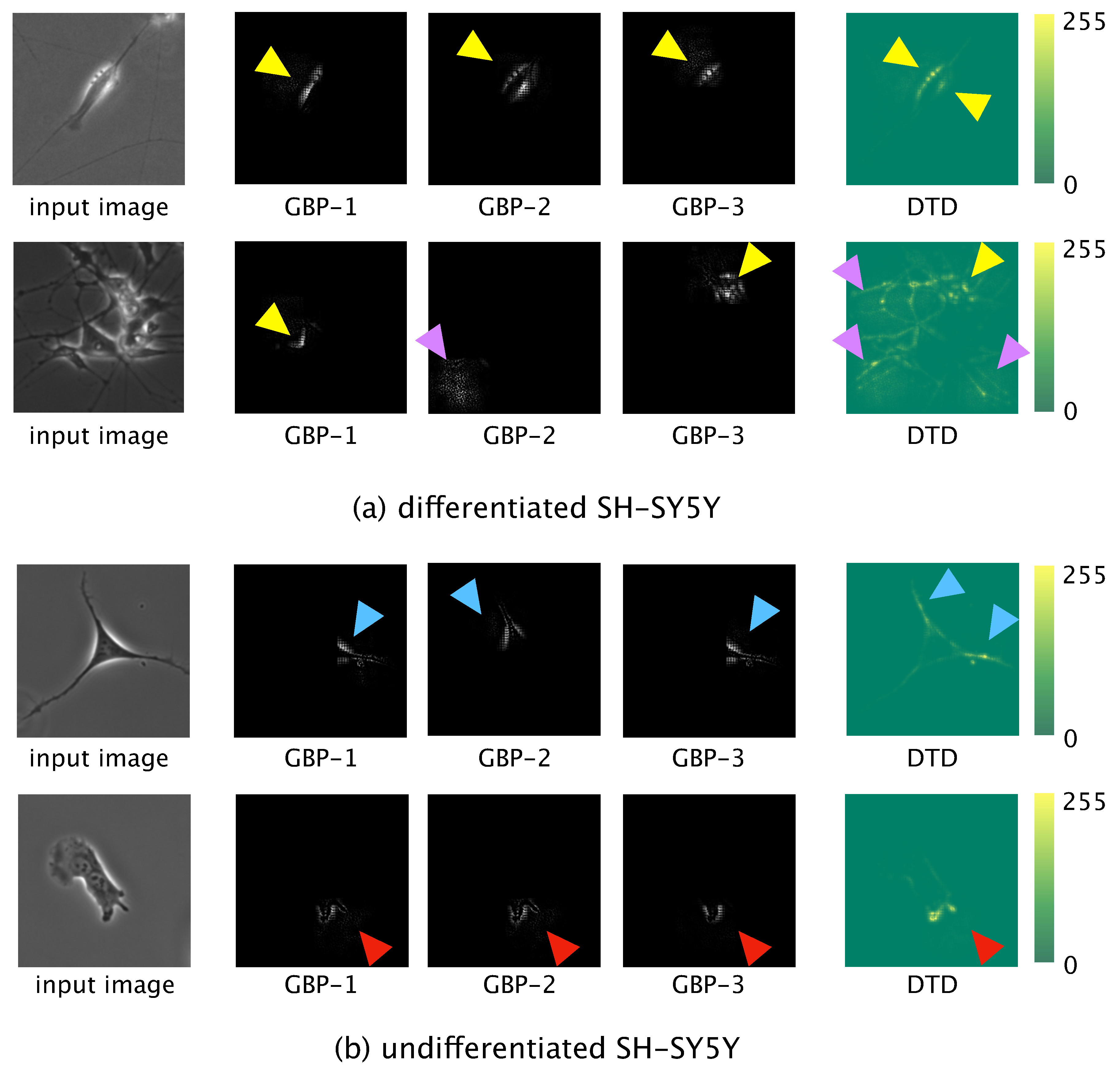 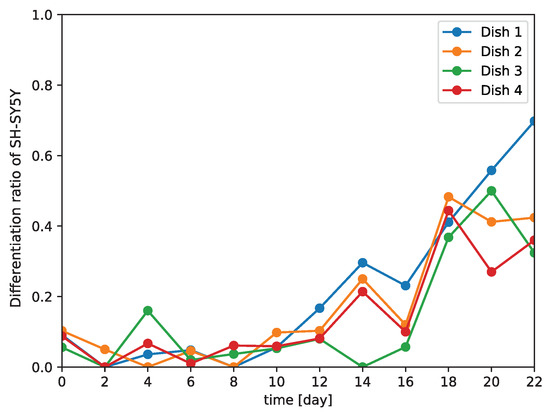 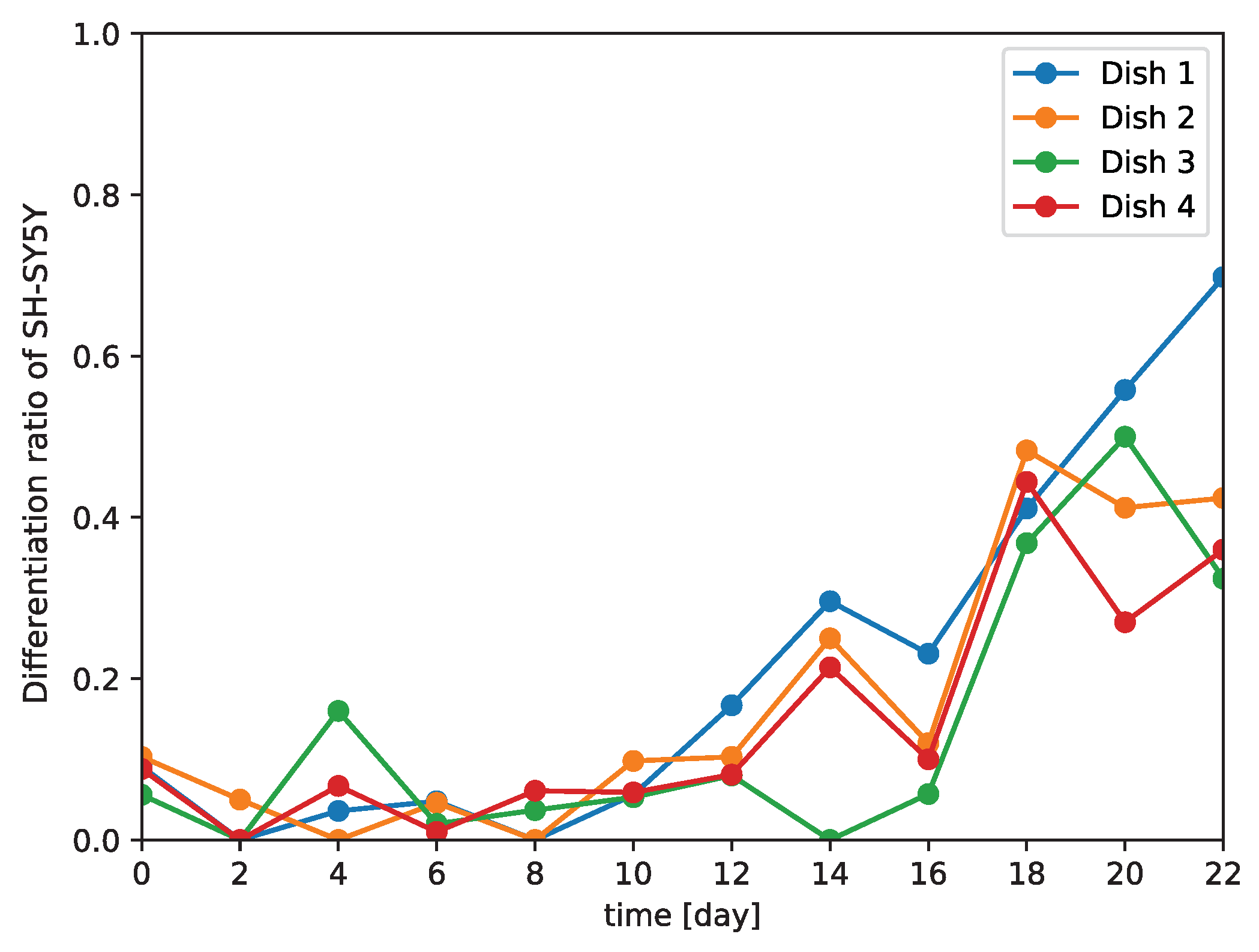 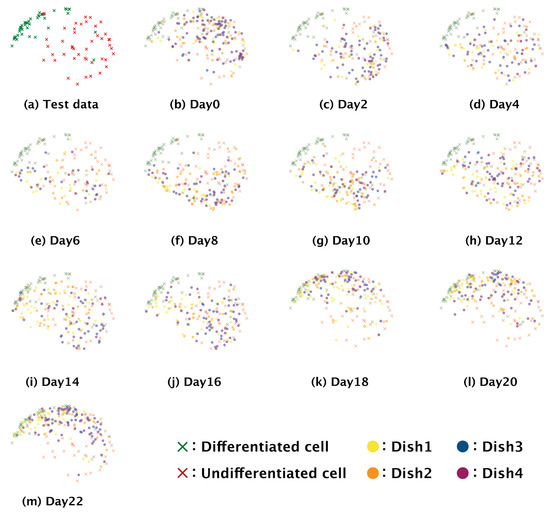 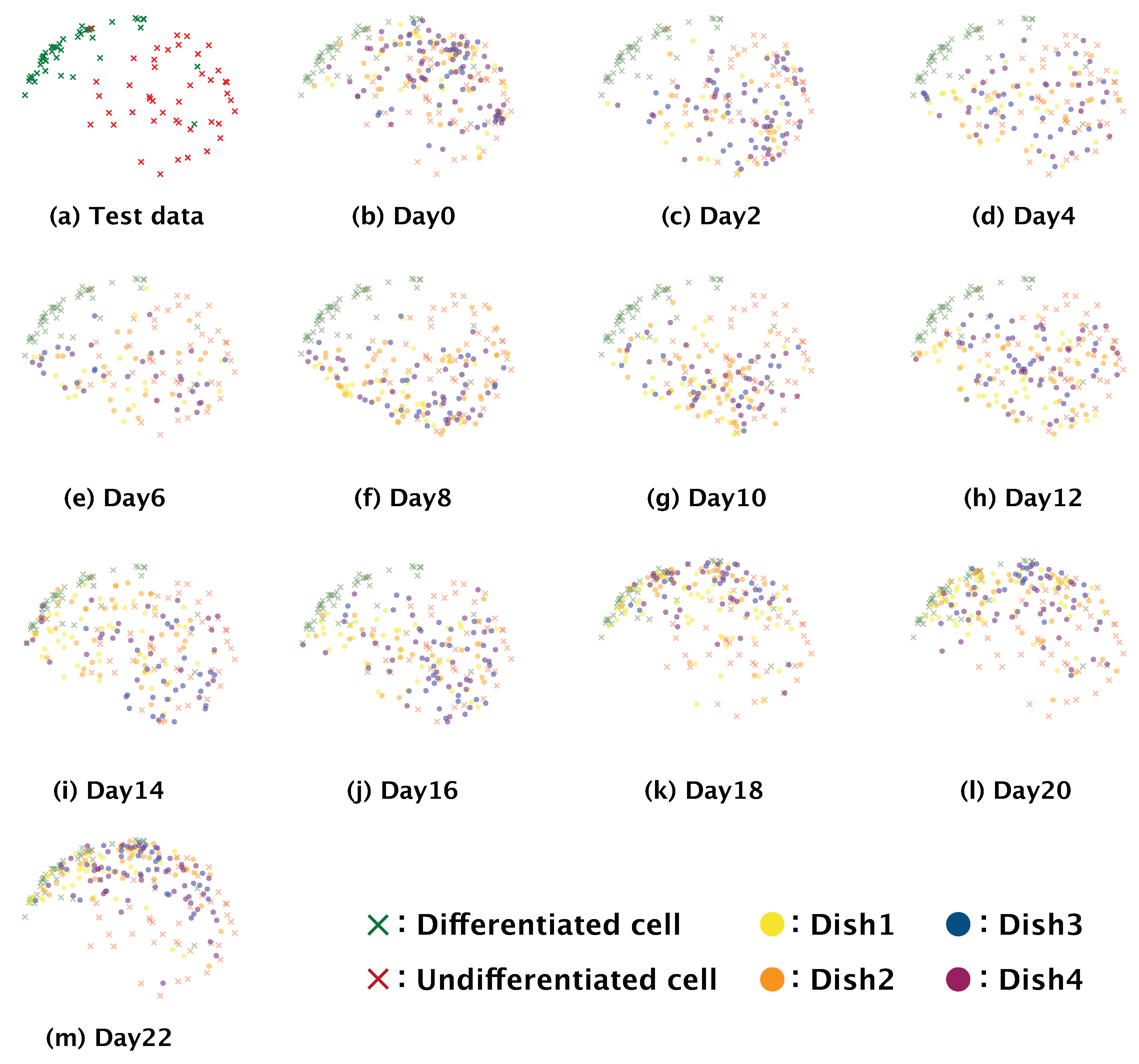