Eco-Friendly Education Facilities: The Case of a Public Education Building in South Korea

Since the importance and effects of national energy policies, plans, and roadmaps were presented in South Korea, the role of renewable energy resources has received great attention. Moreover, as there is significant reasoning for reducing and minimizing nuclear and fossil fuel usage in South Korean national energy plans, several academic scholars and implementers have expended significant effort to present the potential and feasibility of renewable energy resources in South Korea. This study contributes to these efforts by presenting potential sustainable configurations of renewable energy production facilities for a public building in South Korea. Based on economic, environmental, and technical information as well as the presented simulation results, it proposes an environmentally friendly renewable energy production facility configuration that consists of photovoltaic arrays, battery units, and a converter. Subsidies for installing and renovating such facilities are also considered. The potential configuration indicates $0.464 as the cost of energy, 100% of which is renewable. Potential limitations and future research areas are suggested based on the results of these simulations.
Keywords: eco-friendly; renewable energy; energy subsidies; SEMS; South Korea eco-friendly; renewable energy; energy subsidies; SEMS; South Korea

Review of Prior Feasibility Studies in South Korea

This study focused on an elementary school located in southeastern South Korea. To investigate the economic and environmental feasibility of potential renewable energy production facility configurations for school buildings, this study selected Samrangjin Elementary School in Miryang (SESM), which has smart meter facilities to record the school’s hourly electricity usage. The location of this school is 352344.76 N and 1285015.89 E, and it has approximately 100 students and 40 members of staff. The school has four buildings: the main education building, education support building, warehouse, and kindergarten building. Figure 1 presents the location and an overview of SESM in South Korea.

This study uses the solar resource data provided by the National Aeronautics and Space Administration (NASA). Table 2 summarizes the monthly baseline data. Annual average solar daily radiation is 4.259 kWh/m/d, with a solar clearness index of 0.514. The wind resource information of SESM is collected and provided by the Korea Meteorological Administration. Figure 2 summarizes the monthly wind speed.

To present precise simulation results, the actual South Korean interest rate is computed and used in the simulations [18,19]. Based on a report by the Bank of Korea, an annual interest rate of 3.51% is used.

The sustainable configuration, which contains PV panels, battery units, and a converter, is proposed based on the simulation results (Table 4). Table 5 summarizes the total and annual costs of the proposed configuration. The suggested configuration for providing reliable and sustainable energy services to SESM includes 500 kW-capacity PV arrays, a 247 kW-capacity converter, and 202 battery units (Table 4).
The estimated net present and annual costs are $623,617 and $37,837, respectively. The computed COE is $0.464 per kWh. Table 6 provides the annual electricity production. All the energy provided by the suggested system originates from renewable sources. As shown in Table 6, approximately 14% of the electricity produced by the suggested system fulfils the electricity demand of SEMS (AC primary load), while 86% is sold through the grid connection.
Altering the current grid connection to the suggested configuration is expected to reduce annual emissions of carbon dioxide, sulfur dioxide, and nitrogen oxide by 308,661 kg, 1338 kg, and 654 kg, respectively.

This work was supported by the Ministry of Education of the Republic of Korea and the National Research Foundation of Korea (NRF-2018S1A5A8027730). This research was also supported by the MIST, Korea, under the National Program for Excellence in SW supervised by the IITP (2015-0-00914). Moreover, the second author’s research is funded by Ministerio de Economía y Competitividad (DPI2015-69041-R) and by Universitat Jaume I. 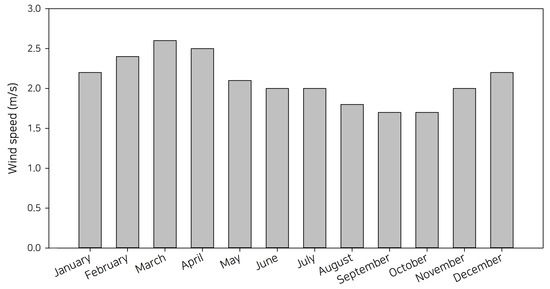