Software defined network (SDN) is a new network architecture in which the control function is decoupled from the data forwarding plane, that is attracting wide attentions from both research and industry sectors. However, SDN still faces the energy waste problem as do traditional networks. At present, research on energy saving in SDN is mainly focused on the static optimization of the network with zero load when new traffic arrives, changing the transmission path of the uncompleted traffic which arrived before the optimization, possibly resulting in route oscillation and other deleterious effects. To avoid this, a dynamical energy saving optimization scheme in which the paths of the uncompleted flows will not be changed when new traffic arrives is designed. To find the optimal solution for energy saving, the problem is modeled as a mixed integer linear programming (MILP) problem. As the high complexity of the problem prohibits the optimal solution, an improved heuristic routing algorithm called improved constant weight greedy algorithm (ICWGA) is proposed to find a sub-optimal solution. Simulation results show that the energy saving capacity of ICWGA is close to that of the optimal solution, offering desirable improvement in the energy efficiency of the network. View Full-Text
Keywords: SDN; green network; energy saving; routing SDN; green network; energy saving; routing
►▼ Show Figures 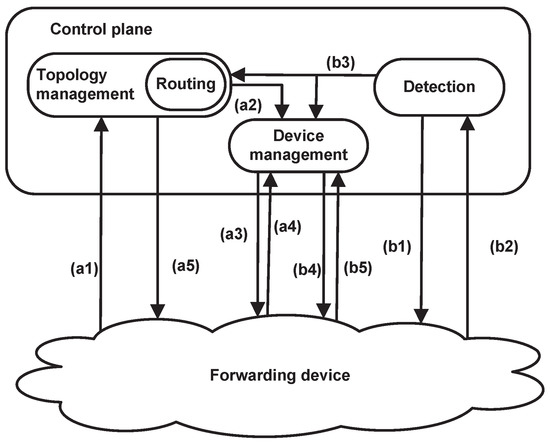