All available well data, including BHT and True Vertical Depth (TVD) were exported from geoSCOUT from the study area. In total, there were 4261 data points.

First, all points that did not include both BHT and TVD data were removed. The average thermal gradient (°C/km) from the surface for each data point was calculated using Equation (1): where BHT is bottomhole temperature in °C, ST is surface temperature in °C (calculated from mean annual temperature), and TVD is true vertical depth in m. Mean annual temperature of Alberta from 1961 to 1990 was 0.6 °C [28]. The data were then plotted both by BHT vs. depth and thermal gradient vs. depth.
Next, the obvious outliers were removed, including wells with unusually high (>39 °C/km) or low (<20 °C/km) thermal gradients, because they were not consistent with the assumed conductive heat flow in the area and most of the data. The outliers of anomalously high temperatures at high depths were kept for future research, as it may be valuable to look at each data point to assess the legitimacy of the recording.
Other obvious outliers included wells where companies reported the same temperature for multiple wells with different depths. Also, temperature measurements for wells <1 km TVD have been shown to be biased, so these data points were removed [23]. From the work of others, individual outliers of high temperatures at greater depths could be Fahrenheit (F) recorded as Celsius (C), and outlier groups at shallow depth could be due to various factors such as incorrect reading or resetting of the maximum reading thermometers (which give anomalously high temperatures) and, occasionally, recording TVD and BHT as the same value [7]. These errors provide insight into the quality of the data and illustrate that great care must be taken to assess the validity of each measurement
After the filtering process, 1785 data points remained. BHT vs. depth data were plotted then fitted with a linear trendline to calculate the averaged uncorrected thermal gradient. The thermal gradient vs. depth data were also plotted and fitted with a linear trendline to assess the change in thermal gradient with depth.
The average thermal gradient of these wells was calculated to be 23.9 °C/km (Figure 4). The average thermal gradient change with depth was calculated to be −1.5 °C/km, suggesting that gradient does not change significantly with depth. This means that using the gradient to calculate temperature at depths may be straightforward, but caution should be taken when interpreting the results and extrapolating to depth due to uncertainty of the accuracy of the BHT data.

After the data were filtered, depths to target formations were analyzed. First, data points from horizontal wells, as well as re-entered well events, were removed. Additionally, six wells did not have wireline logs. In total, 1655 wells were assessed for formation tops. Depths to all formations between the Beaverhill Lake Group and the top of the Precambrian Basement were chosen by assessing wireline logs of each well that drilled to these formations and each TVD recorded. The wireline logs used were resistivity, gamma, neutron-density, and sonic if the former three logs were unavailable.
TVD data for all formation tops for each well were imported into Surfer. Next, grid files were created from TVD data for each formation and used to create contours with a simple Kriging method. Within the drilling area, only 2 wells penetrate to the Beaverhill Lake Formation and deeper. Therefore, the elevation contour maps were extrapolated to calculate the expected depth to Beaverhill Lake Group and the Precambrian Basement from the 16 wells that penetrate to the Wabamun Formation in the drilling area. This was done using the Point Sample calculator on Surfer.

After formation tops were selected and depths to the Beaverhill Lake Group and the Precambrian Basement were extrapolated, we calculated the expected temperature at these formation tops using Equation (2): where TFormation is the temperature at the top of the formation at each well in °C, and Formation Top TVD is the depth to the top of the formation in m. For the study area, we used the TVDs from the well data. For the drilling area, we used the TVDs calculated from the elevation contour maps.
TFormation data for each well were imported into Surfer. Next, grid files were created from the temperature data for both formations and used to create contours with a simple Kriging method.

For a geothermal project to be economic in the area at this time, the estimated maximum depth of target formations must be less than 4500 m, and thermal fluids of at least 120 °C provide the best opportunity for commercial viability. The Devonian carbonate and sandstone formations between the Beaverhill Lake Group and the Precambrian basement are less than 4500 m depth in the study area. Within the drilling area, there are sections where temperatures have been calculated to almost reach or exceed 120 °C to the east and southeast of the Norbord OSB plant. Because we expect the BHT data to provide a lower-end temperature estimate, the actual formation temperatures may be higher. Based on these results, the Alberta No. 1 geothermal power and direct use heat project in this area fits the depth and temperature criteria to be successful. Other geological considerations that will be assessed include flow rate potential of these formations and areas of fluid convection such as faults and fractures, which can be delineated by seismic data.

Data was obtained from the geologic systems’ geoSCOUT program. geoSCOUT is available at https://www.geologic.com/products/geoscout/ on a subscription basis.

This work was carried out by the Alberta No. 1 team supported by Terrapin Geothermics. The Alberta No. 1 project is partially funded by Canada’s federal government, through Natural Resources Canada’s Emerging Renewable Power Program. The strong support of the Federal government for this project is gratefully acknowledged. The input and discussions on subsurface temperatures with Will Gosnold and Dick Benoit are sincerely appreciated. 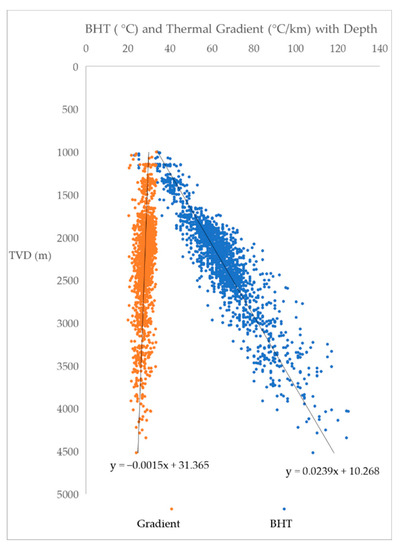 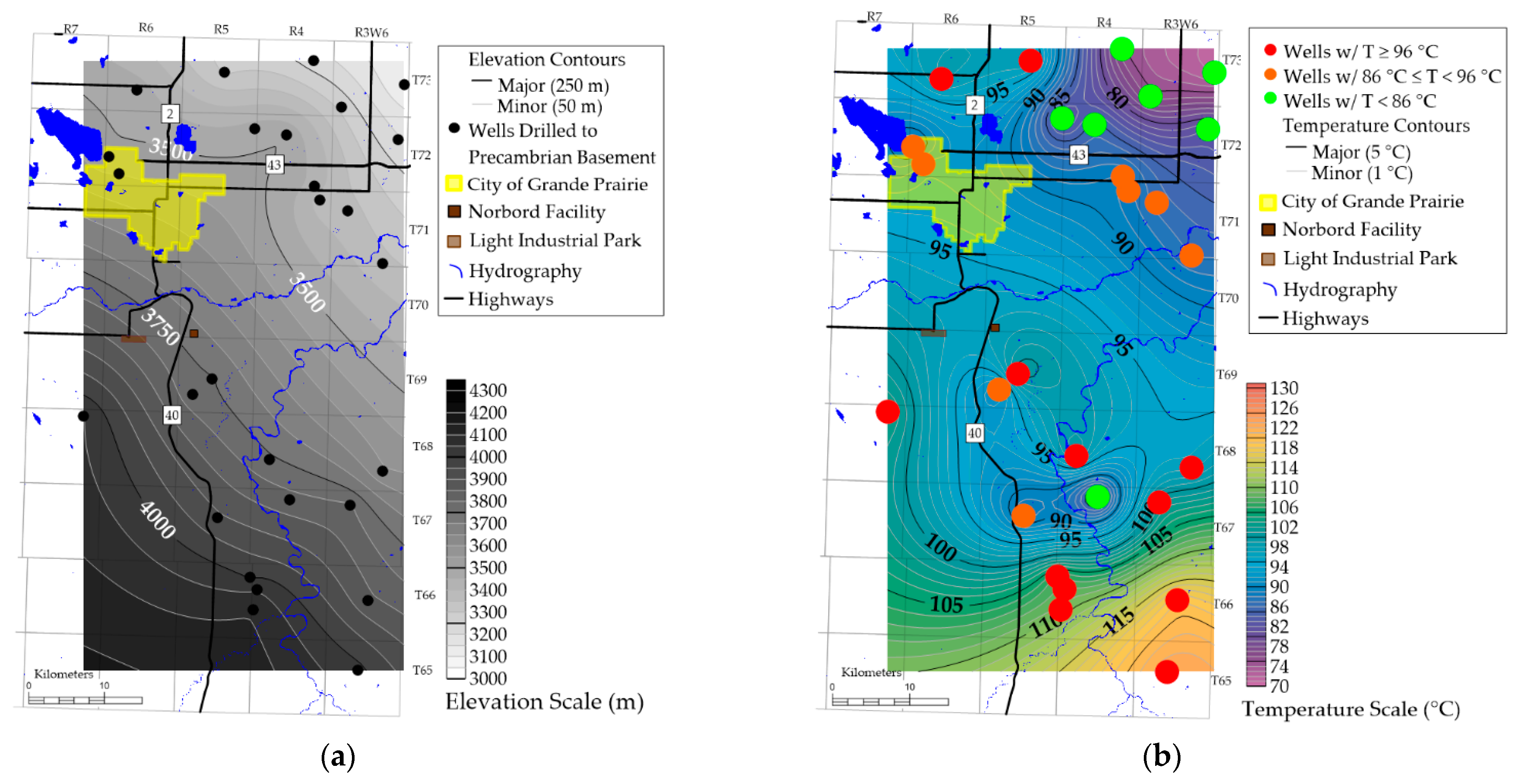 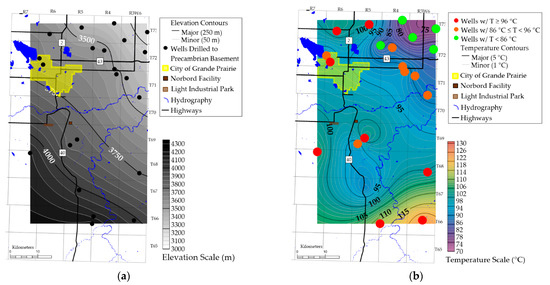