Additive manufacturing is now capable of delivering high-quality, complex-shaped metallic components. The titanium alloy Ti6Al4V is an example of a printable metal being broadly used for advanced structural applications. A sound characterization of static mechanical properties of additively manufactured material is crucial for its proper application, and here specifically for Ti6Al4V. This includes a complete understanding of the influence of postprocess treatment on the material behavior, which has not been reached yet. In the present paper, the postprocess effects of surface finish and heat treatment on the mechanical performance of Ti6Al4V after selective laser melting were investigated. Some samples were subjected to barrel finishing at two different intensities, while different sets of specimens underwent several thermal cycles. As a reference, a control group of specimens was included, which did not undergo any postprocessing. The treatments were selected to be effective and easy to perform, being suitable for real industrial applications. Tensile tests were performed on all the samples, to obtain yield stress, ultimate tensile strength and elongation at fracture. The area reduction of the barrel-finished samples, after being tested, was measured by using a 3D scanner, as a further indication of ductility. Experimental results are reported and discussed, highlighting the effect of postprocessing treatments on the mechanical response. We then propose the optimal postprocessing procedure to enhance ductility without compromising strength, for structures manufactured from Ti6Al4V with selective laser melting.
Keywords: selective laser melting; additive manufacturing; Ti6Al4V; barrel finishing; heat treatment; tensile test selective laser melting; additive manufacturing; Ti6Al4V; barrel finishing; heat treatment; tensile test

The results of the experimental campaign are reported in Figure 6, Figure 7, Figure 8, Figure 9, Figure 10, Figure 11, Figure 12 and Figure 13. Figure 6 shows the surface macrographies of specimens before and after BF. The untreated surfaces are characterized by several defects, as expected. The horizontal one (0° orientation) shows the effect of laser processing, and the tracks are visible. The 45° specimen is affected by the so-called balling phenomenon, which is more evident in 90° one. As the BF is performed at 30 rpm, these defects are deeply reduced: The laser tracks disappeared, and only some local asperities are present. At 42 rpm, the BF action is more effective, and almost all the defects are removed.
This morphological investigation can be quantitatively analyzed by roughness measurements. Before the conditioning, the expected profiles are observed. An almost periodical behavior is present for 0° orientation: Since the laser is orthogonally consolidating the area, no staircase effect and reduced balling phenomenon occur; as a consequence, the hatching laser tracks are prominent (Figure 7a). In this case, the average roughness Ra is low and equal to 8.557 µm, and the total roughness, namely the distance between the maximum peak and the deepest valley, is 40 µm. At 45° orientation (Figure 7b), the staircase and balling phenomenon affect the surface, which shows a greater Ra and Rt. For 90° orientation, the defects are pronounced with a Rt about twice the 0° case and an Ra equal to 12.903 µm (Figure 7c). The conditioning via BF at 30 rpm markedly reduces the previous defects, providing surfaces with less than 1 µm Ra: Only some scratches of 5 µm maximum height are present in 0° orientation, as shown in Figure 7d; deeper valleys, 10 µm height, are present in 45° and 90° surfaces (Figure 7e and f). When BF at 42 rpm is adopted, the previous scratches are almost removed and a Ra of about 0.5 µm is reached (Figure 7g–i). It is well evident that BF is able to delete the micro-geometrical feature SLM technique applied to the fabricated surfaces.
An overall analysis of surface was carried out by 3D maps. The unconditioned 0° surface is almost periodical but some subsidence zones present (in dark green in Figure 8a). A BF treatment at 30 rpm is a delicate operation which is able to delete the previous behavior but some little zones are characterized by local valleys, probably reminiscence of initial deepest subsidence (Figure 8c). Conversely the chaotic and rough surface related to 90° orientation shown in Figure 8b is completely flattened by a 42 rpm BF action which removed any defects present at the beginning (Figure 8d).
Figure 9 summarizes the overall behavior, in terms of force–displacement curves, of barrel-finished and heat-treated samples. For the BF (Figure 9a), only one sample was tested for each combination of building direction and finishing intensity, while for the thermally treated specimens, the median value of three repetitions was reported in Figure 9b.
Figure 10 shows the corresponding engineering stress–strain curves for barrel-finished and heat-treated specimens, respectively, calculated using the actual specimen dimensions measured before the tests.
The barrel-finished samples exhibited a maximum scatter below 15% in terms of yielding stress, while the thermal-treated specimens showed an improved behavior in terms of repeatability, with the only exception being the samples treated at 482 °C (TT 482), with a significantly higher yielding value. Their yielding stress, higher than 1050 MPa, resulted in being comparable to that of the barrel-finished samples, which did not receive any thermal treatment.
Conversely, both the elongation at break and ultimate tensile strength demonstrated a higher scatter due to the influence by the postprocesses. Their values are reported in Figure 11a and Figure 12a. In this case, for the heat-treated specimens, the mean values of the three repetitions are used. In Figure 11b and Figure 12b, the mean values of ultimate tensile strength, yield stress and elongation at break are summed up for each level of surface finish and each temperature.
Finally, the percentage of area reduction at fracture of the barrel-finished specimens, evaluated close to the most critical section, is illustrated in Figure 13.

The tensile tests exhibited a good level of repeatability, in terms of yield stress, elastoplastic behavior and ultimate tensile strength. Moreover, the repetitions for each heat-treatment level turned out to be matching perfectly, confirming the consistency of the building and postconditioning processes. Negligible effects were observed in the mechanical behavior due to fabrication orientation, which essentially excludes the possibility of macroscopic structural anisotropy induced by the production process. Likewise, the surface finish had moderate effects on yielding stress and ultimate tensile strength, with differences below 15% overall. Conversely, the heat-treatments showed a systematic impact both on yield stress and ultimate tensile strength, lowering those values by about 7%. Only the samples cured at 482 °C revealed a yield stress comparable to that typical of untreated samples (around 1050 MPa).
All the postprocess treatments had a significant influence on the elongation at break. Both the barrel-finished samples’ subsets exhibited an increased fracture elongation of about 25%, while the heat-treatments enhanced the elongation, with respect to their intensity, up to more than 30%. Eventually, the area reduction also showed an increasing trend with the increase of BF velocity.
The influence on the ductility of surface finish condition can be interpreted as the effect of high surface roughness, typical of as-built specimens, which might act as a crack initiator. Such roughness, typically in the range of Ra = 5–15 µm [23], can be regarded as a series of superficial defects, causing a stress intensification in some spots on the surface of the sample, which in turn produce a premature fracture. The interpretation is that, when the first fracture appears, the stress distribution is not yet the typical one of tensile specimens, in which the critical point, where the deformation should be localized, is known to be the one in the middle of the cross-section. Thus, at fracture onset, the expected critical point inside is not more critical than other points on the surface, where conversely the fracture can be triggered by superficial defects causing a local stress intensification.
To support these hypotheses, a numerical simulation of a tensile test was performed to assess the plastic strain at the fracture onset. The simulation was carried out, using the commercial finite-element analysis code ANSYS. The material was regarded as isotropic and described with a nonlinear stress–strain law, based on Voce’s formulation. The specimen was discretized, using solid elements with quadratic formulation with an average element length of 0.1 mm. All the possible symmetries were exploited in the modeling, in order to reduce the number of elements required. Surface roughness and residual stresses were neglected.
The results, which are reported in Figure 14, show how the total equivalent plastic strain exhibits a nearly homogeneous distribution along the cross-section, showing only a marginal concentration in the inner area. Such behavior suggests that the first failure occurs before reaching a localization of deformation inside the specimen, as observed, for instance, on standard material. Thus, being inner and outer points of the sample at the same stress level, the fracture is supposed to start outside, triggered by superficial defects or residual stresses.
Finally, besides the modification of the microstructure, the contribution of heat treatments to ductility enhancement can be explained with the attenuation of residual stresses, induced by the fabrication process. The residual stresses, being mainly concentrated on the samples’ surface, alter the expected stress distribution, hence triggering an untimely fracture onset as for the case of surface roughness.

A thorough static mechanical characterization of AM SLM Ti6Al4V was performed, highlighting the influence of different thermal treatments and surface finish on the resulting mechanical performance. Samples were subjected alternatively to BF of different intensities or thermal treatments at different temperatures and durations. Samples were successively subjected to tensile tests under quasi-static conditions. Fracture surfaces and area reduction were additionally evaluated on fractured specimens.
According to experimental evidence, the building direction seemed to not affect the mechanical performance of additive Ti6Al4V significantly, such that the alloy can be reasonably regarded as isotropic. The longer the duration of the heat treatment, the more ductile the observed material behavior was. Analogously, the more intense the BF was, the higher the elongation at fracture was. Both postprocesses can play a key role in the trade-off between strength and ductility, having the great advantage of being simple to perform.
The thermal treatments seemed to be more suitable when the ultimate tensile strength was not of primary importance and a specific microstructure must be obtained. The experimental results pointed out that a temperature of 788 °C seemed to be the best choice to increase ductility without compromising strength. On the other hand, BF proved to be effective in enhancing elongation at fracture, with a marginal influence on other mechanical properties. Within the two intensities tested in the present work, the one corresponding to 30 rpm rotational speed gave the most beneficial results.

This research did not receive any specific grant from funding agencies in the public, commercial or not-for-profit sectors.

The authors wish to thank Eng. Luciano Macera for the specimens’ fabrication. 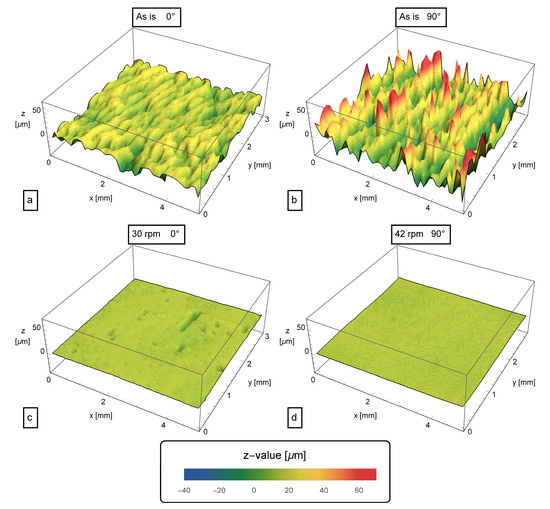 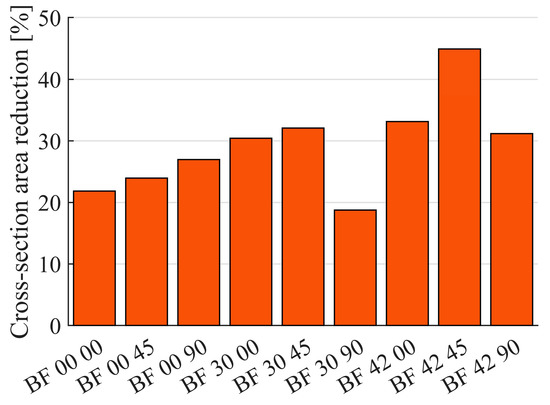 Table 3. Specimens IDs, actual dimensions and postprocessing information.
Table 3. Specimens IDs, actual dimensions and postprocessing information.
© 2020 by the authors. Licensee MDPI, Basel, Switzerland. This article is an open access article distributed under the terms and conditions of the Creative Commons Attribution (CC BY) license (http://creativecommons.org/licenses/by/4.0/).
We use cookies on our website to ensure you get the best experience. Read more about our cookies here.
Accept
We have just recently launched a new version of our website. Help us to further improve by taking part in this short 5 minute survey here. here.
Never show this again