The present study was conducted to investigate changes in the thermal conductivity of petroleum pitch-based carbon molded bodies prepared by anisotropic (uniaxial) molding under different molding pressures. The carbon molded bodies were prepared using needle coke and petroleum-based binder pitch polymers (softening point: 150 ℃). Green blocks prepared under high molding pressure showed a higher particle orientation value up to 16.4 μm. Graphite blocks, prepared by graphitizing the green blocks at 2800 ℃ showed a similar trend. The pores in the carbon molded body were filled with low boiling point substances, generated by the thermal treatment of the binder pitch polymer or air that could not be discharged during the molding procedure. Therefore, when phonons encountered a pore, phonon scattering, rather than phonon transport, occurred, and thus the heat transport from the hot zone to a cold zone became slow. As a result, although the particle orientation was a little higher in the B_10-G sample than in the B_20-G sample (in the error range), the thermal conductivity was higher in the B_20-G sample, which may be because the B_10-G sample had a higher porosity than the B_20-G sample.
Keywords: heat sink materials; pyrolyzed fuel oil; binder pitch polymer; needle coke; graphite block heat sink materials; pyrolyzed fuel oil; binder pitch polymer; needle coke; graphite block

To verify the physical properties of the carbon molded body, the apparent density and the true density were measured and shown in Table 1. The apparent density of the green blocks increased as the molding pressure increased, but it remained at a similar value over 12.49 MPa. Before the thermal treatment, all the samples showed a similar true density, because the mixing ratio of the needle coke and binder pitch polymer was the same. In addition, even after the thermal treatment, most of the carbon molded bodies, except the B-N sample, showed similar apparent density and true density.
The B_N-G sample showed a porosity of 54.7 vol%; the B_5-G sample, 52.2 vol%, the B_10-G sample, 46.7 vol%; and the B_20-G sample, 38.5 vol%. As the molding pressure increased, the porosity decreased. The porosity of the graphite blocks was at a higher level, from 52.2 to 38.5 vol%, which may be because pores were formed when the low-boiling point substances of the binder pitch polymer (CV value of 47 wt%, in Figure S1) were discharged during the thermal treatment process. This result is consistent with the decrease in particle orientation found in Figure 4b,c.

3.1. Increase of Thermal Conductivity Depending on Orientation

Heat transfer phonons are thermally diffused by the vibration of lattices and a crystalline structure generally has an advantage in thermal conductivity compared to an amorphous structure [13,14,15]. The needle coke, the main raw material of the manufactured carbon molded bodies, has an anisotropic crystalline structure of a flow form, and thus showed high thermal conductivity in the particle direction, even after being pulverized. It was found that this phenomenon can be seen as a result of the arrangement characteristics of the particles rather than the crystallinity of the graphite block structure through XRD and Raman spectroscopy analysis (Figure S1). Figure 6 illustrates the phonon transport and scattering caused by the orientation. Figure 6a shows the inside of a well-oriented carbon molded body, indicating that rapid heat transport occurs from the hot zone to the cold zone in the direction of the particle alignment. In contrast, in Figure 6b, where the needle coke particles are randomly aligned, the heat transport by phonons occurs through complicated pathways, and thus the thermal conductivity is low [16,17,18]. Therefore, as the molding pressure was increased, the thermal conductivity increased because the needle coke particles obtained flowability in the softened binder pitch polymer during the manufacturing of the carbon molded body and thus became better oriented by higher pressure, in the direction perpendicular to the hot-press axis.

The pores in the carbon molded body were filled with low-boiling point substances, generated by the thermal treatment of the binder pitch polymer or air that could not be discharged during the molding procedure. Air has a thermal conductivity as low as 0.025 W/mK, and the low-boiling point substances, existing in a gaseous phase, also have low thermal conductivity. Therefore, it is presumed that the phonon transport mechanism in the domains with the pores may be similar to the behavior of a polymer/filler composite. Phonons are transported along the crystalline structure of the needle coke. When phonons encounter a pore, phonon scattering, rather than phonon transport, occurs, and thus the heat transport from the hot zone to a cold zone becomes slow. Therefore, as the porosity is increased, the thermal conductivity is decreased. As a result, as shown in Figure 4c, although the particle orientation was higher in the B_10-G sample than in the B_20-G sample, the thermal conductivity was higher in the B_20-G sample, which may be because the B_10-G sample had a higher porosity than the B_20-G sample.

The needle coke and the binder pitch polymer were kneaded using a jet-mill (pulverizing speed 6000 rpm and classifying speed 6000 rpm) at the weight ratio of 7.6:2.4. Jet-mill kneading is a high-speed rotary kneading process, where the needle coke and the binder pitch collide with each other. The physical collision generates energy, which helps coat the binder polymer onto the needle coke particle surface. Figure S3 shows SEM images of the needle coke before and after the coating, indicating that the surface of the needle coke particle became smooth after being coated with the binder pitch polymer.
To manufacture green block with the kneaded samples, molding was performed using a hot-press at 200 °C for 1 h under various pressure conditions (1.25–24.98 MPa). The green blocks were manufactured under a total of four pressure conditions: minimum pressure (less than 1.25 MPa, B_N), 6.24 MPa (5 ton, B_5), 12.49 MPa (10 ton, B_10), and 24.98 MPa (20 ton, B_20). Graphite blocks were manufactured by thermally treating the green blocks at 900 °C and then at 2800 °C. The individual graphite block samples were named by attaching ’-G’ at the end of each sample name (B_N-G, B_5-G, B_10-G, and B_20-G).

This work was supported by the Korea Evaluation Institute of Industrial Technology (KEIT) through the Carbon Cluster Construction project [10083621, Development of Preparation Technology in Petroleum-Based Artificial Graphite Anode funded by the Ministry of Trade, Industry, and Energy (MOTIE, Korea). 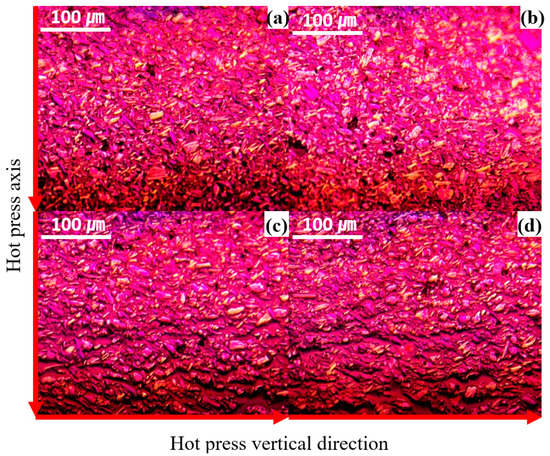 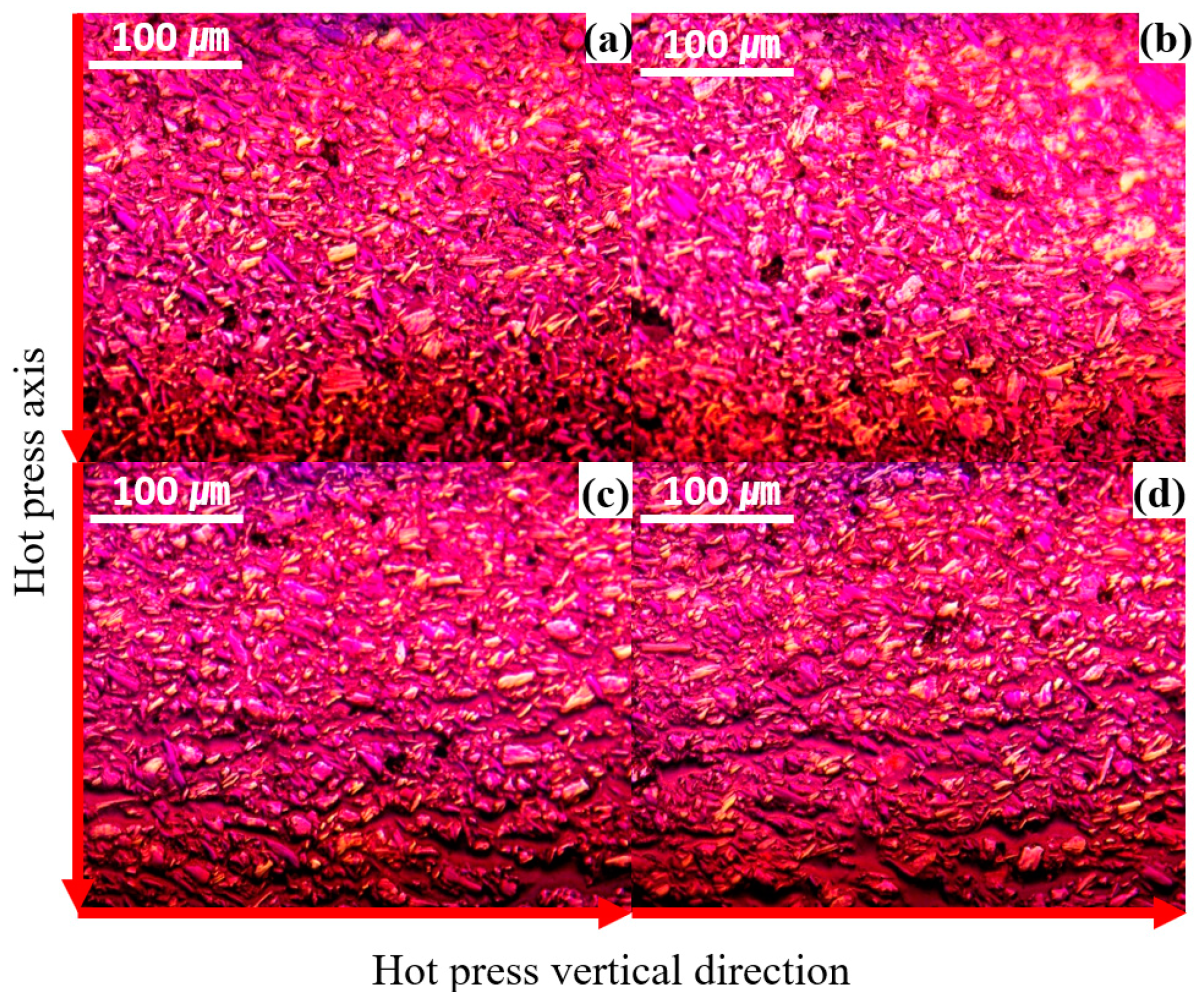 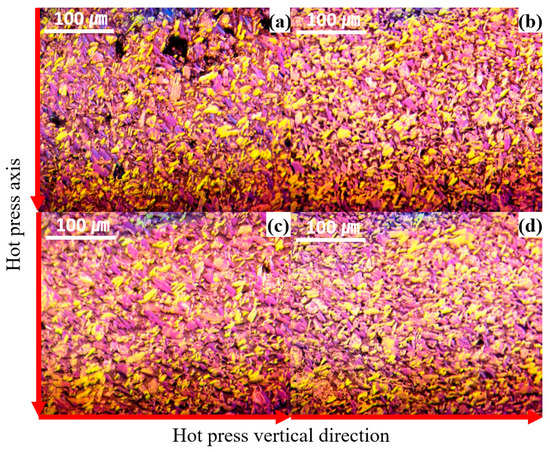 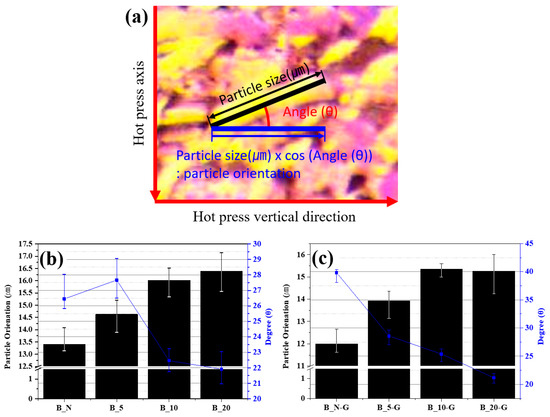 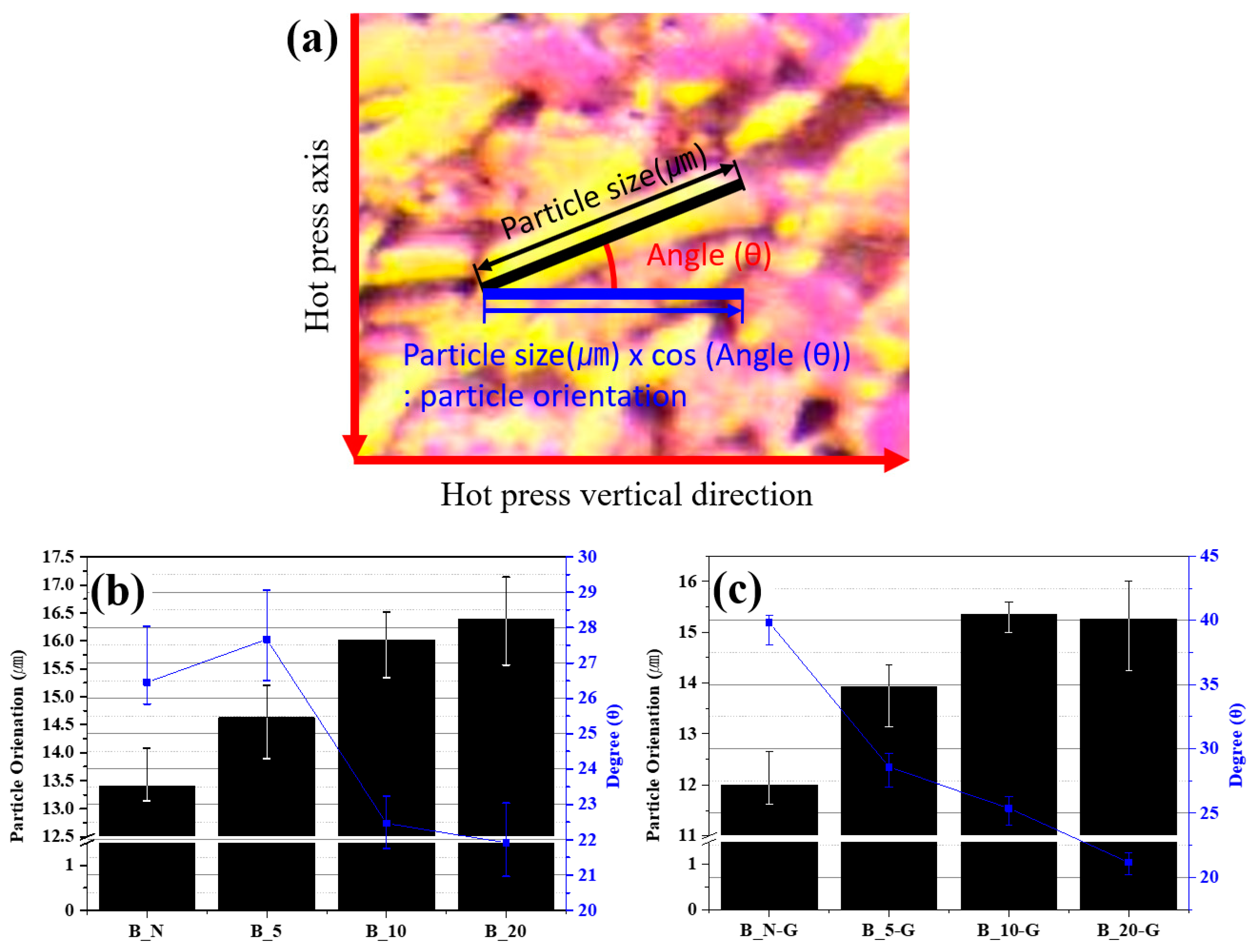 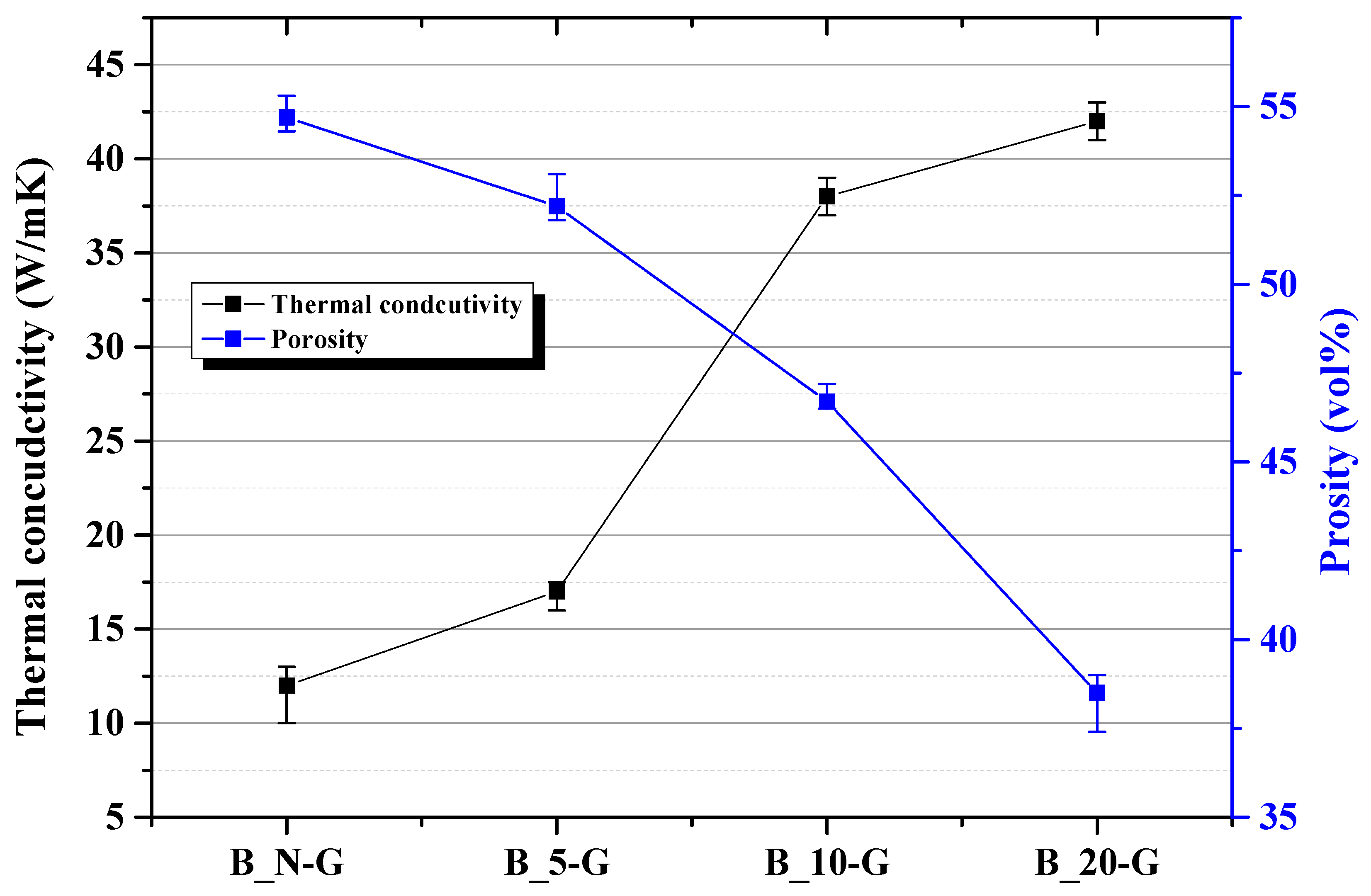