Smartphone-Based Photogrammetry for the 3D Modeling of a Geomorphological Structure

In astronomy, physics, climate modeling, geoscience, planetary science, and many other disciplines, the mass of data often comes from spherical sampling. Therefore, establishing an efficient and distortion-free representation of spherical data is essential. This paper introduces a novel spherical (global) coordinate system that is free of singularity. Contrary to classical coordinates, such as Cartesian or spherical polar systems, the proposed coordinate system is naturally defined on the spherical surface. The basic idea of this coordinate system originated from the classical planar barycentric coordinates that describe the positions of points on a plane concerning the vertices of a given planar triangle; analogously, spherical area coordinates (SACs) describe the positions of points on a sphere concerning the vertices of a given spherical triangle. In particular, the global coordinate system is obtained by decomposing the globe into several identical triangular regions, constructing local coordinates for each region, and then combining them. Once the SACs have been established, the coordinate isolines form a new class of global grid systems. This kind of grid system has some useful properties: the grid cells exhaustively cover the globe without overlapping and have the same shape, and the grid system has a congruent hierarchical structure and simple relationship with traditional coordinates. These beneficial characteristics are suitable for organizing, representing, and analyzing spatial data. View Full-Text
Keywords: spatial grids; spherical framework; area coordinates; spatial data spatial grids; spherical framework; area coordinates; spatial data
►▼ Show Figures 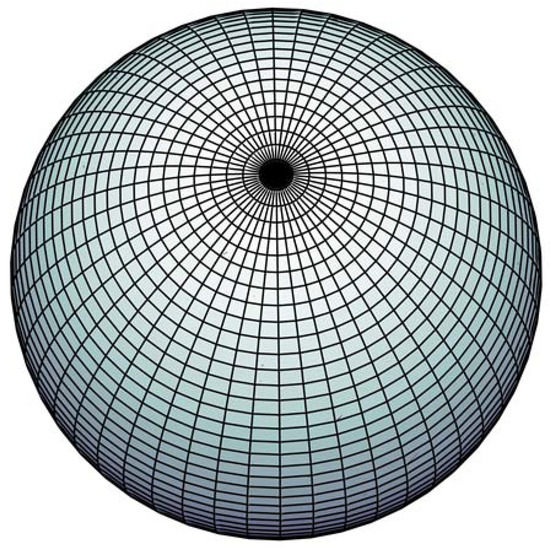