Developing Effective Collaborations: Learning from Our Practice
Next Article in Special Issue

Results of SME Investment Activities: A Comparative Analysis among Enterprises Using and Not Using EU Subsidies in Poland
Previous Article in Journal

Models, Processes, and Roles of Universities in Technology Transfer Management: A Systematic Review

Universities play pivotal roles when research findings are to be adopted commercially. Although these roles vary from one country to another, effective patenting and licensing procedures, as well as eventual commercialisation of scholarly inventions, reflect hard work on the part of the University mediating between the researcher and the industry through technology transfer offices (TTOs) in order to ensure that knowledge-developers take motivational and monetary credit for their findings. This paper details some existing models, processes, and roles taken up in some countries where sharing of intellectual property exists, and links it up with aspects of university–industry technology transfer, such as policies surrounding patenting, government investment and marketing, and the process of academic entrepreneurship, among others. 22 articles were found via a systematic review of literature and analysed with respect to four identified areas of focus: internal strategy, investment and market, academic entrepreneurship and policy. Based on models, processes, and roles in reviewed studies, our results indicate that new models for technology transfer mainly stem from the fact that there is no universally accepted model in the literature. Furthermore, management of technology transfer is mostly the responsibility of TTOs in most countries. While university TTOs act as intermediaries to protect the interest of the author/inventor, issues such as poor relationships between universities and industry, as well as funding, remain major challenges in many emerging economies. In contrast, researchers in western economies are mainly challenged by financial motivation and recognition within the academic domains. View Full-Text
Keywords: technology transfer models; universities; systematic review; management; commercialisation technology transfer models; universities; systematic review; management; commercialisation
►▼ Show Figures 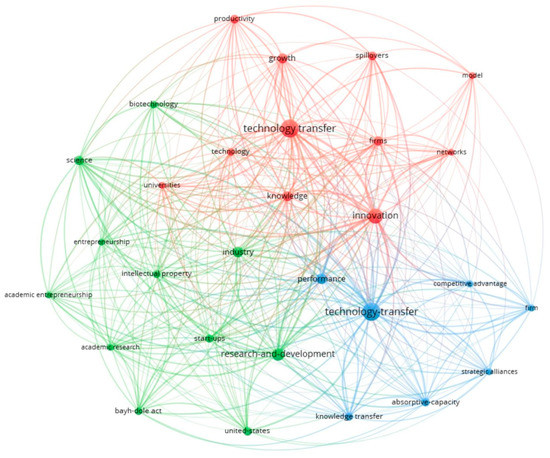