Resource Use Efficiency as a Climate Smart Approach: Case of Smallholder Maize Farmers in Nyando, Kenya
Previous Article in Journal

Electrokinetic remediation is a process in which a low-voltage direct-current electric field is applied across a section of contaminated soil to remove contaminants. In this work, the effect of Joule heating on the heat transfer and hydrodynamics aspects in a non-uniform environment is simulated. The proposed model is based on a rectangular capillary with non-symmetrical heat transfer conditions similar to those found in non-uniform soil environments. The mathematical and microscopic model described here uses two key parameters in addition to the Nusselt number: the ratio between the Nusselt numbers calculated at both walls of the capillary, named R, and a function of this variable and the Nusselt number, indicated by F(R, Nu). Illustrations describing the five key regimens for the system behavior are presented in terms of ranges for R and F(R, Nu) values, which indicate the key role of the parameter R in controlling the behaviors of the temperature and velocity profiles. Prediction, analysis, and illustration of five different regimes of flow complete the study, and conclusions are given to illustrate how the behavior of the system is affected. View Full-Text
Keywords: heat transfer; hydrodynamics; soil remediation; electrokinetic soil cleaning heat transfer; hydrodynamics; soil remediation; electrokinetic soil cleaning
►▼ Show Figures 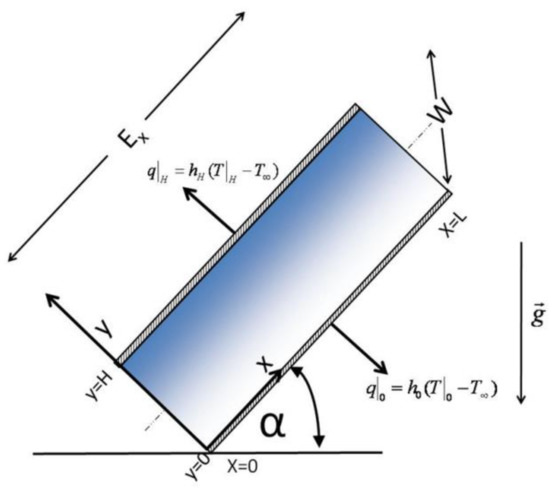