Change the Humans First: Principles for Improving the Management of Free-Roaming Cats
Previous Article in Journal

Cat Gets Its Tern: A Case Study of Predation on a Threatened Coastal Seabird

Feral cats living completely independently of people are, unequivocally, agents of wildlife decline, which is linked to the local extinction of numerous bird, mammal and reptile species worldwide. However, evidence of the impact of pet and semi-feral (stray) cats on wildlife is somewhat limited, possibly due to the rapidity with which predation events occur. This study highlights the impact of a semi-feral cat on a threatened seabird colony of Australian Fairy Terns, Sternula nereis nereis, in Mandurah, south-western Australia. Evidence for significant predator-induced mortality, the alteration of the natural behavior of nesting birds in response to a persistent predator, and the complete reproductive failure of 111 nests—due, largely, to predation by a single, desexed, semi-feral cat—is presented. Trap-neuter-release was proposed as a humane response to tackle cat overpopulation but it fails to address the recurrent depredations on native wildlife that occur post-release. This case-study demonstrates that desexed, free-roaming cats remain a significant threat to wildlife and can lead to swift population declines and the local extirpation of native species.

Domestic cats have a cosmopolitan distribution, commonly residing in urban, suburban and peri-urban environments that are also critical for biodiversity conservation. This study describes the impact of a desexed, free-roaming cat on the behavior of a threatened coastal seabird, the Australian Fairy Tern, Sternula nereis nereis, in Mandurah, south-western Australia. Wildlife cameras and direct observations of cat incursions into the tern colony at night, decapitated carcasses of adult terns, dead, injured or missing tern chicks, and cat tracks and scats around the colony provided strong evidence of cat predation, which led to an initial change in nesting behavior and, ultimately, colony abandonment and the reproductive failure of 111 nests. The death of six breeding terns from the population was a considerable loss for this threatened species and had the potential to limit population growth. This study highlights the significant negative impacts of free-roaming cats on wildlife and the need for monitoring and controlling cats at sites managed for species conservation. It also provides strong evidence against the practice of trap-neuter-release programs and demonstrates that desexed cats can continue to negatively impact wildlife post-release directly through predation, but also indirectly through fundamental changes in prey behavior and a reduction in parental care. View Full-Text
Keywords: Felis catus; Laridae; local extinction; predator control; species decline; Sternidae; Sternula nereis; wildlife conservation Felis catus; Laridae; local extinction; predator control; species decline; Sternidae; Sternula nereis; wildlife conservation
►▼ Show Figures 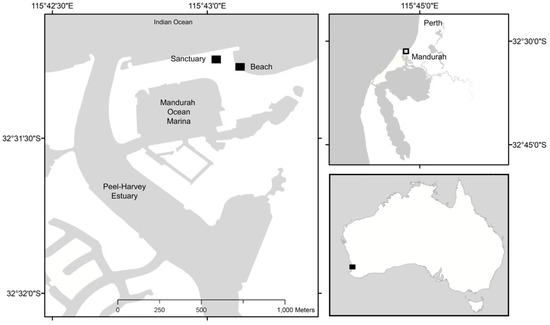