Moles and Mole Control on British Farms, Amenities and Gardens after Strychnine Withdrawal

Moles are considered pests in Britain, but this issue has been little studied. Lower welfare standards have been tolerated for moles than for most other managed wild mammal species, as use of both the controversial poison, strychnine, and unregulated traps have been permitted. Strychnine was withdrawn in 2006 and there were fears that mole populations would increase as a result. In 2007, we conducted a comprehensive, nationwide survey of land manager perceptions, opinions and behaviour regarding moles and mole control on farms, amenities and domestic gardens in Britain. We surveyed 2150 land managers (achieving a 59% response rate) and ground-truthed 29 responses. Moles were reported to be present on most farms and amenities, and 13% of gardens, and were more common in lighter soils. Where present, moles were usually considered pests, this being more likely in Wales, Scotland and northern England, on livestock and mixed farms, and on large, high-value amenities, e.g., racecourses and golf courses. Mole control followed similar patterns to mole presence. More control may occur than is economically, and therefore potentially ethically, justified. Control should be more carefully considered and, where necessary, more effectively targeted. Kill-trapping was the favoured recent and future method on farms and amenities, even if strychnine was to be reintroduced; however, because mole traps are currently unregulated, some might not meet current welfare standards if tested. We found no evidence for an increase in moles since a farm questionnaire survey conducted in 1992; this could have wider implications for future wildlife management policy changes. View Full-Text
Keywords: European mole; Talpa europaea; farms; amenities; gardens; mole control; strychnine; trapping; silage; questionnaire European mole; Talpa europaea; farms; amenities; gardens; mole control; strychnine; trapping; silage; questionnaire
►▼ Show Figures 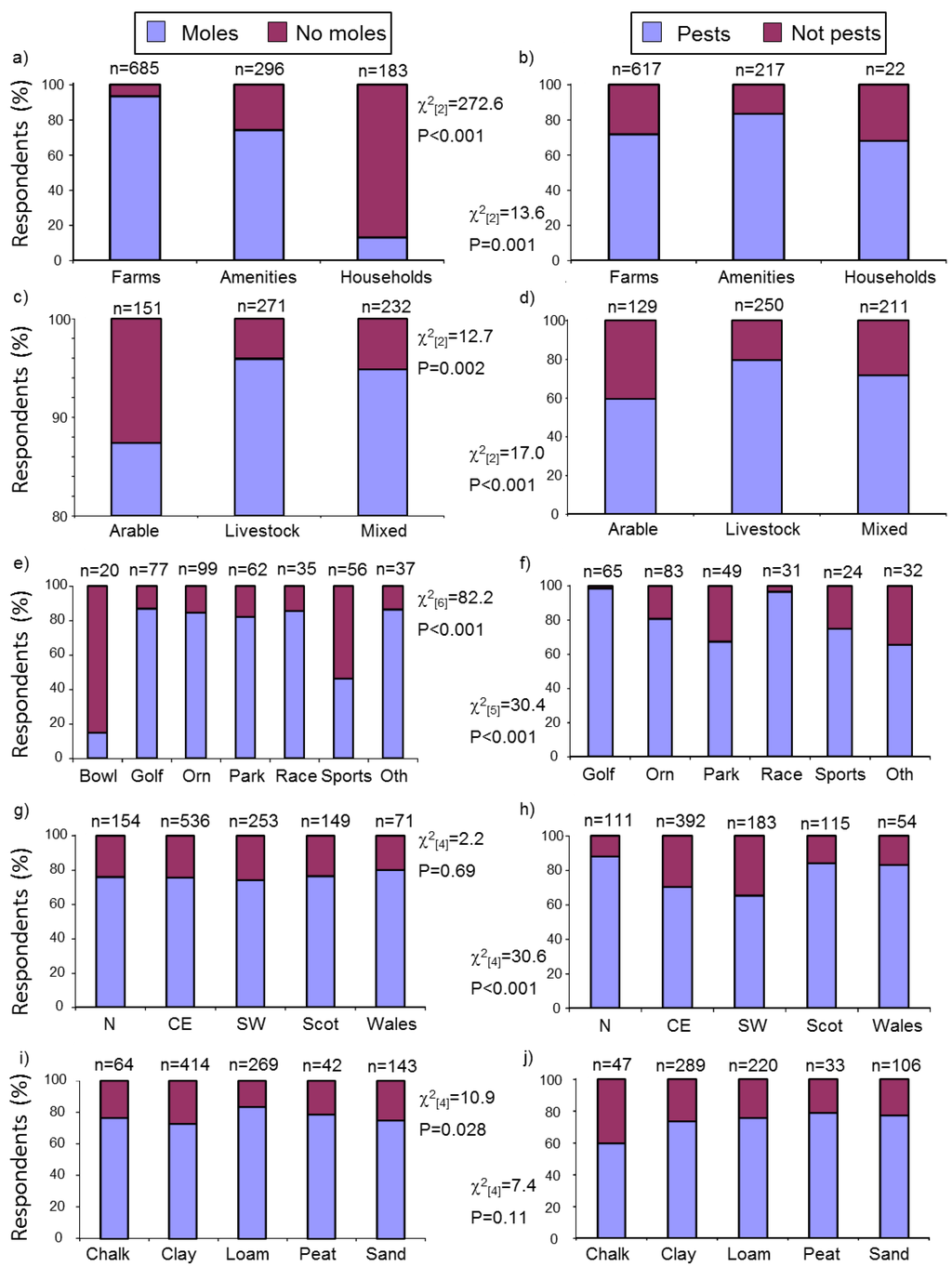