Polymorphisms of Codons 110, 146, 211 and 222 at the Goat PRNP Locus and Their Association with Scrapie in Greece
Previous Article in Journal

The relationship between animal welfare and housing conditions is still a matter of debate. The present study aimed to evaluate animal welfare of undocked heavy pigs from the same farm, raised in buildings with different ventilation systems, i.e., mechanical and natural, throughout the fattening period (90–160 kg average weight). Ventilation efficiency was evaluated using computational fluid dynamics. Results showed that overall pigs raised in the mechanical ventilated building were in a more positive affective state. Despite that, with hot temperatures, the higher occurrence of pig soiling indicated heat stress and consequent welfare impairment. The higher frequencies of dog sitting behavior also indicated worsening of welfare conditions in the middle–late phases of fattening, likely imputable to the lack of stimuli and boredom in the pigs. 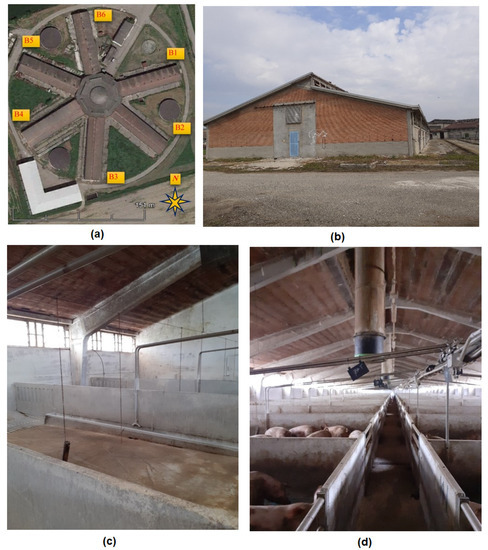