The demographic and genetic diversity structure and the contributions of Spanish (PRE) and Arabian Purebred (PRá) horses to the process of conformation of the Hispano-Arabian (Há) horse breed were evaluated. Genetic diversity parameters (inbreeding coefficient, genetic conservation index, coancestry coefficient, non-random mating degree, relatedness coefficient, maximum, complete, and equivalent generations, and number of offspring) were evaluated using a discriminant canonical analysis to determine the partial contributions of each founder breed to the development of Há horse breed. The calculation of Nei genetic distances suggests the overlapping could be estimated in 29.55% of the gene pool of the Há having a PRE origin while 70.45% of the gene pool of the breed may derive from a PRá origin. Although a progressive loss of founder representation may have occurred, breeding strategies implemented considering mating between animals with the highest genetic conservation indices (GCI) may compensate for its effects. 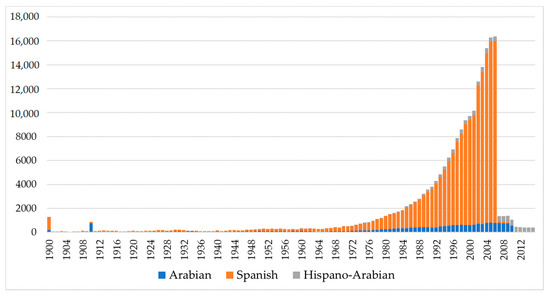