Characteristics and Demography of a Free-Ranging Ethiopian Hedgehog, Paraechinus aethiopicus, Population in Qatar

In many countries, levels of animal welfare are driven by both national legislation and animal welfare labels. In order to assess what is being achieved at the national level, we developed a Benchmarking tool that combined information about legislation, welfare labels, market-shares, and expected welfare consequences. This tool was presented here and applied to pig production and pork consumption in five European countries. To assess how well a country is faring in terms of pig welfare, it was important not only to look at national pork production but also at the sourcing of pork by retailers and consumers since not all pork consumed in a country is produced domestically. Of the five countries studied, the three that have a large, export-oriented pig production industry—the Netherlands, Germany, and Denmark—had lower welfare levels in their production than the two—UK and Sweden—that had smaller pig production, mainly serving the home market. However, since the UK and Sweden also imported pork for retail and consumption from countries with lower levels of welfare, the contrast in welfare levels was smaller in consumption than in production. 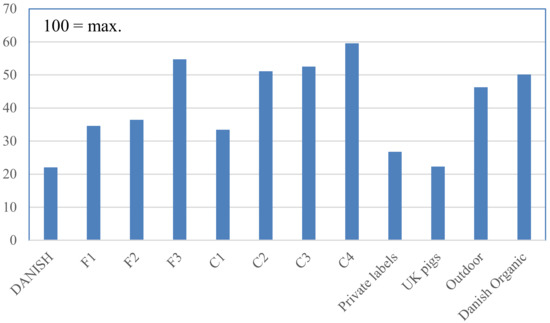