Editorial for the Special Issue: Bacterial Meningitis—Epidemiology and Vaccination
Next Article in Special Issue

Isolation and Characterization of Phosphate Solubilizing Streptomyces sp. Endemic from Sugar Beet Fields of the Beni-Mellal Region in Morocco

In the course of our research, aimed at improving sugar beets phosphorus nutrition, we isolated and characterized Streptomyces sp. strains, endemic from sugar beet fields of the Beni-Mellal region, which are able to use natural rock phosphate (RP) and tricalcium phosphate (TCP) as sole phosphate sources. Ten Streptomyces sp. isolates yielded a comparable biomass in the presence of these two insoluble phosphate sources, indicating that they were able to extract similar amount of phosphorus (P) from the latter for their own growth. Interestingly, five strains released soluble P in large excess from TCP in their culture broth whereas only two strains, BP, related to Streptomyces bellus and BYC, related to Streptomyces enissocaesilis, released a higher or similar amount of soluble P from RP than from TCP, respectively. This indicated that the rate of P released from these insoluble phosphate sources exceeded its consumption rate for bacterial growth and that most strains solubilized TCP more efficiently than RP. Preliminary results suggested that the solubilization process of BYC, the most efficient RP and TCP solubilizing strain, involves both acidification of the medium and excretion of siderophores. Actinomycete strains possessing such interesting RP solubilizing abilities may constitute a novel kind of fertilizers beneficial for plant nutrition and more environmentally friendly than chemical fertilizers in current use. View Full-Text
Keywords: insoluble phosphate; biosolubilizing; biofertilizer; Actinobacteria; sugar beet insoluble phosphate; biosolubilizing; biofertilizer; Actinobacteria; sugar beet
►▼ Show Figures 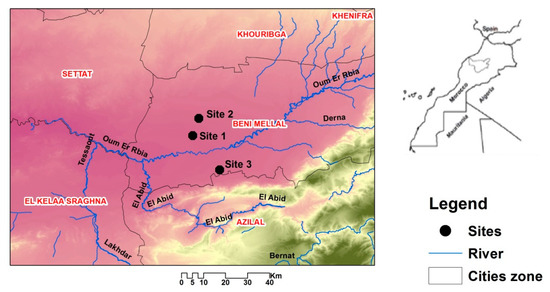