Nocardia species, one of the most predominant Actinobacteria of the soil microbiota, cause infection in humans following traumatic inoculation or inhalation. The identification, typing, phylogenetic relationship and antimicrobial susceptibilities of 38 soil Nocardia strains from Lara State, Venezuela, were studied by 16S rRNA and gyrB (subunit B of topoisomerase II) genes, multilocus sequence analysis (MLSA), whole-genome sequencing (WGS), and microdilution. The results were compared with those for human strains. Just seven Nocardia species with one or two strains each, except for Nocardia cyriacigeorgica with 29, were identified. MLSA confirmed the species assignments made by 16S rRNA and gyrB analyses (89.5% and 71.0% respectively), and grouped each soil strain with its corresponding reference and clinical strains, except for 19 N. cyriacigeorgica strains found at five locations which grouped into a soil-only cluster. The soil strains of N. cyriacigeorgica showed fewer gyrB haplotypes than the examined human strains (13 vs. 17) but did show a larger number of gyrB SNPs (212 vs. 77). Their susceptibilities to antimicrobials were similar except for beta-lactams, fluoroquinolones, minocycline, and clarithromycin, with the soil strains more susceptible to the first three (p ≤ 0.05). WGS was performed on four strains belonging to the soil-only cluster and on two outside it, and the results compared with public N. cyriacigeorgica genomes. The average nucleotide/amino acid identity, in silico genome-to-genome hybridization similarity, and the difference in the genomic GC content, suggest that some strains of the soil-only cluster may belong to a novel subspecies or even a new species (proposed name Nocardia venezuelensis). View Full-Text
Keywords: Nocardia spp.; Nocardia cyriacigeorgica; soil; nocardiosis; gyrB; MLSA; WGS; antimicrobial resistance; potential new species/subspecies N. venezuelensis Nocardia spp.; Nocardia cyriacigeorgica; soil; nocardiosis; gyrB; MLSA; WGS; antimicrobial resistance; potential new species/subspecies N. venezuelensis
►▼ Show Figures 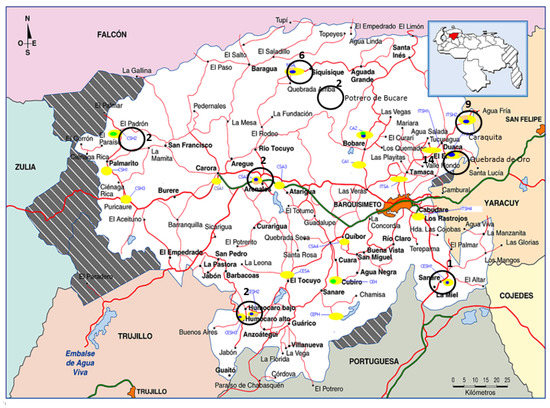