Larisa A. Shcherbakova
5 and

Non-specific lipid-transfer proteins (nsLTPs) represent a family of plant antimicrobial peptides (AMPs) implicated in diverse physiological processes. However, their role in induced resistance (IR) triggered by non-pathogenic fungal strains and their metabolites is poorly understood. In this work, using RNA-seq data and our AMP search pipeline, we analyzed the repertoire of nsLTP genes in the wheat Triticum kiharae and studied their expression in response to Fusarium oxysporum infection and treatment with the intracellular metabolites of Fusarium sambucinum FS-94. A total of 243 putative nsLTPs were identified, which were classified into five structural types and characterized. Expression analysis showed that 121 TkLTPs including sets of paralogs with identical mature peptides displayed specific expression patters in response to different treatments pointing to their diverse roles in resistance development. We speculate that upregulated nsLTP genes are involved in protection due to their antimicrobial activity or signaling functions. Furthermore, we discovered that in IR-displaying plants, a vast majority of nsLTP genes were downregulated, suggesting their role as negative regulators of immune mechanisms activated by the FS-94 elicitors. The results obtained add to our knowledge of the role of nsLTPs in IR and provide candidate molecules for genetic engineering of crops to enhance disease resistance. View Full-Text
Keywords: antimicrobial peptides; non-specific lipid-transfer proteins; transcriptome; induced resistance; Triticum kiharae; Fusarium spp.; elicitor metabolites antimicrobial peptides; non-specific lipid-transfer proteins; transcriptome; induced resistance; Triticum kiharae; Fusarium spp.; elicitor metabolites
►▼ Show Figures 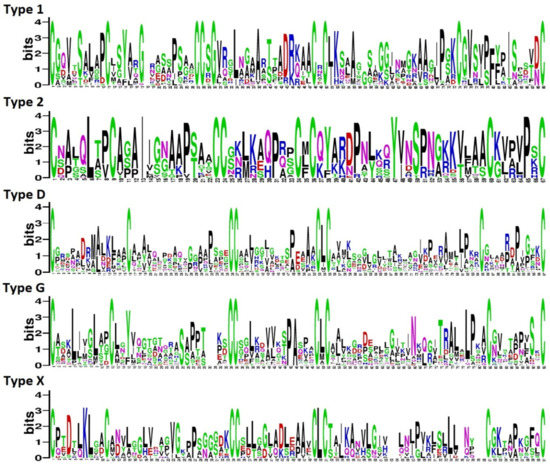