Genome Characterization of a Pathogenic Porcine Rotavirus B Strain Identified in Buryat Republic, Russia in 2015
Previous Article in Journal

Species C Rotaviruses in Children with Diarrhea in India, 2010–2013: A Potentially Neglected Cause of Acute Gastroenteritis 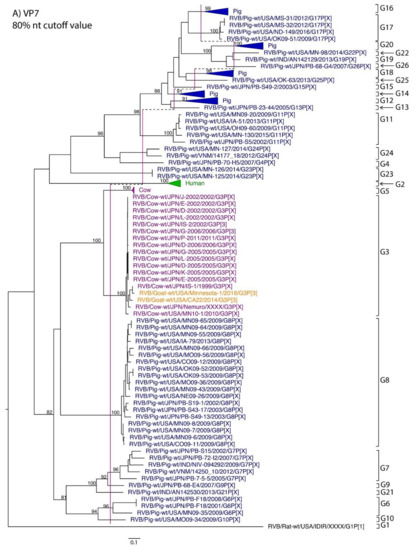