The complement anaphylatoxin C5a contributes to host defense against Staphylococcus aureus. In this study, we investigated the functional role of the two known C5a receptors, C5aR1 and C5aR2, in the host response to S. aureus. We found that C5aR1−/− mice exhibited greater susceptibility to S. aureus bloodstream infection than wild type and C5aR2−/− mice, as demonstrated by the significantly higher bacterial loads in the kidneys and heart at 24 h of infection, and by the higher levels of inflammatory IL-6 in serum. Histological and immunohistochemistry investigation of infected kidneys at 24 h after bacterial inoculation revealed a discrete infiltration of neutrophils in wild type mice but already well-developed abscesses consisting of bacterial clusters surrounded by a large number of neutrophils in both C5aR1−/− and C5aR2−/− mice. Furthermore, blood neutrophils from C5aR1−/− mice were less efficient than those from wild type or C5aR2−/− mice at killing S. aureus. The requirement of C5aR1 for efficient killing of S. aureus was also demonstrated in human blood after disrupting C5a-C5aR1 signaling using specific inhibitors. These results demonstrated a role for C5aR1 in S. aureus clearance as well as a role for both C5aR1 and C5aR2 in the orchestration of the inflammatory response during infection. View Full-Text
Keywords: Staphylococcus aureus; C5a; C5aR1; C5aR2; complement system; neutrophils Staphylococcus aureus; C5a; C5aR1; C5aR2; complement system; neutrophils
►▼ Show Figures 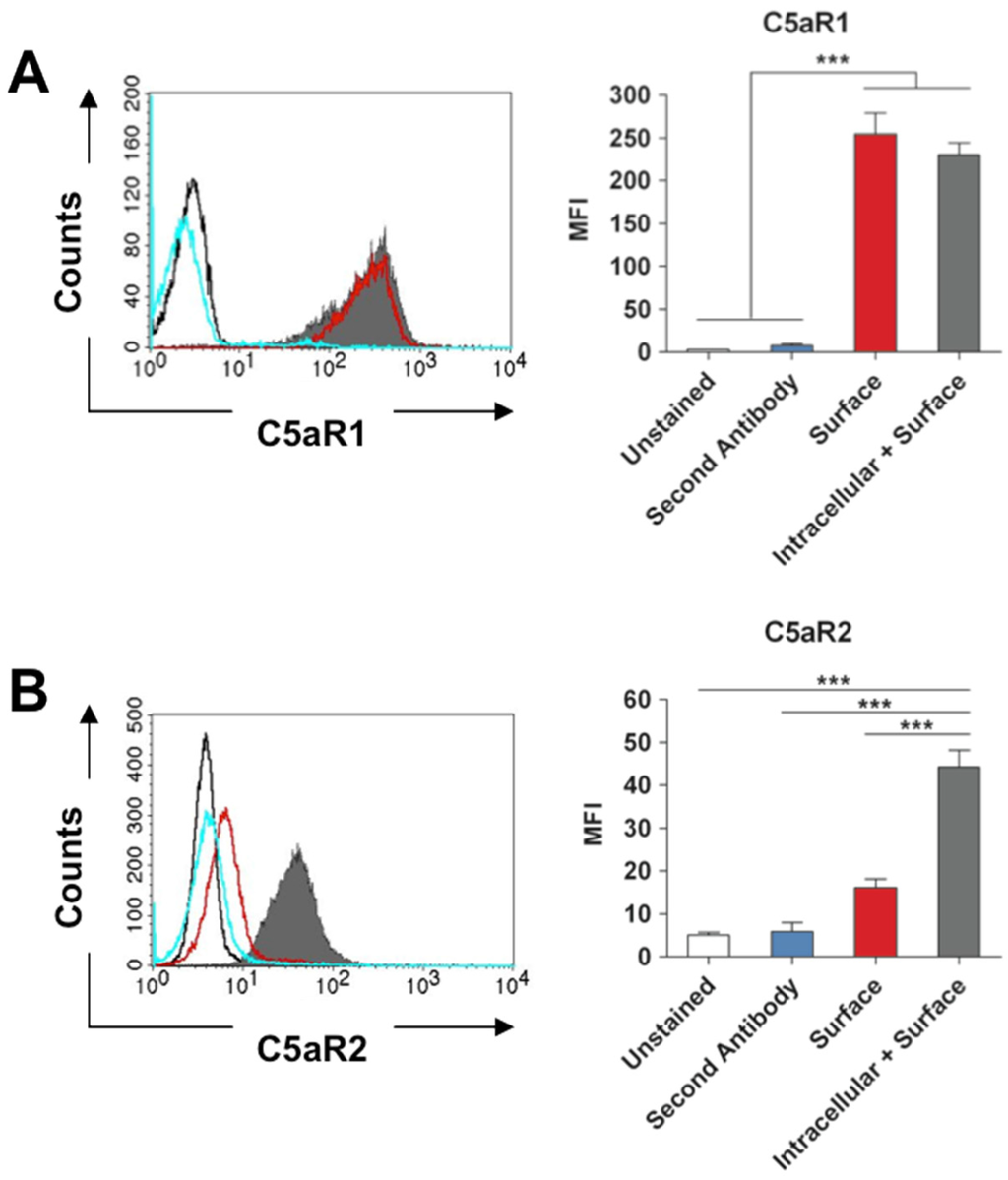