Immune Response to Human Metapneumovirus Infection: What We Have Learned from the Mouse Model
Previous Article in Special Issue

Systems Level Dissection of Candida Recognition by Dectins: A Matter of Fungal Morphology and Site of Infection

The widespread occurrence of vaginal candidiasis and the development of resistance against anti-fungal agents has stimulated interest in understanding the pathogenesis of this disease. The aim of our work was to characterize, in an animal model of vaginal candidiasis, the mechanisms that play a role in the induction of mucosal immunity against C. albicans and the interaction between innate and adaptive immunity. Our studies evidenced the elicitation of cell-mediated immunity (CMIs) and antibody (Abs)-mediated immunity with a Th1 protective immunity. An immune response of this magnitude in the vagina was very encouraging to identify the proper targets for new strategies for vaccination or immunotherapy of vaginal candidiasis. Overall, our data provide clear evidence that it is possible to prevent C. albicans vaginal infection by active intravaginal immunization with aspartyl proteinase expressed as recombinant protein. This opens the way to a modality for anti-Candida protection at the mucosa. The recombinant protein Sap2 was assembled with virosomes, and a vaccine PEVION7 (PEV7) was obtained. The results have given evidence that the vaccine, constituted of virosomes and Secretory aspartyl proteinase 2 (Sap2) (PEV7), has an encouraging therapeutic potential for the treatment of recurrent vulvovaginal candidiasis. View Full-Text
Keywords: Candida vaginitis; immune response; aspartyl proteinase; mucosal anti-Candida vaccine Candida vaginitis; immune response; aspartyl proteinase; mucosal anti-Candida vaccine
►▼ Show Figures 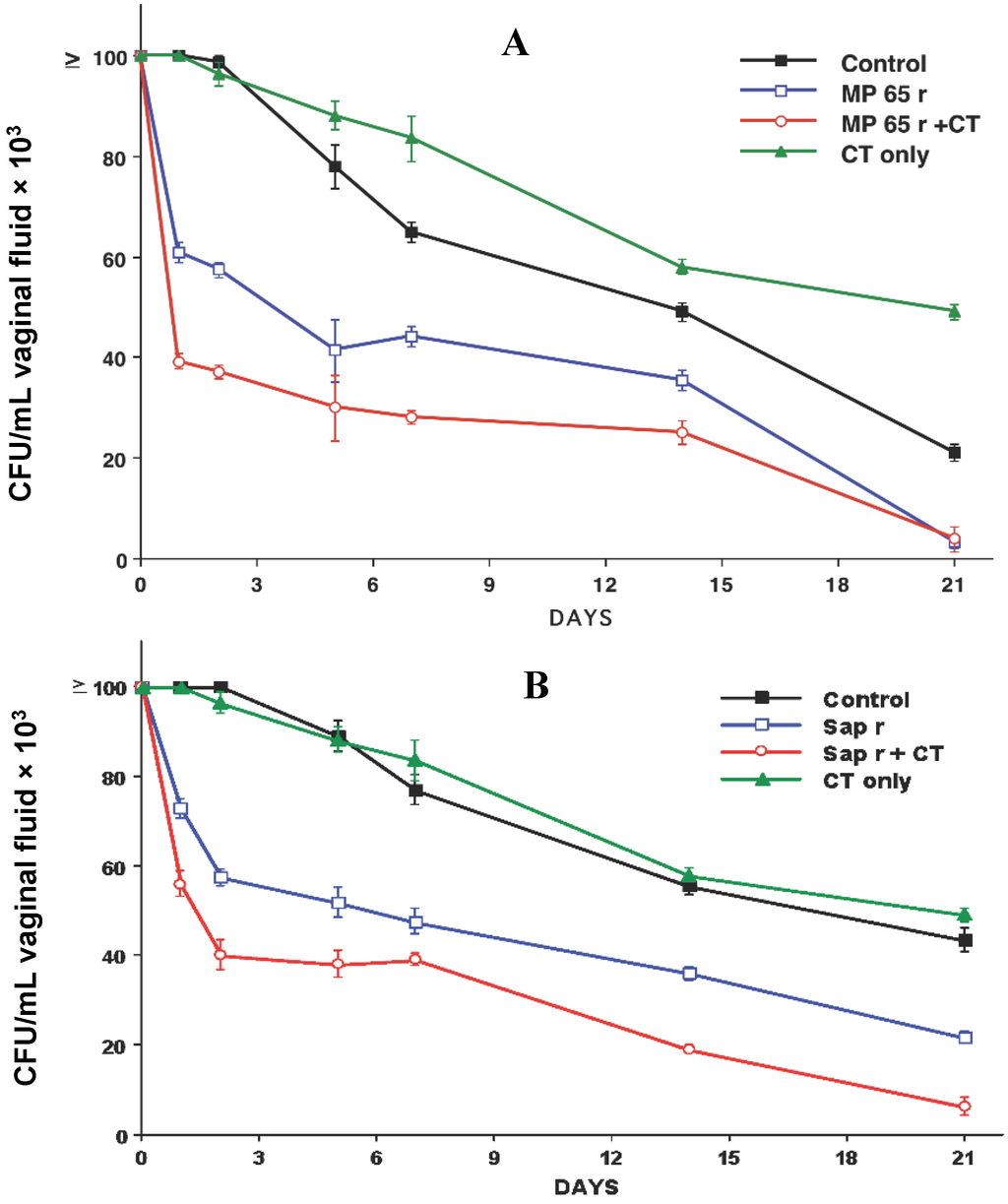