The History of Anti-Trypanosome Vaccine Development Shows That Highly Immunogenic and Exposed Pathogen-Derived Antigens Are Not Necessarily Good Target Candidates: Enolase and ISG75 as Examples

Salivarian trypanosomes comprise a group of extracellular anthroponotic and zoonotic parasites. The only sustainable method for global control of these infection is through vaccination of livestock animals. Despite multiple reports describing promising laboratory results, no single field-applicable solution has been successful so far. Conventionally, vaccine research focusses mostly on exposed immunogenic antigens, or the structural molecular knowledge of surface exposed invariant immunogens. Unfortunately, extracellular parasites (or parasites with extracellular life stages) have devised efficient defense systems against host antibody attacks, so they can deal with the mammalian humoral immune response. In the case of trypanosomes, it appears that these mechanisms have been perfected, leading to vaccine failure in natural hosts. Here, we provide two examples of potential vaccine candidates that, despite being immunogenic and accessible to the immune system, failed to induce a functionally protective memory response. First, trypanosomal enolase was tested as a vaccine candidate, as it was recently characterized as a highly conserved enzyme that is readily recognized during infection by the host antibody response. Secondly, we re-addressed a vaccine approach towards the Invariant Surface Glycoprotein ISG75, and showed that despite being highly immunogenic, trypanosomes can avoid anti-ISG75 mediated parasitemia control. View Full-Text
Keywords: trypanosomosis; vaccination; enolase; ISG75 trypanosomosis; vaccination; enolase; ISG75
►▼ Show Figures 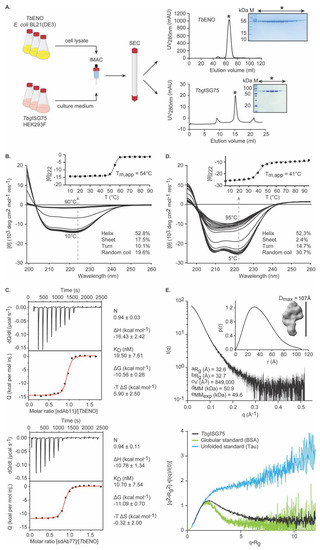