The Interplay between Salmonella and Intestinal Innate Immune Cells in Chickens 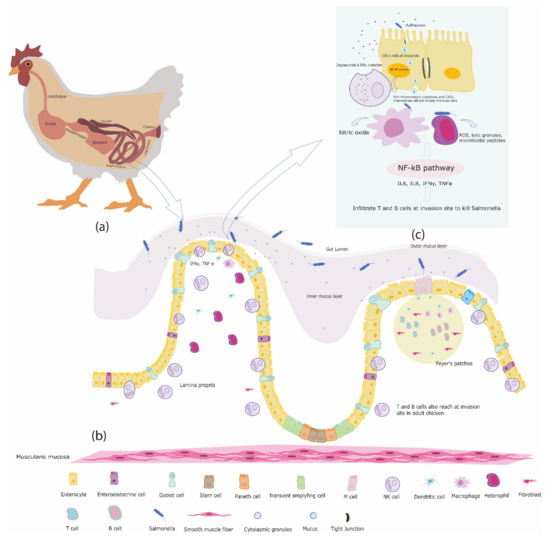