On Watery Borders, Borderlands, and Tania Kovats’ Head to Mouth
Next Article in Special Issue

Circling Round Vitruvius, Linear Perspective, and the Design of Roman Wall Painting
Previous Article in Journal

The Girl with the Golden Wreath: Four Perspectives on a Mummy Portrait

Reflection, Ritual, and Memory in the Late Roman Painted Hypogea at Sardis 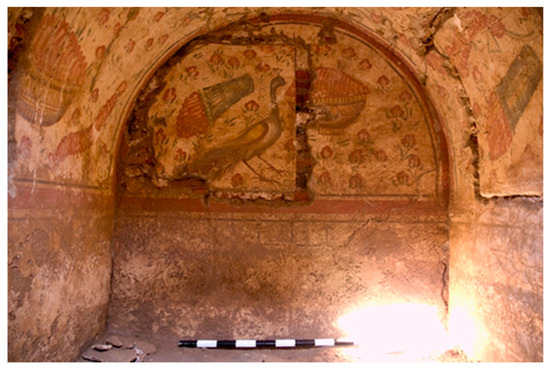