Effect of Foundation Geometry and Structural Properties of Buildings on Railway-Induced Vibration: An Experimental Modeling
Previous Article in Special Issue

Disposal of municipal solid waste (MSW) is one of the significant global issues that is more evident in developing nations. One of the key methods for disposing of the MSW is locating, assessing, and planning for landfill sites. Faisalabad is one of the largest industrial cities in Pakistan. It has many sustainability challenges and planning problems, including MSW management. This study uses Faisalabad as a case study area and humbly attempts to provide a framework for identifying and ranking landfill sites and addressing MSW concerns in Faisalabad. This method can be extended and applied to similar industrial cities. The landfill sites were identified using remote sensing (RS) and geographic information system (GIS). Multiple datasets, including normalized difference vegetation, water, and built-up areas indices (NDVI, NDWI, and NDBI) and physical factors including water bodies, roads, and the population that influence the landfill site selection were used to identify, rank, and select the most suitable site. The target area was distributed into 9 Thiessen polygons and ranked based on their favorability for the development and expansion of landfill sites. 70% of the area was favorable for developing and expanding landfill sites, whereas 30% was deemed unsuitable. Polygon 6, having more vegetation, a smaller population, and built-up areas was declared the best region for developing landfill sites and expansion as per rank mean indices and standard deviation (SD) of RS and vector data. The current study provides a reliable integrated mechanism based on GIS and RS that can be implemented in similar study areas and expanded to other developing countries. Accordingly, urban planning and city management can be improved, and MSW can be managed with dexterity. View Full-Text
Keywords: geographic information systems; landfill site selection; landfill site ranking; remote sensing; solid waste; solid waste management geographic information systems; landfill site selection; landfill site ranking; remote sensing; solid waste; solid waste management
►▼ Show Figures 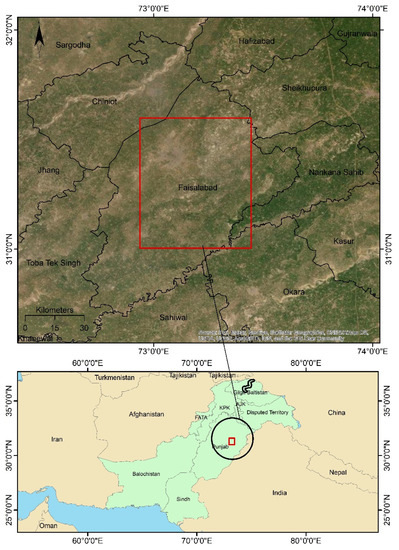