A Critical Appraisal of PV-Systems’ Performance

The 2019–2020 bushfire season is estimated to be one of the worst fire seasons on record in Australia, especially in New South Wales (NSW). The devastating fire season ignited a heated public debate on whether prescribed burning is an effective tool for preventing bushfires, and how the extent of bushfires has been changing over time. The objective of this study is to answer these questions, and more specifically to identify how bushfire patterns have changed in the last 100 years in NSW. To do so, we conducted a spatio-temporal analysis on prescribed burns and bushfires using a 100-year dataset of bushfires. More specifically, three research questions were developed, with each one of them addressed differently. First, generalised linear modelling was applied to assess the changes in fire patterns. Second, a correlation analysis was conducted to examine whether prescribed burns are an effective tool for reducing bushfire risk. Third, a spatio-temporal analysis was applied to the bushfire location data to explore spatio-temporal clusters of high and low values for bushfires, known as hotspots and coldspots, respectively. The study found that the frequency of bushfires has increased over time; however, it did not identify a significant trend of change in their size. Based on the results of this study for the relationship between prescribed burns and bushfires, it seems impossible to determine whether prescribed burns effectively reduce bushfire risk. Thus, further analysis with a larger amount of data is required in the future. The results of the spatio-temporal analysis showed that cold spots are propagated around metropolitan areas such as Sydney, while hotspots are concentrated in rural areas such as the North Coast and South Coast regions of NSW. The analysis found four statistical areas that have become new bushfire frequency hotspots in the 2019–2020 bushfire season. These areas combined have about 40,000 residents and at least 13,000 built dwellings. We suggest that further analysis is needed in the field to determine if there is a pattern of movement of bushfire towards metropolitan areas. To make the results of this research accessible to the public, an online interactive GIS-based dashboard was developed. The insight gained from the spatial and temporal analyses in this research is crucial to making smarter decisions on allocating resources and developing preventive or mitigating strategies. View Full-Text
Keywords: emerging hotspot analysis; geographic information systems; smart cities; data-driven decision-making; dashboard; space-time cubes; climate change emerging hotspot analysis; geographic information systems; smart cities; data-driven decision-making; dashboard; space-time cubes; climate change
►▼ Show Figures 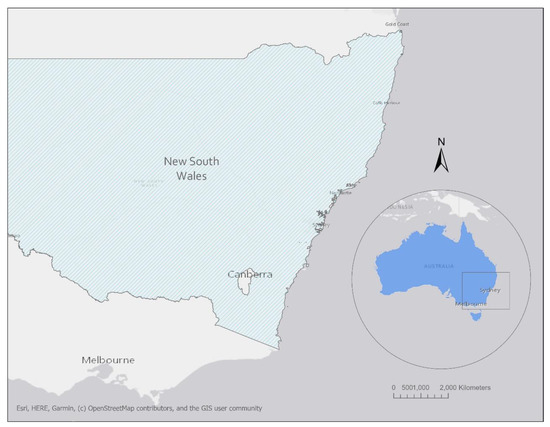