The present work shows an experimental investigation on the effect of minimum quantity cooling lubrication (MQCL) during hard milling of SKD 11 tool steel (52–60HRC). The novelty here lies on the use of MQCL technique, which comprises the cooling strategy based on the principle of Ranque-Hilsch vortex tube and MQL method. Moreover, MoS2 nanoparticles are suspended in MQCL based fluid to improve the lubricating character. The response parameters, including surface roughness, surface microstructure, and surface profile are studied. The obtained results show that MQCL using nanofluid gives out better surface quality compared to dry, MQL, and MQCL with pure fluid. Also, the different concentrations of MoS2 nanoparticles are investigated to find out the optimized value as well as the interaction effect on machined surface.
Keywords: hard milling; MQCL; emulsion; MoS2 nanoparticles; nanofluid; concentration; surface roughness hard milling; MQCL; emulsion; MoS2 nanoparticles; nanofluid; concentration; surface roughness

2.2. The Preparation of MoS2 Nanofluid

The non-uniform distribution of the nanoparticles in the based fluids will lead to failure in the use of nanofluid [23] and cause the waste. To ensure the uniform suspension of MoS2 nanoparticles in emulsion-based fluids, the prepared nanofluids are kept in Ultrasons-HD ultrasonicator (JP SELECTA, Abrera, Spain), generating 600 W ultrasonic pulses at 40 kHz for 6 hours. In order to use the obtained nanofluids and avoid the precipitation of agglomerated nanoparticles during the long time of machining, the nanofluid was placed in the 3000868-Ultrasons-HD and directly used for MQCL system.

Minitab 18.0 software (Minitab Inc., State College, PA, USA) is applied for the Box-Behnken experimental design with three control parameters and their values on three levels are listed in Table 2. Table A1 summarizes the design of experiment with test run order and output in term of surface roughness. The fixed parameters are the feed rate of 0.012 mm/tooth, depth of cut of 0.12 mm, air pressure of 6 Bar, flow rate of 30 mL/h; the room temperature 24–27 °C; the temperature of output cool air 4–8 °C. The experimental trials are repeated by three times under the same cutting parameters.

3.1. The Effects of Input Machining Parameters on Surface Roughness

3.2. The Optimized and Validated Experiments

The experiments aim to compare the effects of dry, MQL pure emulsion-based fluid, MQCL pure emulsion-based fluid, and MQCL emulsion-based nanofluid, from which the effectiveness of MQCL emulsion-based nanofluid can be evaluated more accurately in hard machining. Moreover, the experimental study is made to find the optimized concentration of MoS2 nanoparticles based on the obtained parameters in Figure 7 (cutting speed of 110 m/min., hardness of 56 HRC). Three different MoS2 nanoparticles concentrations of 0.2 wt %, 0.5 wt %, and 0.8 wt % are used in the experiments. The average values of surface roughness Ra and microstructure and profiles of machined surface under different conditions are given by Figure 8, Figure 9, Figure 10, Figure 11, Figure 12 and Figure 13.

3.2.1. The Effects of Cooling and Lubricating on Surface Quality

From Figure 8, the average value of surface roughness Ra under dry cutting is largest (Ra = 0.292 µm) followed by MQL with pure emulsion-based fluid (Ra = 0.231 µm; the reduction of about 20.9%) and MQCL with pure emulsion-based fluid (Ra = 0.157 µm; the reduction of about 33.1%). MQCL with MoS2 emulsion-based nanofluids shows the better surface roughness, especially with the concentration of 0.2 wt % (Ra = 0.144 µm) and 0.5 wt% (Ra = 0.130 µm). Interestingly, the value of surface roughness increases from 0.130 µm to 0.202 µm when the nanoparticle concentration rises from 0.5 to 0.8 wt %, which is similar to the study of MoS2 nanofluid in [52,53]. Studying the microstructure and profile of machined surface in Figure 9, Figure 10, Figure 11, Figure 12 and Figure 13, the white-layer and burn marks under MQL condition are reduced when compared with dry cutting. The compression phenomena of machined surface under MQL condition is significantly decreased by observing the surface profile. The main reason is that MQL technique with emulsion-based fluid provided the better lubricating condition in the cutting zone. Compared to MQL condition, the surface microstructure under MQCL with pure emulsion-based fluid significantly improves and the surface profile is smoother (Figure 10 and Figure 11). The white-layer and burn marks much reduced due to the better cooling performance. In case of using MQCL with MoS2 emulsion-based nanofluids, the surface microstructure and profile are similar to those of MQCL with pure fluid, but the value of surface roughness is slightly better (Figure 11, Figure 12 and Figure 13). MoS2 nanoparticles are ellipsoidal and they provide the low coefficient of friction up to 0.03–0.05 or even lower caused by the weak binding of sulfur atoms between molecular layers to create “an easy-to-slide plane” [23], by which it proves the better lubricating performance of MoS2 nanoparticles in MQCL technique.

3.2.2. The Effect of MoS2 Nanoparticle Concentration on Surface Roughness

The cutting performance of normal carbide tools is significantly improved in hard milling due to the better cooling and lubricating effects of MQCL technique. In the previous studies, the cutting speed of carbide inserts increased to 110 m/min. during MQL milling of hardened steel (50–52HRC), which is 2 times higher than the recommended cutting speed of the manufacturer [22,57]. In this work, the carbide tools still show the effectiveness during cutting the difficult-to-cut steel with the range of hardness of 56–60 HRC, while remaining the cutting speed of 110 m/min., which is about 2.75 times higher than that of the manufacturer’s recommendation. It clearly reveals the superior cooling and lubricating effects on cutting zone by using MQCL method with MoS2 nanofluid. From that, the manufacturing cost significantly reduces and the cutting applicability of carbide tools enlarges.

ANOVA analysis is applied for the Box-Behnken experimental design to evaluate the effects of variables on the objective functions, from which the directions of further studies can be made. In this study, the influence of MQCL parameters including the nanoparticle concentration, cutting speed, and hardness is investigated in terms of surface roughness. The interaction effects of hardness and nanoparticle concentration reveal the strongest influence on the investigated function.
The MQCL tool named by Frigid-X Sub-Zero Vortex Tool Cooling Mist System based on the principle of Ranque-Hilsch vortex tube in combination with MQL is applied in the hard milling of SKD 11 tool steels (52–60 HRC) using cemented carbide tools. This is the first attempt to investigate the novel MQCL using MoS2 nanofluid. The surface roughness, surface microstructure, and surface profile of machined surface are better under the MQCL technique using MoS2 additives in emulsion-based fluid when compared to dry, MQL pure fluid, and MQCL pure fluid. The enhancement of lubricating characteristic is observed due to the presence of MoS2 nanoparticles, which contribute to form oil mist.
The form of white layers and burn marks are much reduced by using MQCL technique due to the better cooling and lubricating performance, which can overcome the main drawback of MQL method. The application of MQCL technique in hard machining brings out a promising alternative solution for dry and wet, MQL conditions, enlarges the cutting applicability of difficult-to-cut materials, and contributes to prevent climate change.
The normal carbide inserts can be effectively used in hard milling under MQCL technique with MoS2 nanofluid, which contributes to enlarge the cutting applicability and decrease the manufacturing cost. Moreover, MQCL tool only needs ordinary air for cooling, which will reduce the expense of using other cooling gases.
The MoS2 nanoparticle concentration in emulsion-based fluid for MQCL technique is investigated and optimized by experiments. The optimized value is 0.5 wt %. When the concentration is larger than 0.5 wt %, the surface roughness becomes worse. The observation will provide the necessary technical guideline on using MoS2 nanofluids and hybrid nanofluid more efficiently.
In further research, more investigations need to be focused on the effects of nanoparticle concentration on surface quality. The influences of other properties like nanoparticle morphology, nanoparticle size are necessary to be studied. In addition, more focus will be given to investigate the impact of feed rate and the parameters of MQCL using nanofluid.

This research was funded by Vietnam Ministry of Education and Training with the project number of B2019-TNA-02. 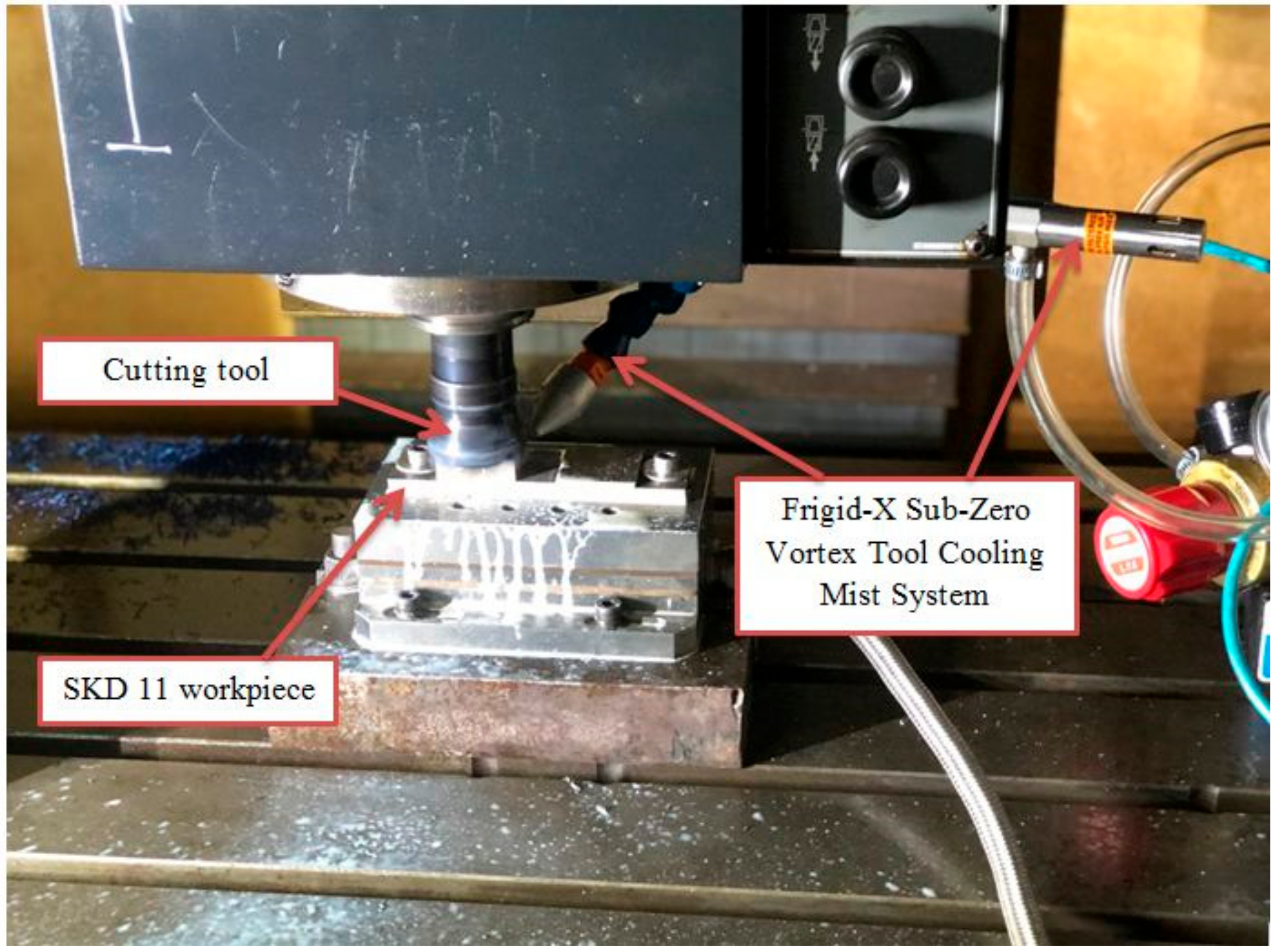 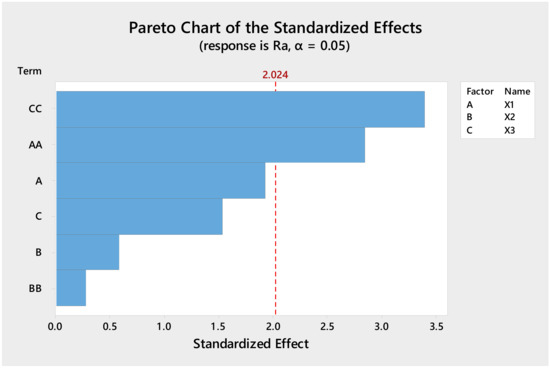 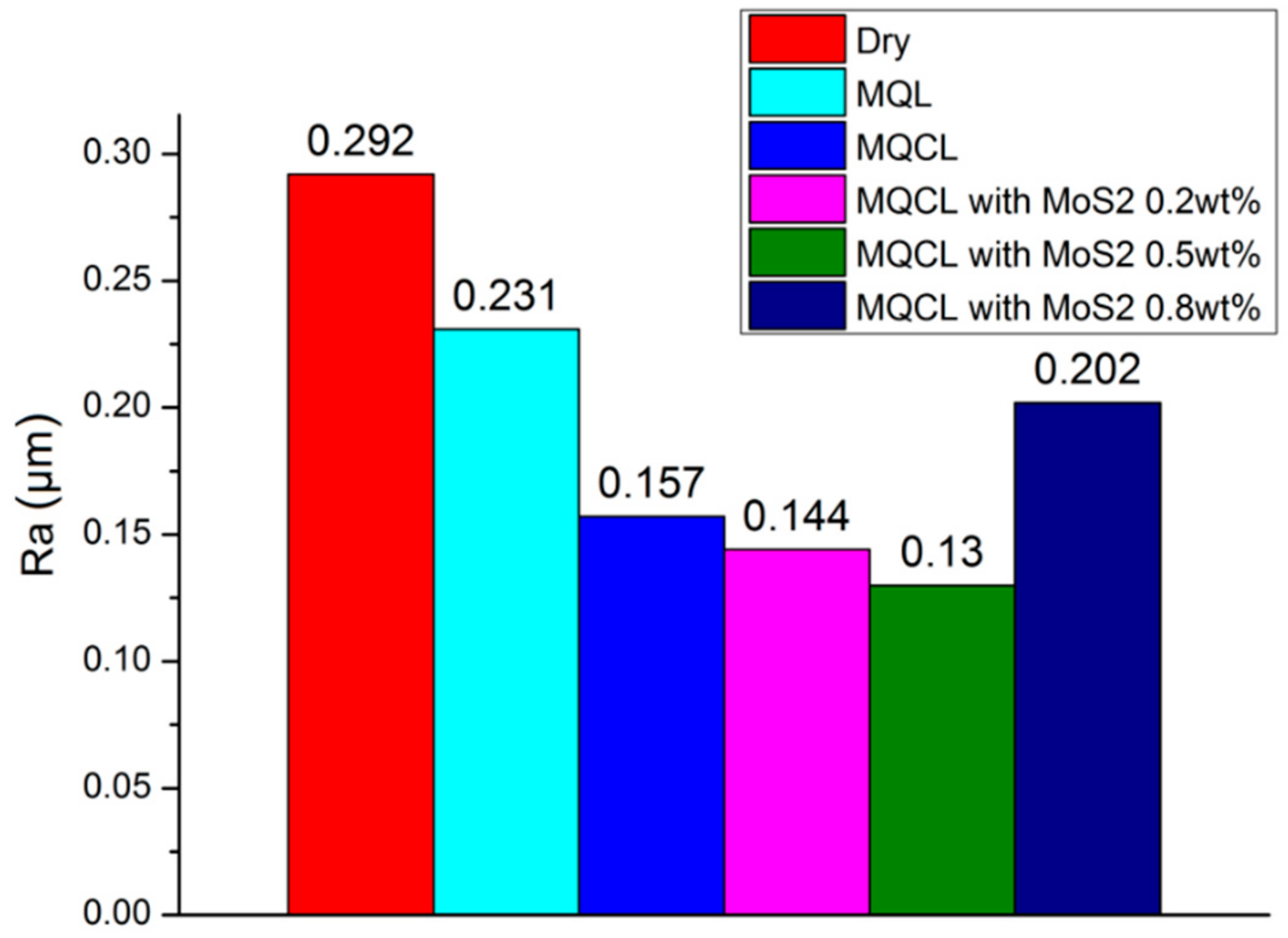 Table 2. Control factors and their levels.
Table 2. Control factors and their levels.
© 2019 by the authors. Licensee MDPI, Basel, Switzerland. This article is an open access article distributed under the terms and conditions of the Creative Commons Attribution (CC BY) license (http://creativecommons.org/licenses/by/4.0/).
We use cookies on our website to ensure you get the best experience. Read more about our cookies here.
Accept
We have just recently launched a new version of our website. Help us to further improve by taking part in this short 5 minute survey here. here.
Never show this again