Use, Practices and Attitudes of Sports Nutrition and Strength and Conditioning Practitioners towards Tart Cherry Supplementation
Next Article in Special Issue

Periodization and Programming in Sports
Previous Article in Journal

2.1. Experimental Approach to the Problem

This investigation is a follow-up of an intervention study published by our research team, investigating the effects of explosive strength training on the energy cost of running [11]. In the original version of the study, concurrent training was followed by 4 weeks of strength training cessation, during which running sessions were maintained. Due to a major dropout rate (more than 40%) after the 1st cohort, the training cessation part was cancelled. Nonetheless, some participants from this 1st cohort completed the entire study, and their results are now presented in this case report. Briefly, participants were divided into 3 groups (plyometric training—PT, dynamic weight training—DWT or a control intervention—running only) for an 8-week concurrent training protocol, which was immediately followed by 4 weeks of explosive strength training cessation. Participants were therefore tested at baseline, after the concurrent training protocol and after the training cessation period. This study was reviewed and approved by the Research Ethics Board at Université de Montréal, where the study was conducted. All subjects were informed about the risks and benefits of the investigation and then provided informed consent before participating in the study.

All tests were performed at the same hour of the day, and organized into three testing sessions separated by at least 48 h, using the following sequence: (1) Cr and , (2) lower-body maximal power, (3) countermovement jumps (CMJ) and the 3000 m time trial. Testing at all 3 time points (pre, post and follow-up) included measurements of key aerobic indices of running performance [12] and a 3000 m time-trial. (mL·kg−1·min−1) was measured (Moxus, AEI Technologies, Naperville, IL, USA) during an incremental test until exhaustion on a treadmill (Quinton, VA, USA), which also led to the identification of peak treadmill speed (PTS). Aerobic endurance represented the ratio (%) between the average speed maintained during the 3000 m time-trial and PTS [13]. The 3000 m time-trial was performed on a 200 m indoor track. Furthermore, lower body neuromuscular performances were assessed. A force-velocity squat test was completed on a guided rack and maximal power (W) was measured using a linear encoder (MuscleLab, Ergotest, Langesund, Norway). Vertical jump height (cm) was measured with an optical system (Optojump, Microgate, Bolzano, Italy) during a CMJ. Body mass index (kg/m2) was also measured at each time point.

During the concurrent training period, PT and DWT participants included 1 explosive strength training session weekly in addition to their normal running regimen. Strength training load was equivalent for both experimental groups with 3 to 6 sets of 8 repetitions completed during each session. While PT participants executed drop jumps with a starting box height that optimized vertical jump performance, the DWT protocol consisted of concentric-only jumps with a load that optimized power output. Feedback was provided after each repetition to control intensity as the objective was to achieve 95% of peak performance for each repetition (peak power established during a force-velocity test for DWT; maximal vertical jump height for PT). The running program, equivalent between experimental groups [11], included 3 weekly sessions, with an emphasis on (1) maximal aerobic speed, (2) intermittent aerobic endurance and (3) continuous aerobic endurance. All training sessions were separated by at least 24 h.

Considering the small sample size, a descriptive approach was prioritized. First, all individual scores were reported. Effect sizes (Hedges’ g) were calculated as described previously [14] using absolute scores for the entire sample (n = 8) but also for each training intervention. Interpretation was based on Cohen’s scale [15] where the effect was considered trivial (g < 0.20), small (0.20 ≤ g < 0.50), moderate (0.50 ≤ g < 0.79), or large (g ≥ 0.80). Moreover, individual relative changes (RC) from pre- to post concurrent training and from pre to follow-up were calculated ((post-pre)/pre * 100). Confidence intervals (95% CI) were then computed based on these relative changes. Cr changes were interpreted considering the smallest detectable difference (≅2%) as well as the typical adaptations observed after concurrent training interventions (2–8%) [7].

The study was conducted according to the guidelines of the Declaration of Helsinki, and approved by the Ethics Committee (Comité d’éthique de la recherche des sciences de la santé, Université de Montréal, #748, November 10th 2006). 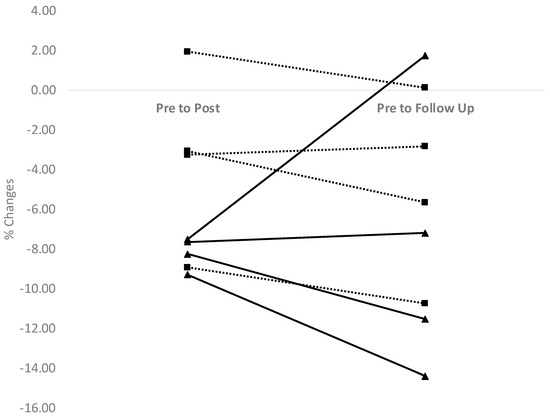 Table 2. Anthropometry and neuromuscular performances.
Table 2. Anthropometry and neuromuscular performances.
Each line (P1–P4 and D1–D4) corresponds to a participant. BMI: Body Mass Index, CMJ: countermovement jump, FU: follow-up, ESa-b-c: effect size a—post vs. pre, b—FU vs. post, c—FU vs. pre, NA: data non-available at FU, so participant (D3) excluded from means, SD and ES calculations.
© 2020 by the authors. Licensee MDPI, Basel, Switzerland. This article is an open access article distributed under the terms and conditions of the Creative Commons Attribution (CC BY) license (http://creativecommons.org/licenses/by/4.0/).
We use cookies on our website to ensure you get the best experience. Read more about our cookies here.
Accept
We have just recently launched a new version of our website. Help us to further improve by taking part in this short 5 minute survey here. here.
Never show this again