The Effects of a Multi-Ingredient Performance Supplement Combined with Resistance Training on Exercise Volume, Muscular Strength, and Body Composition
Next Article in Special Issue

Health and Sociodemographic Differences between Individual and Team Sport Participants

To examine the differences in the snatch between successful and unsuccessful lifts, barbell trajectory data were collected during the 2017 International Weightlifting Federation (IWF) World Championship, and the IWF Junior World Championship. The data were then quantified by video analysis. Permission for filming for the purpose of the study was granted by the IWF. Our study has obtained the approval from the institutional review board at the Japan Institute of Sport Sciences.
The snatch attempts were recorded using a digital video camera (HDR-CX670, SONY, Tokyo, Japan) operating at 60 Hz, with a shutter speed set at 1/500 sec. The camera was placed approximately 20 m from the lifting platform and almost perpendicular to the left side of the sagittal plane. In this study, the data included successful and unsuccessful snatch lifts achieved at the same weights in the same lifter— an unsuccessful lift was attributed to a frontward barbell drop. If there were two unsuccessful lifts at the same weight, the first unsuccessful lift was used for the study data. The categories (junior or senior), weight categories, and barbell weights are listed in Table 1. Sixty-one lifters had successful and unsuccessful snatch lifts achieved at the same weights, with frontward drops in 122 total snatch lifts. Some of the recorded snatch lift motions were not analyzed, because the lifter and the lift could not be viewed clearly because of obstacles passing in front of the camera during recording.

All of the data were presented as means ± standard deviation (SD). The Kolmogorov–Smirnov test was used to test the normality of the distributions. Paired t-tests were used to compare all of the barbell variables between the successful and unsuccessful snatch lifts. The magnitude of the differences was determined via the calculation of Cohen’s d-effect size. The magnitudes of the effect sizes were interpreted as small (~0.2), medium (~0.5), and large (~0.8) [11]. The level of significance was set at p < 0.05 for all of the statistical tests performed.

In the 2017 IWF World Championship and Junior World Championship, the success rate and failure rate of snatch in men were 61.2% (574 attempts) and 38.8% (363 attempts), respectively. The highest percentage of unsuccessful lift types was observed in the frontward barbell drop (65.8%; 239 attempts), followed by the backward barbell drop (25.1%; 91 attempts). Other unsuccessful lift types included the press-out and quit lift before second pull (9.1%; 33 attempts).
Barbell parameters with statistically significant differences, with a small effect size were found between successful and unsuccessful snatch lifts (Table 3). The difference between successful and unsuccessful snatch was characterized by Dy3, pFy_2nd, DxL, and DxR.

This study revealed that when dropping the barbell in front in an unsuccessful lift, DxL and DxR were significantly larger in the successful lift than those in the unsuccessful lift. These results suggested that DxL and DxR are factors of a successful snatch. To catch the barbell, the lifter has to move the barbell and bring it to the proper position, and the catch position involves keeping the arms extended and overhead in a squatting position. The relative positions of the barbell and the lifter are determined by the amount of forward and backward displacement of the barbell, the forward and backward displacement of the lifter, and the posture of catch position. The results of this study suggested that DxL and DxR affect the relative positions of the barbell and the lifter, and influence the success or failure of the lift. Isaka et al. [12] reported that the barbell should move along the vertical reference line of the barbell’s start position, with minimal horizontal displacement. This would reduce the horizontal work required for an effective lifting technique. In contrast, Stone et al. [4] suggested that lifts with a backward displacement of the barbell (DxL) are also regarded as a positive technique for producing force. From the perspective of the successful snatch lift, the amount of backward barbell displacement from the second pull phase to the catch phase is in the appropriate range to catch the barbell, with neither a maximization nor minimization of either parameter.
Gourgoulis et al. [5] suggested that skilled weightlifters showed a stable pattern in their barbell movement, regardless of the final outcome of the lift. However, we revealed several significant differences in the barbell kinematics and kinetics. This study obtained results different from those in previous studies, through the analysis of a relatively large sample size of lifters.

This study compared successful and unsuccessful snatch lifts using the same weights; the unsuccessful lift was due to the frontward barbell drop only. Hence, the success factors of snatch presented in this study may not be applicable to other types of unsuccessful snatch, such as the backward barbell drop. Moreover, whether the success factor of the snatch using weights exceeding the maximum, based on the weight of the lifters, is consistent with our results remains unclear. 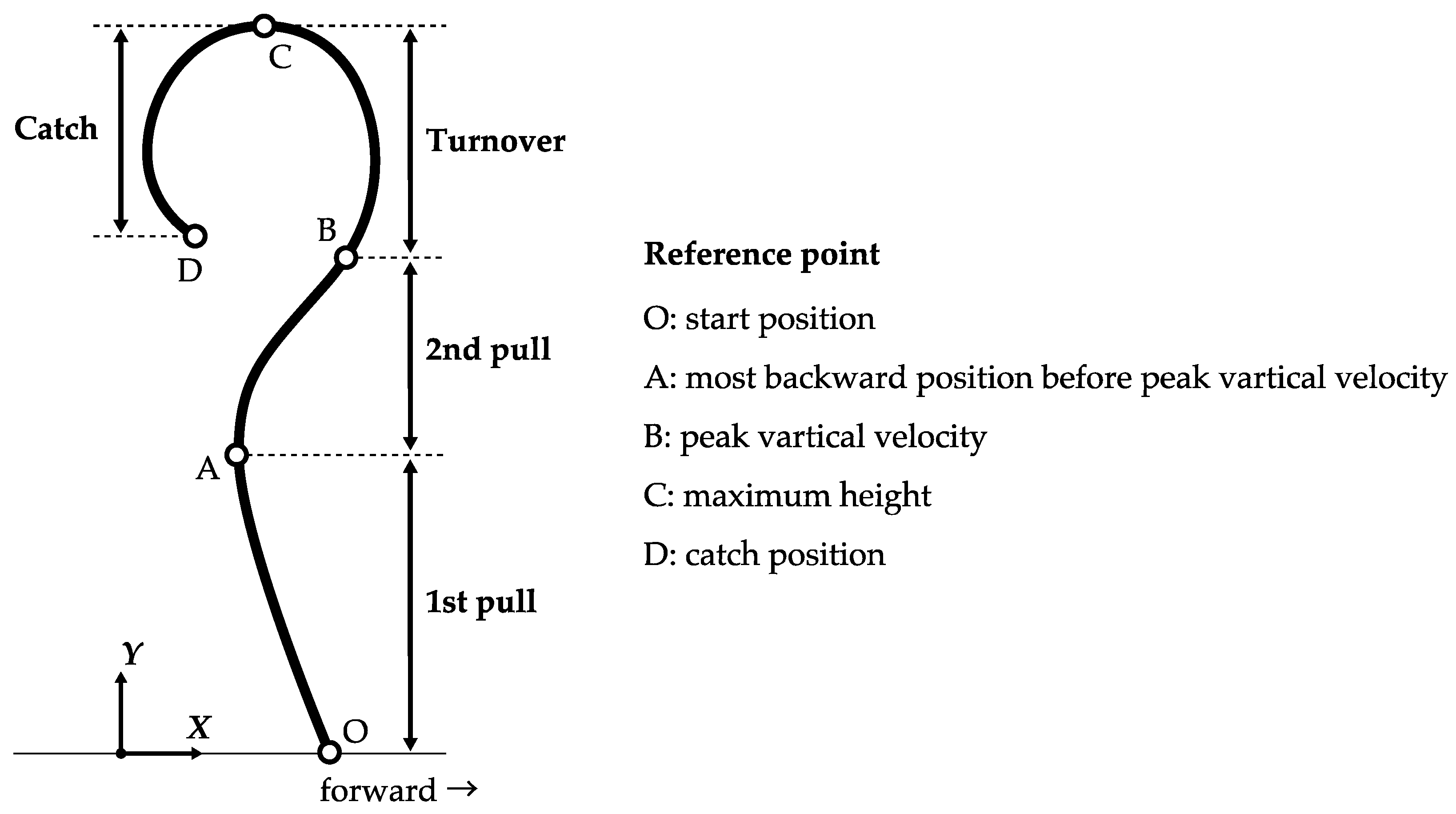