Sperm Cells of a Primitive Strepsipteran
Previous Article in Journal

A Third Way for Entomophthoralean Fungi to Survive the Winter: Slow Disease Transmission between Individuals of the Hibernating Host

The Asian tiger mosquito, Aedes albopictus, is a competent vector for arboviruses and recently was implicated as the vector of the first autochthonous cases of dengue and chikungunya in southern Europe. The objective of this study was to analyze the flight performance of female Ae. albopictus of different ages that were starved, sugar-fed, or sugar-fed and blood-fed, using flight mills. After three days of starvation post emergence, females flew an average distance of 0.7 ± 0.5 km in 1.9 ± 1.5 h during a 16 h trial period, whereas sugar- or sugar- and blood-fed females of this age covered a significantly higher distance of around 3 km with a mean total flight time of around 6 h. The age of females (up to four weeks) had no effect on performance. The average of maximal continuous flight segments of sugar-fed (2.14 ± 0.69 h) and blood-fed (3.17 ± 0.82 h) females was distinctly higher than of starved females (0.38 ± 0.15 h) of which most flyers (83%) performed maximal flight segments that lasted no longer than 0.5 h. Overall, the results for the laboratory monitored flight performance of Ae. albopictus confirm their ability to disperse a few kilometres between breeding site and host. View Full-Text
Keywords: Aedes albopictus; flight potential; distance; vector; mosquito Aedes albopictus; flight potential; distance; vector; mosquito
►▼ Show Figures 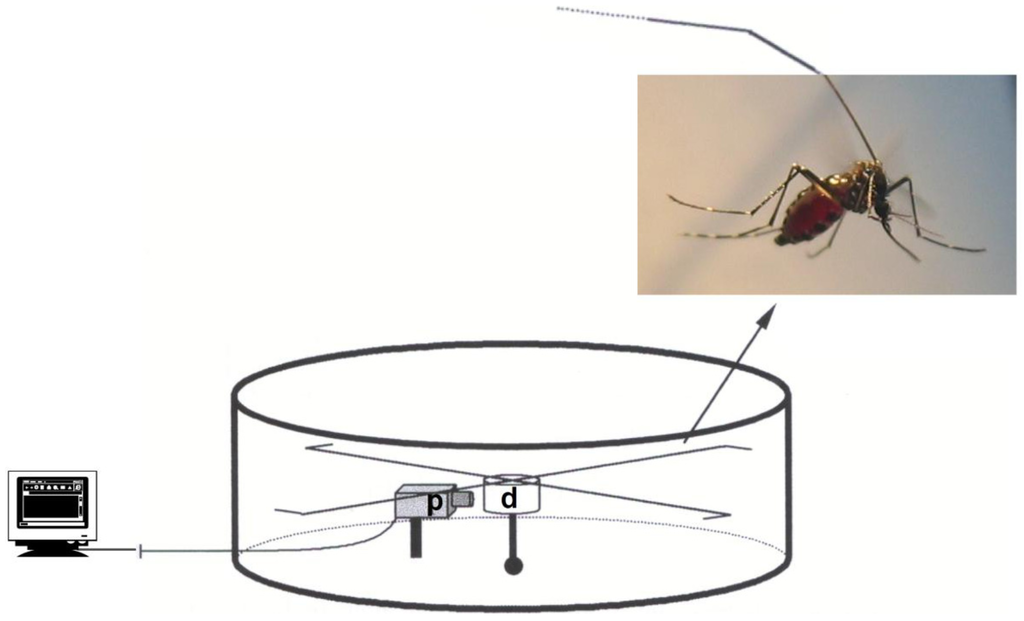