New Insights into the Role of miR-29a in Hepatocellular Carcinoma: Implications in Mechanisms and Theragnostics
Previous Article in Special Issue

Translational Research in the Era of Precision Medicine: Where We Are and Where We Will Go

Major depressive disorder (MDD) is an exceedingly prevalent disease that causes significant disability worldwide [1]. Taking into account that approximately one-third of patients exhibit a poor response to MDD treatment, the need for more effective therapeutic strategies is a pressing medical objective [2]. Both experimental and human findings have underlined the relevance of abnormal immune-inflammatory response in the pathogenesis of depression [3]. Immunomodulation is a potential innovative therapy for MDD patients with promising results having been reported [4].
CD4+ T lymphocytes are critically important in the regulation of the immune response. CD4+ T lymphocytes are a phenotypical and regulatory diverse immune system cell population. This lymphocyte heterogeneity includes different patterns of cytokine secretion and stages of differentiation/activation [5,6,7]. CD4+ T lymphocyte subsets are characterized by their capacity to produce cytokines such as interferon (IFN)γ, interleukin (IL)-4 or IL-17A, and are subsequently referred to as Th1, Th2 and Th17, respectively [8]. Furthermore, based on their distinctive pattern of activation and effector functions, CD4+ T lymphocytes are categorized into different subsets according to their CCR7, CD27 or CD62L antigen surface expression. The critical difference in the expression of these membrane molecules is the kinesis of their loss or acquisition throughout the different T activation/differentiation stages [9]. Therefore, it has been proposed that CD4+ T lymphocyte subsets include CD45RA+CCR7+ naïve (TN), CD45RA-CCR7+ central memory (TCM), CD45RA-CCR7- effector memory (TEM) and CD45RA+CCR7- effector (TE) subsets [10]. TN exhibit non-effector functions while TCM show high rates of proliferation and express multiple effector molecules, such as cytokines, in response to antigen stimulation and less intensive activation requirements [11,12]. TEM also expresses effector cytokines but has reduced proliferative capacity while TE is at a final differentiation stage, exhibiting increased levels of cytokine production [13]. In addition to the different requirements for activation, proliferation and survival, TN, TCM, TEM and TE subsets also show a distinct capacity between them in terms of entering lymphoid and non-lymphoid inflamed tissues [14].
Although contradictory results have been published, there is a general consensus indicating that MDD patients have abnormal circulating levels of pro-inflammatory and regulatory cytokines [15]. Increased levels of tumor necrosis factor (TNF-alpha), a critical pro-inflammatory and regulatory cytokine, have been found in patients with MDD [16]. Furthermore, the serum levels IL-17A have also been found to be normal or elevated in MDD patients, with some reports also showing increased concentrations of serum IFNγ [17,18]. In this context, we have hypothesized that MDD patients could have an abnormal distribution of CD4+ T lymphocytes throughout the different stages of activation/differentiation, as well as abnormal patterns of cytokine production that might be involved in the pathogenesis of the immune dysfunction observed in MDD patients.
In this study, we have investigated the distribution of the Th1, Th2 and Th17 subsets in circulating CD4+ T lymphocytes and their TN, TCM, TEM and TE activation/differentiation stages in patients with MDD. In order to avoid confounding factors, we selected a homogeneous population of 30 MDD patients for our study, one with no other concurrent diseases present that could be associated with immune system abnormalities. Simultaneously, we included 30 age, sex, body mass index (BMI), race and epidemiologically matched healthy controls (HCs). We also studied the serum levels of IFNγ, IL-4, IL-17 and TNF-alpha.

We recruited 30 patients diagnosed with MDD from the Departments of Psychiatry at both the Clinica Universidad de Navarra and the Hospital Universitario Príncipe de Asturias. The inclusion criteria were as follows: (a) a psychiatrist-confirmed diagnosis of MDD, single or recurrent, according to Diagnostic and Statistical Manual of Mental Disorders criteria, Fifth Edition (DSM-V) (American Psychiatric Association, 2013); (b) a minimum score of 14 points on the 17-item Hamilton Rating Scale for Depression (HRSD); and (c) an age between 18 and 65 years. Potential subjects were excluded for the following reasons: (1) an acute (exhibited in the last three months) or chronic bacterial or viral infection; (2) the use of steroids or any immunomodulatory pharmacotherapy in the past three months; (3) an autoimmune disease, a cardiovascular disease (e.g., hypertension and ischemic heart disease), or a hematopoietic, lung, hepatic, or renal disorder; (4) an endocrine or metabolic disease (e.g., diabetes mellitus and hypercholesterolemia) or a body-mass index (BMI) higher than 30; (5) a history of malignancy; (6) immunodeficiency or malnutrition; (7) pregnancy or lactation; (8) concomitant psychiatric disorder, evaluated using the MINI International Neuropsychiatric Interview [19]. Simultaneously, we studied 30 sex-, age-, and BMI-matched HCs belonging to the same epidemiological area.
The ethics committees of the Clinica Universidad de Navarra and the Hospital Universitario Príncipe de Asturias both gave their approval for this study. Prior to their enrollment, all participating individuals gave their written consent only after having the nature and characteristics of the study fully explained to them.

Peripheral blood mononuclear cells (PBMC) were obtained from heparinized venous blood and were separated by Ficoll-Hypaque (LymphoprepTM, Axis-Shield, Oslo, Norway) gradient centrifugation. They were then resuspended in RPMI-1640 with 10% heat-inactivated fetal calf serum (Gibco, Thermofisher, Madrid, Spain), 25mM HEPES and 1% penicillin-streptomycin (Biowhittaker, Verviers, Belgium). Cell enumeration was performed as previously described. The PBMCs of each patients or control were adjusted to 1 106 cells/mL prior to antibody staining.

The spontaneous and stimulated T-lymphocyte subset expression of IFNγ, IL-4, IL-17A, and TNF-alpha was assessed by in vitro intracytoplasmic staining assay. Then, 1 × 106 PBMCs were cultivated and stimulated with 50 ng/mL phorbol-12-myristate-13-acetate (PMA, Sigma-Aldrich, Merck, Barcelona, Spain) plus 1 μg/mL ionomycin (Calbiochem, LaJolla, CA, USA) in the presence of 2 mM monensin (Merck, Barcelona, Spain) for 6 h. Spontaneous cytokine expression was determined in parallel cultures in the absence of exogenous stimuli.

Serum samples from MDD patients and HCs were aliquoted, identified and labeled, and frozen at −80 °C. Then, they were thawed and cytokines were quantified using the high sensitivity human MILLIPLEX® kit (Merck, Barcelona, Spain) to simultaneously measure IFNγ, IL-4, TNF and IL-17A (Millipore, Merck, Barcelona, Spain) following the manufacturer’s instructions and revealing the results by Luminex (MAGPIX® system). The measured cytokines had the following sensitivity limits (0.48 pg/mL for IFNγ, 1.12 pg/mL for IL-4, 0.33 pg/mL for IL-17A and 0.16 for TNF-alpha). The results were analyzed using Analyst 5.1 software MILLIPLEX®.

Analyses were performed using SPSS-22 software (SPSS-IBM, Armonk, NY, USA). Since most variables did not fulfill the normality hypothesis, the Mann–Whitney U-test for non-parametric data was used to analyze differences between groups, and Pearson correlation coefficient was used for the association between indicated continuous variables. The significance level was set at p < 0.05.

The demographic data and clinical characteristics of the 30 MDD patients and 30 HCs included in the study are shown in Table 1. Concerning the demographic characteristics compared between MDD patients and HCs, significant differences were only found for the variable of employment status. The patient group included 19 females and 11 males, ranging from 27 to 53 years of age. The duration of their depressive episode before enrollment in the study was 16.12 ± 2.85 weeks; 17 of these patients (56.7%) had suffered at least one previous MDD episode. The mean value of the HRSD was 15.95 ± 1.25 at the time patients were recruited. Moreover, 10% of the patients presented psychotic (delusional) symptoms during the current episode of study.
All patients received pharmacological treatment according to their doctors’ discretion: 30 (100%) received antidepressant medications, 28 (93.3%) anxiolytics or hypnotics, 5 (16.7%) mood stabilizers, and 10 (33.3%) atypical antipsychotics. In addition, 28 patients (93.3%) received combination pharmacotherapy consisting of at least 2 different types of medication in 19 patients (63.3%) and at least 3 different types of medication in the other 9 patients (30%). None of the patients were treated with electroconvulsive therapy (ECT).

The study was conducted according to the guidelines of the Declaration of Helsinki, and approved by the Ethics Committee of University of Navarre and Hospital Universitario Príncipe de Asturias.

The datasets generated for this study are available on request to the corresponding author. 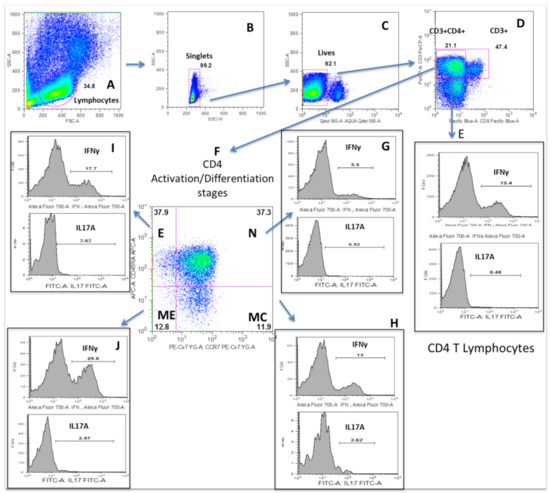 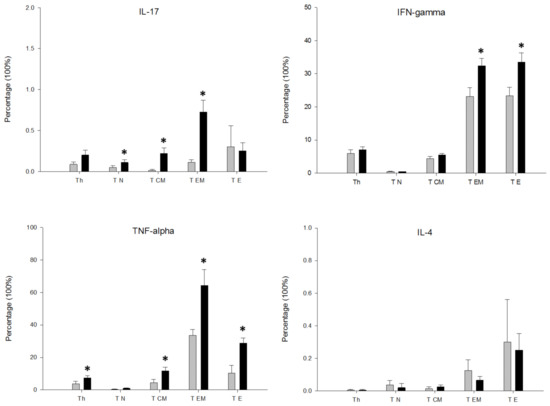 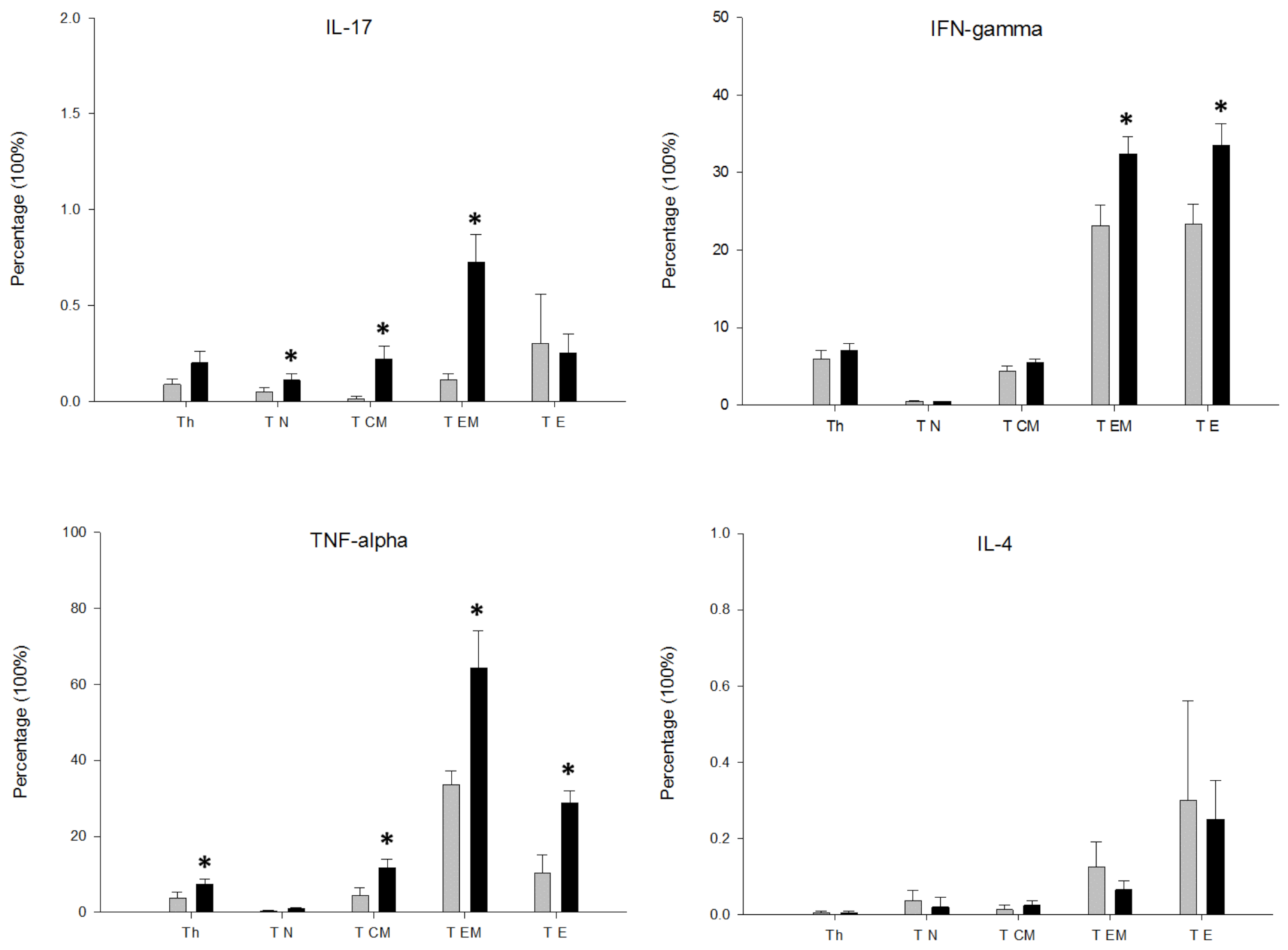 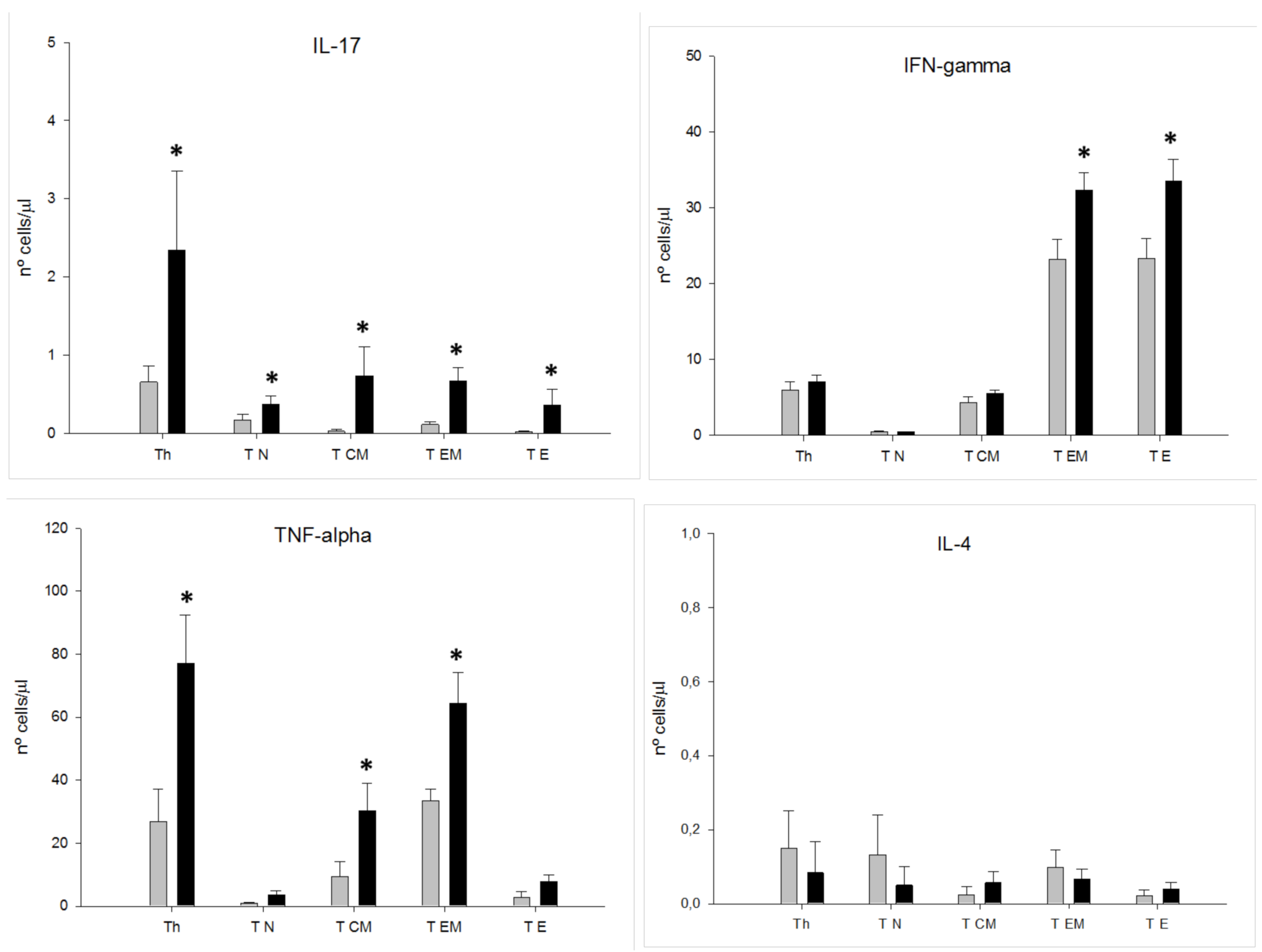 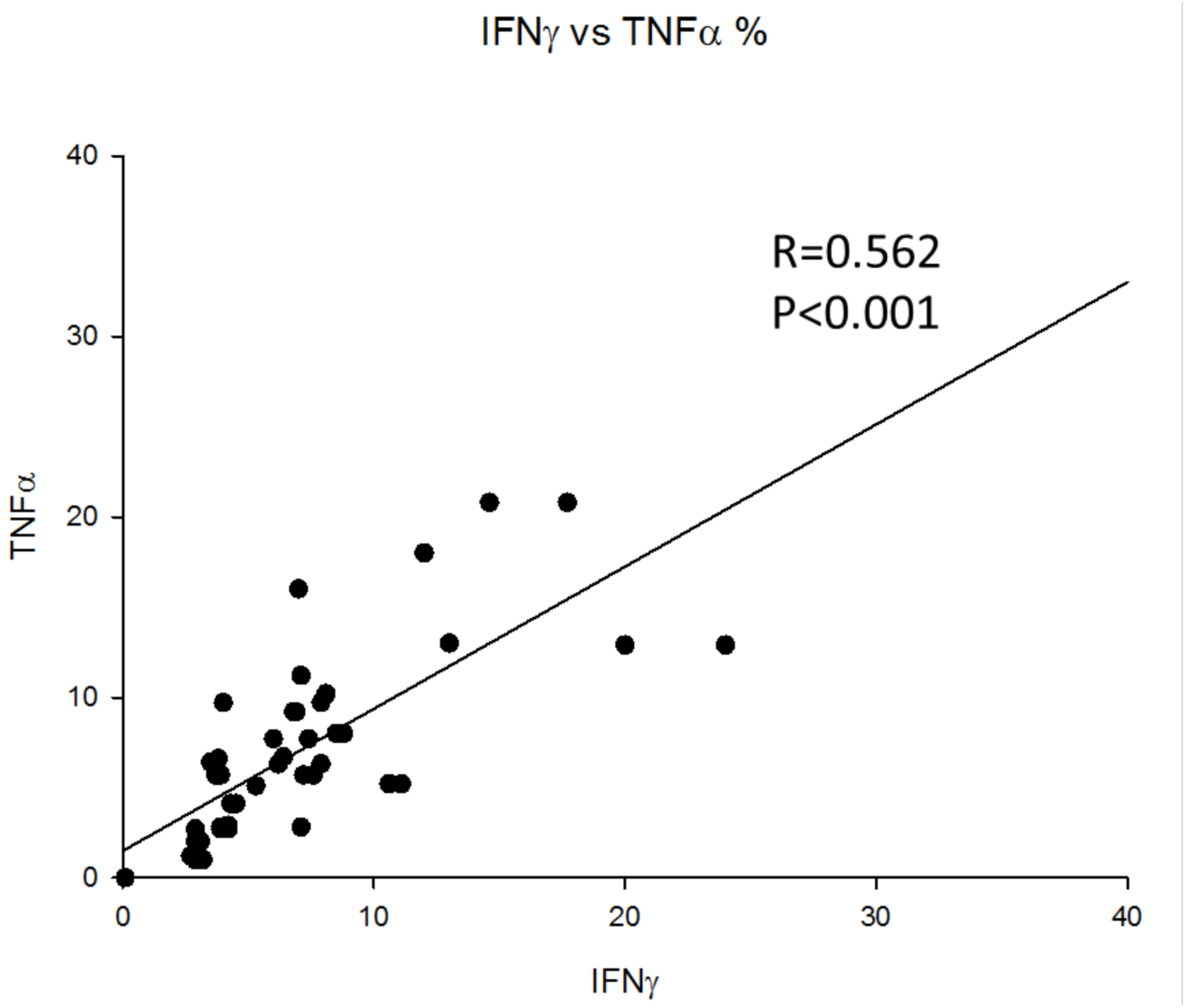