Haloarchaea and the Formation of Gas Vesicles

pTC Plasmids from Sulfolobus Species in the Geothermal Area of Tengchong, China: Genomic Conservation and Naturally-Occurring Variations as a Result of Transposition by Mobile Genetic Elements

Plasmids occur frequently in Archaea. A novel plasmid (denoted pTC1) containing typical conjugation functions has been isolated from Sulfolobus tengchongensis RT8-4, a strain obtained from a hot spring in Tengchong, China, and characterized. The plasmid is a circular double-stranded DNA molecule of 20,417 bp. Among a total of 26 predicted pTC1 ORFs, 23 have homologues in other known Sulfolobus conjugative plasmids (CPs). pTC1 resembles other Sulfolobus CPs in genome architecture, and is most highly conserved in the genomic region encoding conjugation functions. However, attempts to demonstrate experimentally the capacity of the plasmid for conjugational transfer were unsuccessful. A survey revealed that pTC1 and its closely related plasmid variants were widespread in the geothermal area of Tengchong. Variations of the plasmids at the target sites for transposition by an insertion sequence (IS) and a miniature inverted-repeat transposable element (MITE) were readily detected. The IS was efficiently inserted into the pTC1 genome, and the inserted sequence was inactivated and degraded more frequently in an imprecise manner than in a precise manner. These results suggest that the host organism has evolved a strategy to maintain a balance between the insertion and elimination of mobile genetic elements to permit genomic plasticity while inhibiting their fast spreading. View Full-Text
Keywords: pTC plasmids; conjugative plasmids; genome sequence; mobile genetic elements; Sulfolobus tengchongensis pTC plasmids; conjugative plasmids; genome sequence; mobile genetic elements; Sulfolobus tengchongensis
►▼ Show Figures 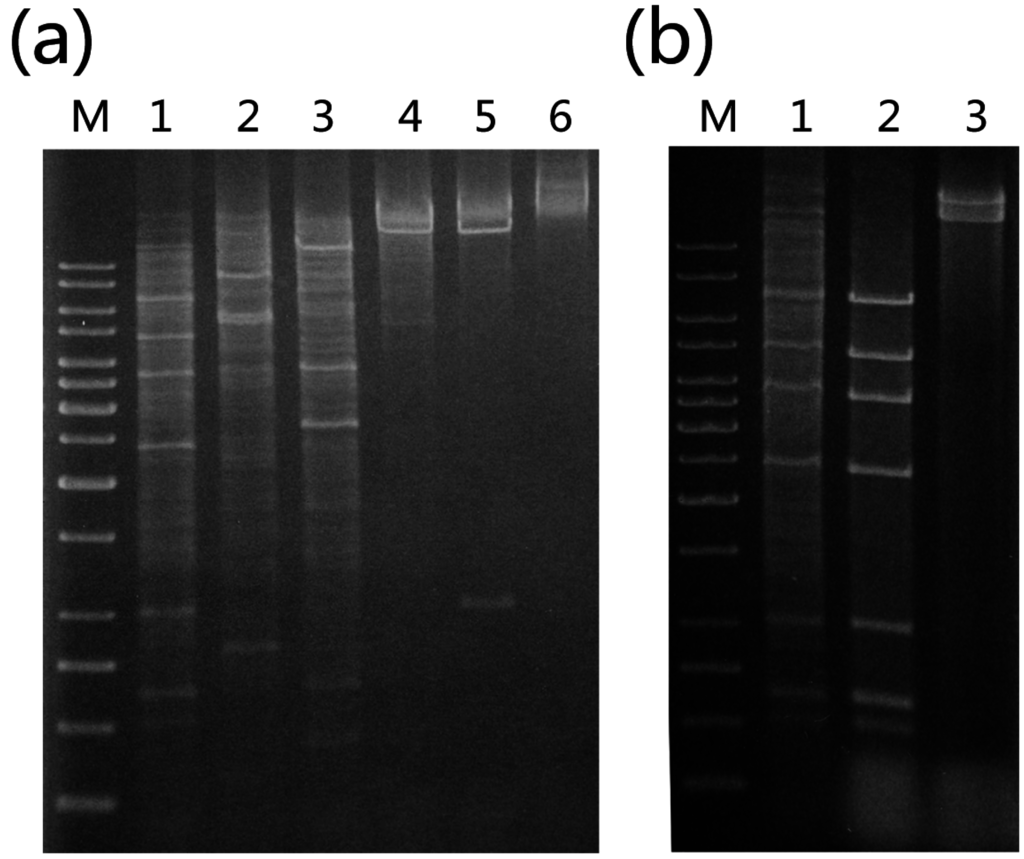