Magnetite is an iron oxide mineral component of primitive Earth. It is naturally synthesized in different ways, such as magma cooling as well as olivine decomposition under hydrothermal conditions. It is probable magnetite played a significant role in biogenesis. The seawater used in the current work contained high Mg2+, Ca2+ and SO42− concentrations, unlike the seawater of today that has high Na+ and Cl− concentrations. It is likely that this seawater better resembled the ion composition of the seas of the Earth from 4 billion years ago. Cyanide and thiocyanate were common molecules in prebiotic Earth, and especially in primitive oceans, where they could act on the magnetite mechanism synthesis via Fe2+ interaction. In this research, magnetite samples that were synthesized under prebiotic conditions in the presence of cyanide or thiocyanate, (both with and without artificial seawater), showed that, besides magnetite, goethite and ferrihydrite can be produced through different Fe2+-ion interactions. Cyanide apparently acts as a protective agent for magnetite production; however, thiocyanate and seawater 4.0 Gy ions produced goethite and ferrihydrite at different ratios. These results validate that Fe3+ oxides/hydroxides were possibly present in primitive Earth, even under anoxic conditions or in the absence of UV radiation. In addition, the results show that the composition of water in early oceans should not be neglected in prebiotic chemistry experiments, since this composition directly influences mineral formation. View Full-Text
Keywords: cyanide; magnetite; prebiotic chemistry; thiocyanate cyanide; magnetite; prebiotic chemistry; thiocyanate
►▼ Show Figures 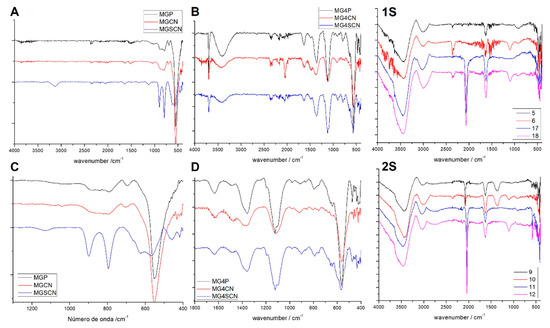