Structural and Electronic Properties of Different Terminations for Quartz (001) Surfaces as Well as Water Molecule Adsorption on It: A First-Principles Study
Previous Article in Special Issue

The float-sink test is a commonly used technology for the study of coal washability, which determines optimal separation density for coal washing based on the desired sulfur and ash yield of the cleaned coal. In this study, the float-sink test is adopted for a high-sulfur Late Permian coal from Hongfa coalmine (No.26), southwestern Guizhou, China, to investigate its washability, and to analyze the organic affinities and distribution behaviors of some toxic and valuable trace elements. Results show that the coal is difficult to separate in terms of desulfurization. A cleaned coal could theoretically be obtained with a yield of 75.50%, sulfur 2.50%, and ash yield 11.33% when the separation density is 1.57 g/cm3. Trace elements’ distribution behaviors during the gravity separation were evaluated by correlation analysis and calculation. It was found that Cs, Ga, Ta, Th, Rb, Sb, Nb, Hf, Ba, Pb, In, Cu, and Zr are of significant inorganic affinity; while Sn, Co, Re, U, Mo, V, Cr, Ni, and Be are of relatively strong organic affinity. LREE (Light rare earth elements), however, seem to have weaker organic affinity than HREE (Heavy rare earth elements), which can probably be attributed to lanthanide contraction. When the separation density is 1.60 g/cm3, a large proportion of Sn, Be, Cr, U, V, Mo, Ni, Cd, Pb, and Cu migrate to the cleaned coal, but most of Mn, Sb and Th stay in the gangue. Coal preparation provides alternativity for either toxic elements removal or valuable elements preconcentration in addition to desulfurization and deashing. The enrichment of trace elements in the cleaned coal depends on the predetermined separation density which will influence the yields and ash yields of the cleaned coal. View Full-Text
Keywords: high sulfur coal; toxic elements; organic affinity; distribution behaviors; washability high sulfur coal; toxic elements; organic affinity; distribution behaviors; washability
►▼ Show Figures 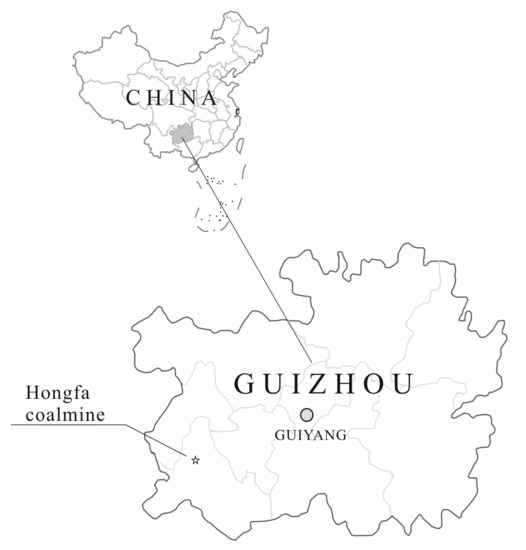