Study on the Selection of Comminution Circuits for a Magnetite Ore in Eastern Hebei, China
Previous Article in Special Issue

The Fate of Trace Elements in Yanshan Coal during Fast Pyrolysis

Modes of Occurrence and Abundance of Trace Elements in Pennsylvanian Coals from the Pingshuo Mine, Ningwu Coalfield, Shanxi Province, China

The Pingshuo Mine is an important coal mine of the Ningwu coalfield in northern Shanxi Province, China. To investigate the mineralogy and geochemistry of Pingshuo coals, core samples from the mineable No. 4 coals were collected. The minerals, major element oxides, and trace elements were analyzed by scanning electron microscopy (SEM), LTA-XRD in combination with Siroquant software, X-ray fluorescence (XRF), inductively coupled plasma mass spectrometry (ICP-MS) and ICP-CCT-MS (As and Se). The minerals in the Pennsylvanian coals from the Pingshuo Mine dominantly consist of kaolinite and boehmite, with minor amounts of siderite, anatase, goyazite, calcite, apatite and florencite. Major-element oxides including SiO2 (9.54 wt %), Al2O3 (9.68 wt %), and TiO2 (0.63 wt %), as well as trace elements including Hg (449.63 ng/g), Zr (285.95 μg/g), Cu (36.72 μg/g), Ga (18.47 μg/g), Se (5.99 μg/g), Cd (0.43 μg/g), Hf (7.14 μg/g), and Pb (40.63 μg/g) are enriched in the coal. Lithium and Hg present strong positive correlations with ash yield and SiO2, indicating an inorganic affinity. Elements Sr, Ba, Be, As and Ga have strong positive correlations with CaO and P2O5, indicating that most of these elements may be either associated with phosphates and carbonates or have an inorganic–organic affinity. Some of the Zr and Hf may occur in anatase due to their strong positive correlations with TiO2. View Full-Text
Keywords: Pennsylvanian coals; minerals; trace elements; Ningwu Coalfield Pennsylvanian coals; minerals; trace elements; Ningwu Coalfield
►▼ Show Figures 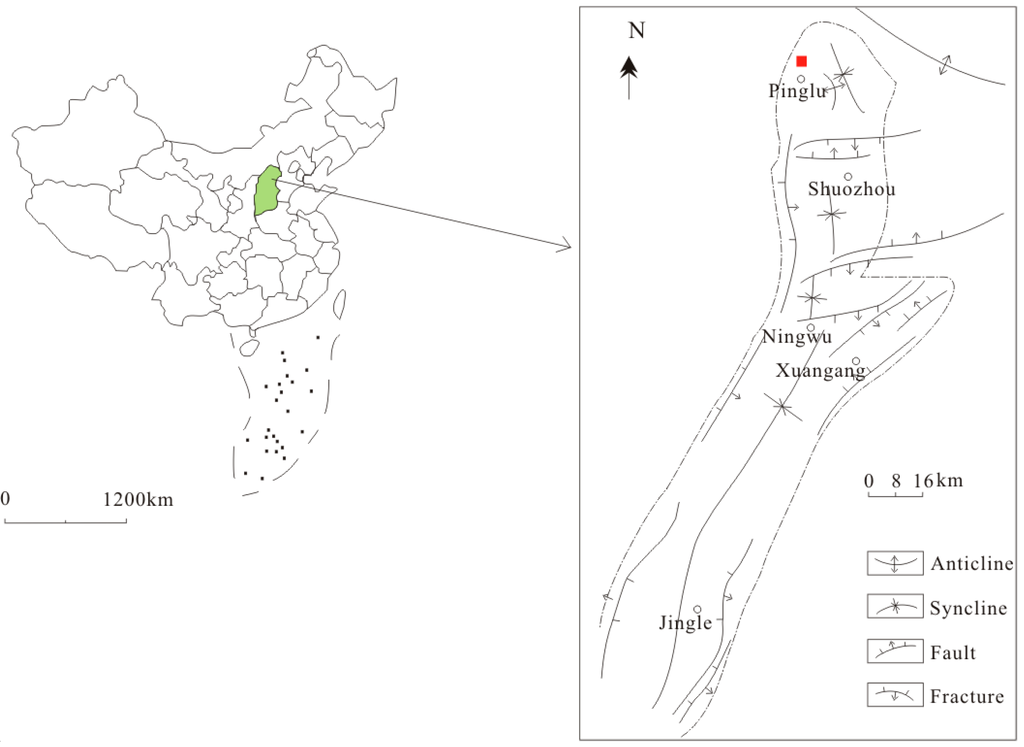